Like the best resumes, the best applications deserve a second look. Last year, we checked out Resume Worded for how it makes resume writing a little easier by giving you some good phrases and word choice advice.

While this content remains and is incredibly well done (Rohan Mahtani, the creator, also includes some amazing checklists), there’s a new feature to highlight today.

This time around, the company has added a new “Score My Resume” feature. I got a chance to play around with it a few times, and below is a quick overview…

The app reviews your resume on three aspects:
1. Impact – which looks at word choice aspects like metric-based language to showcase accomplishments.
2. Brevity – which focuses on length, depth, and filler language.
3. Style – which considers the use of buzzwords, section choices, personal pronouns and core sections.

Each of those three dimensions has sub-dimensions that you get evaluated on.

Your resume is graded on a total of 1-100 and each of the three major sections and subsections gets a grade of 1-10.

Scores lower than 8 are considered in need of review. In theory, scores less than 5 are critical reviews and need to be fixed right away.

The app uses similar technology to what current applicant tracking systems use, so it’s a good run-through to ensure the information can be captured when you’re applying for jobs.

I ran a few resumes to see how it worked, but I’ll share the experience of my own.

So, I attached my own resume and got a 60/100. In general, as a HR professional I would agree with the feedback I received- my resume is probably a little too long and could use with some fine tuning on the language.

Of the other resumes I reviewed, the feedback was pretty consistent with what I would have said as well. I find the tool to be easy to use and the feedback is useful. The screen shots can tell you more: 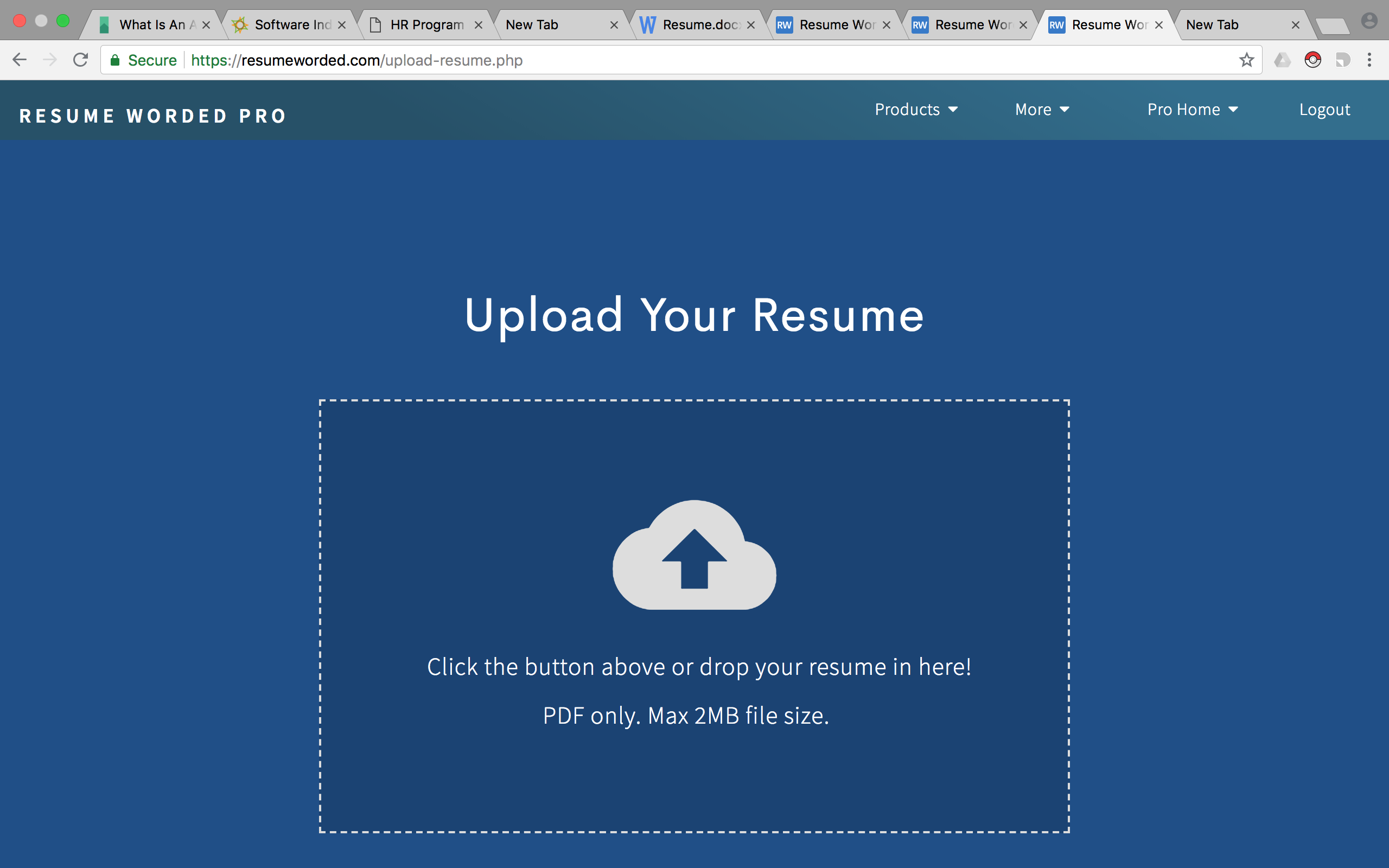 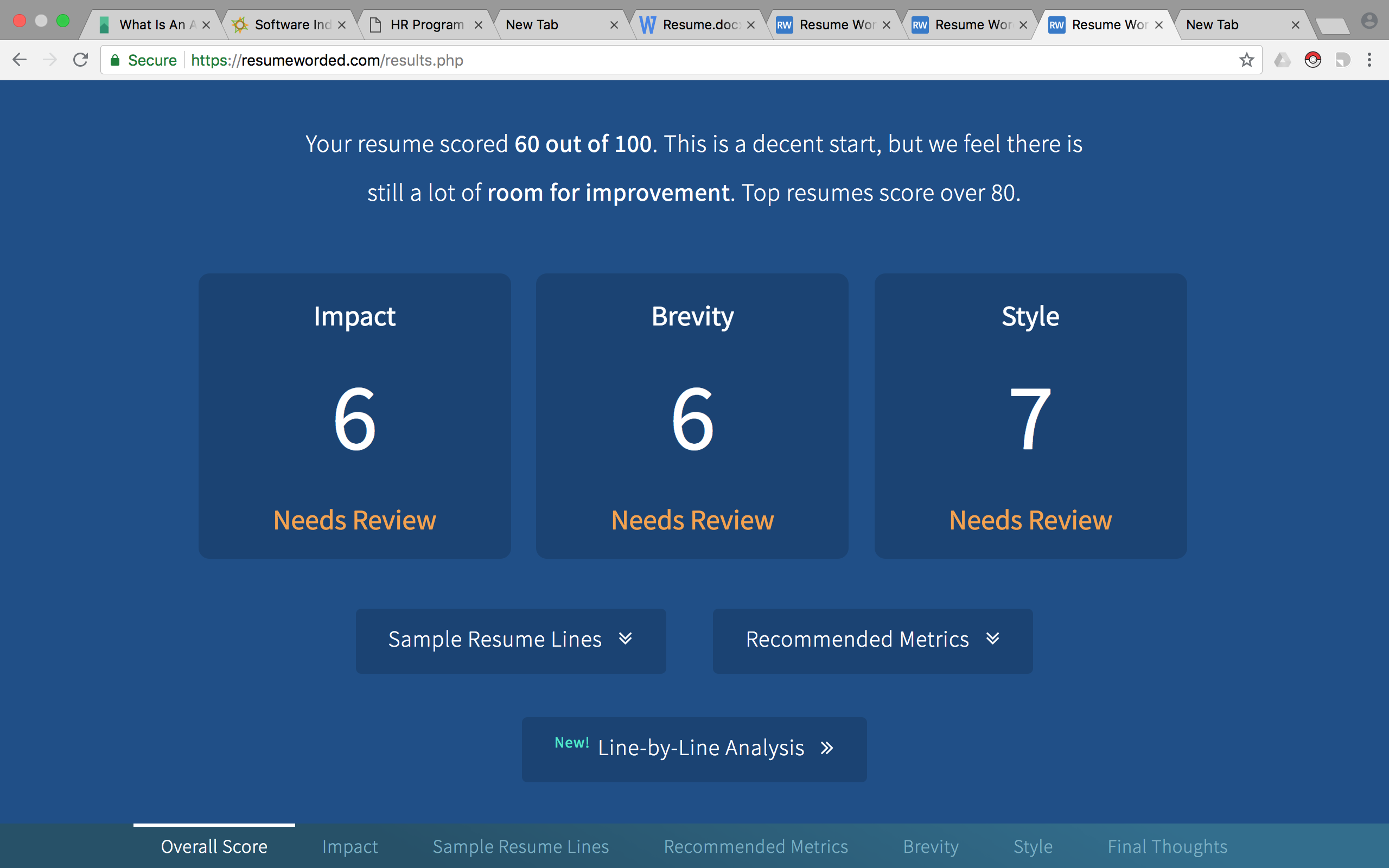 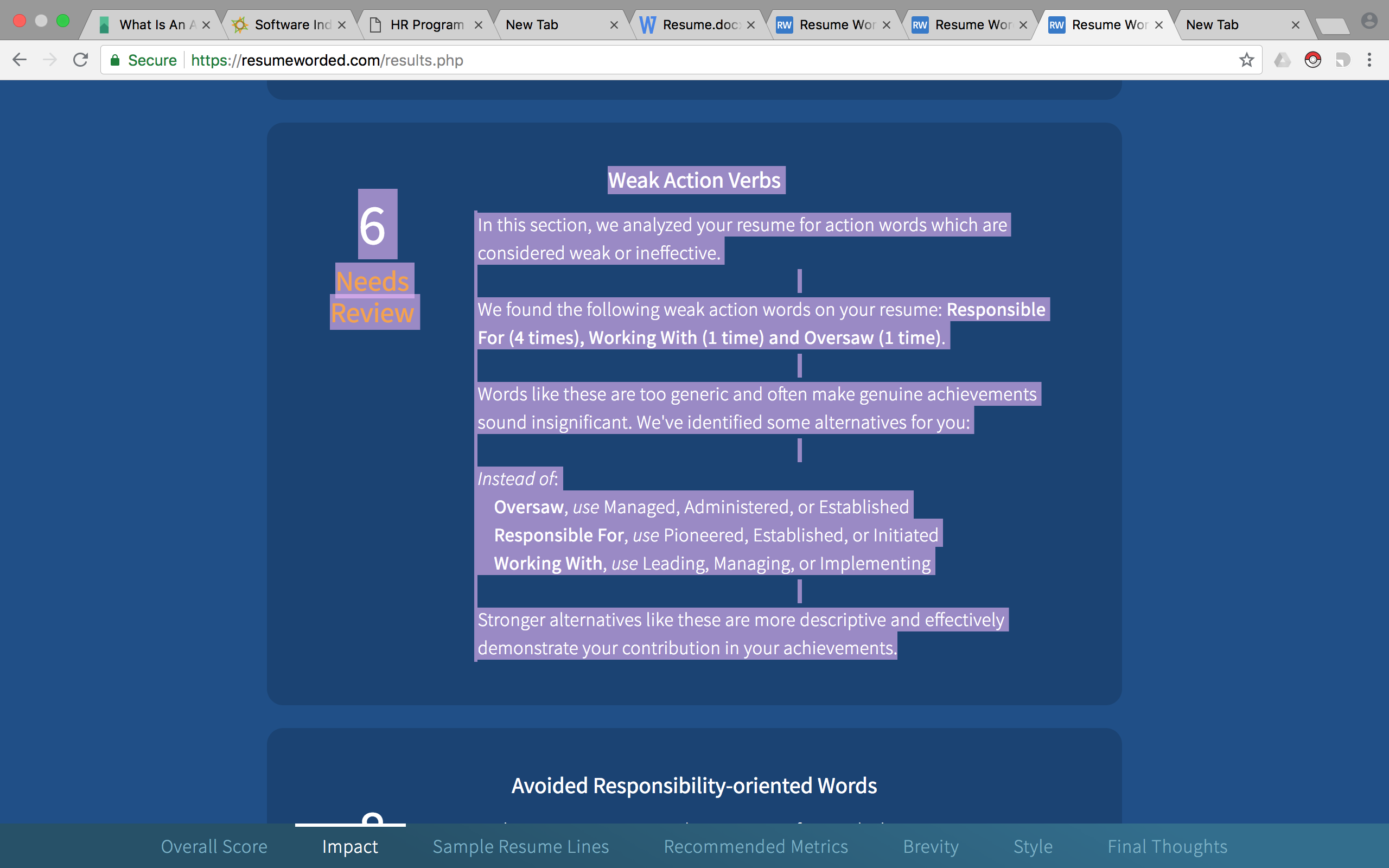 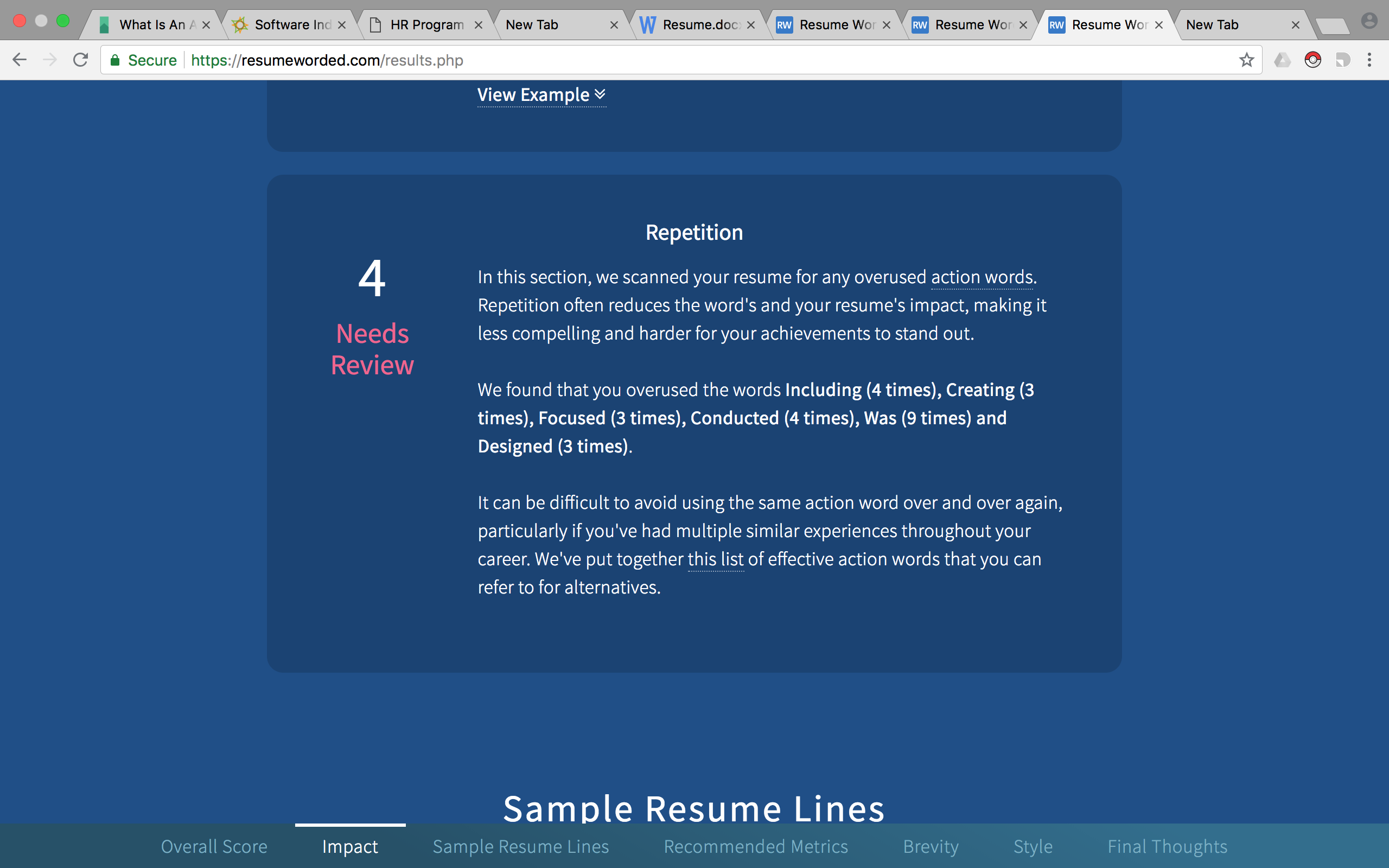 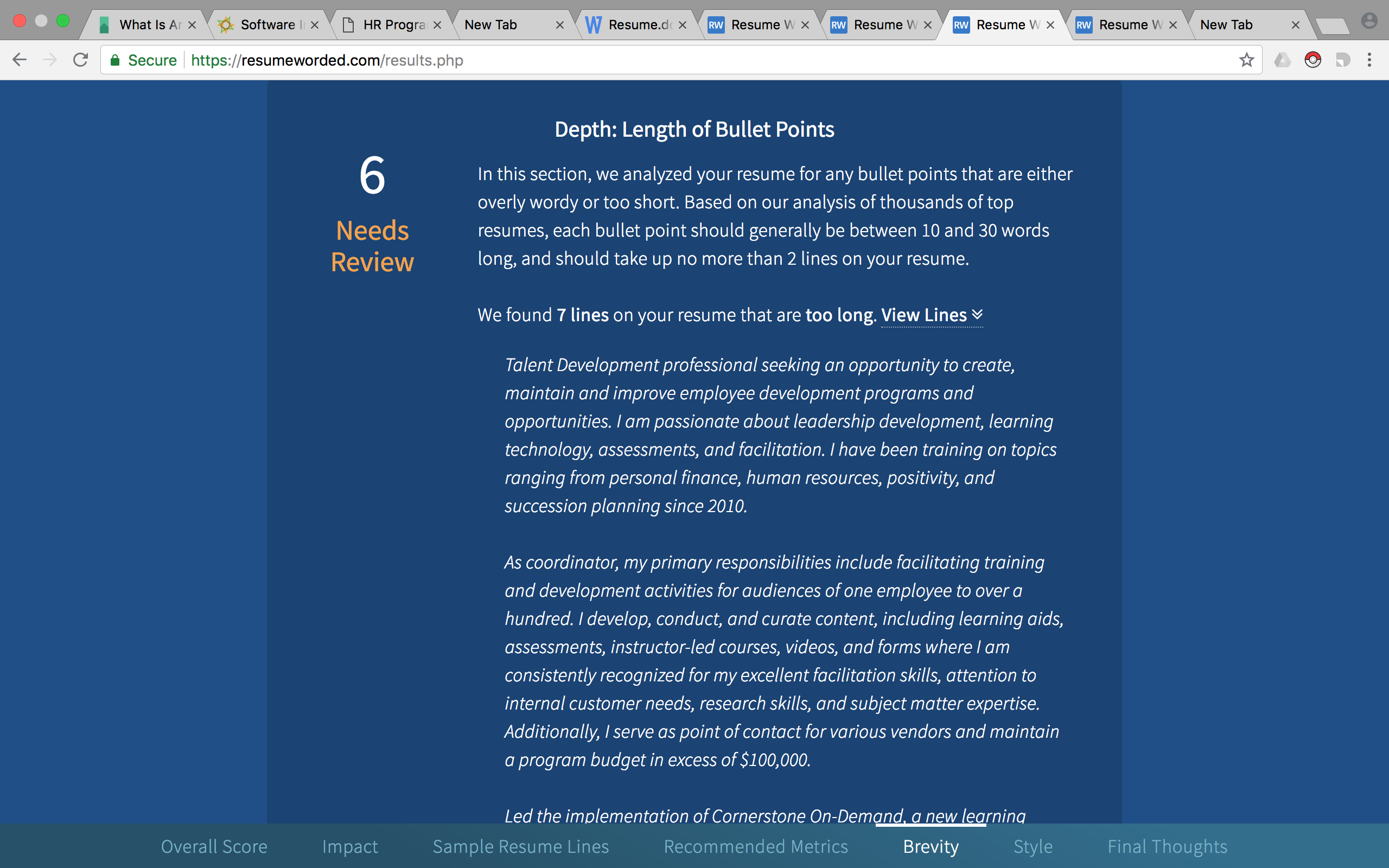 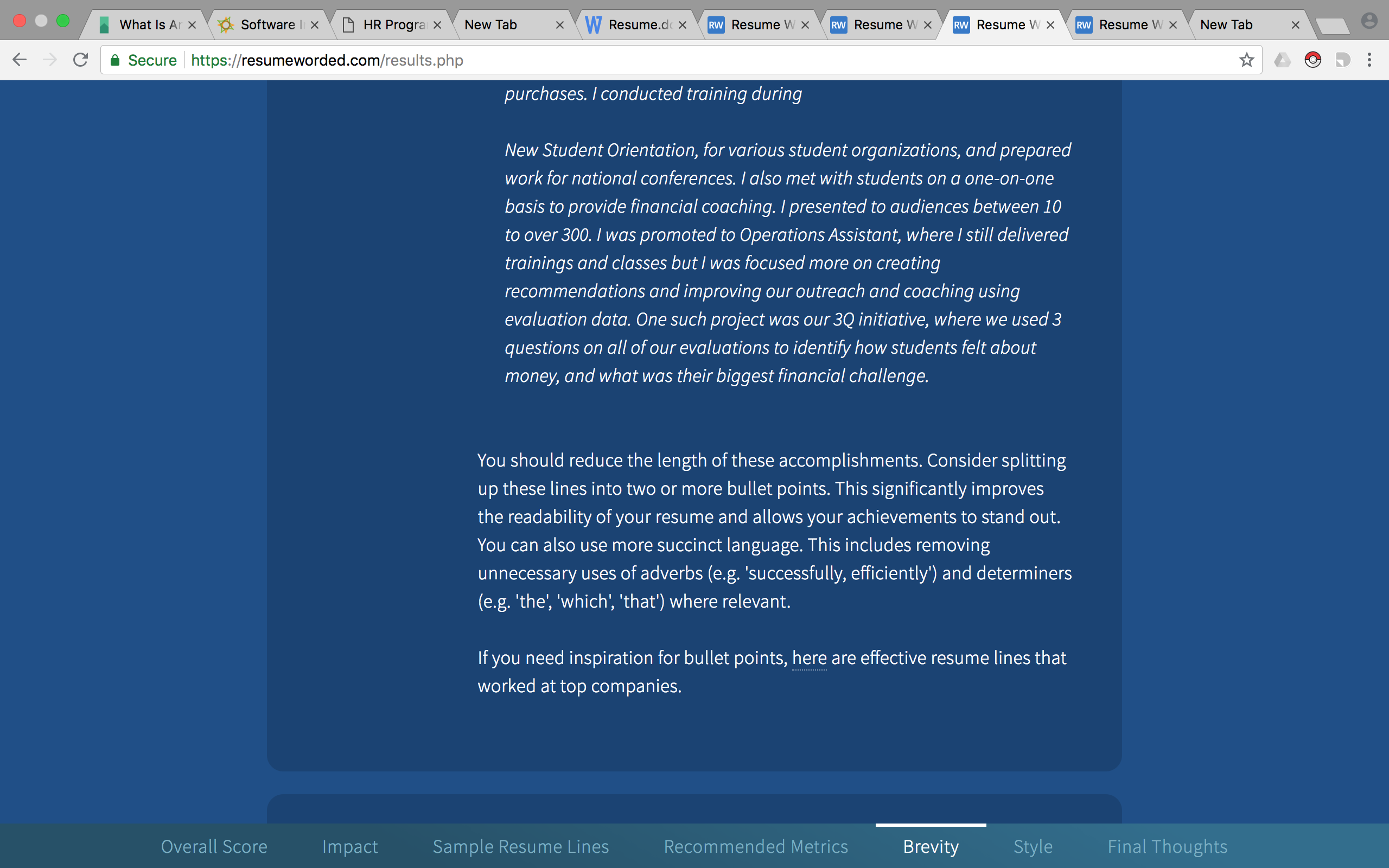 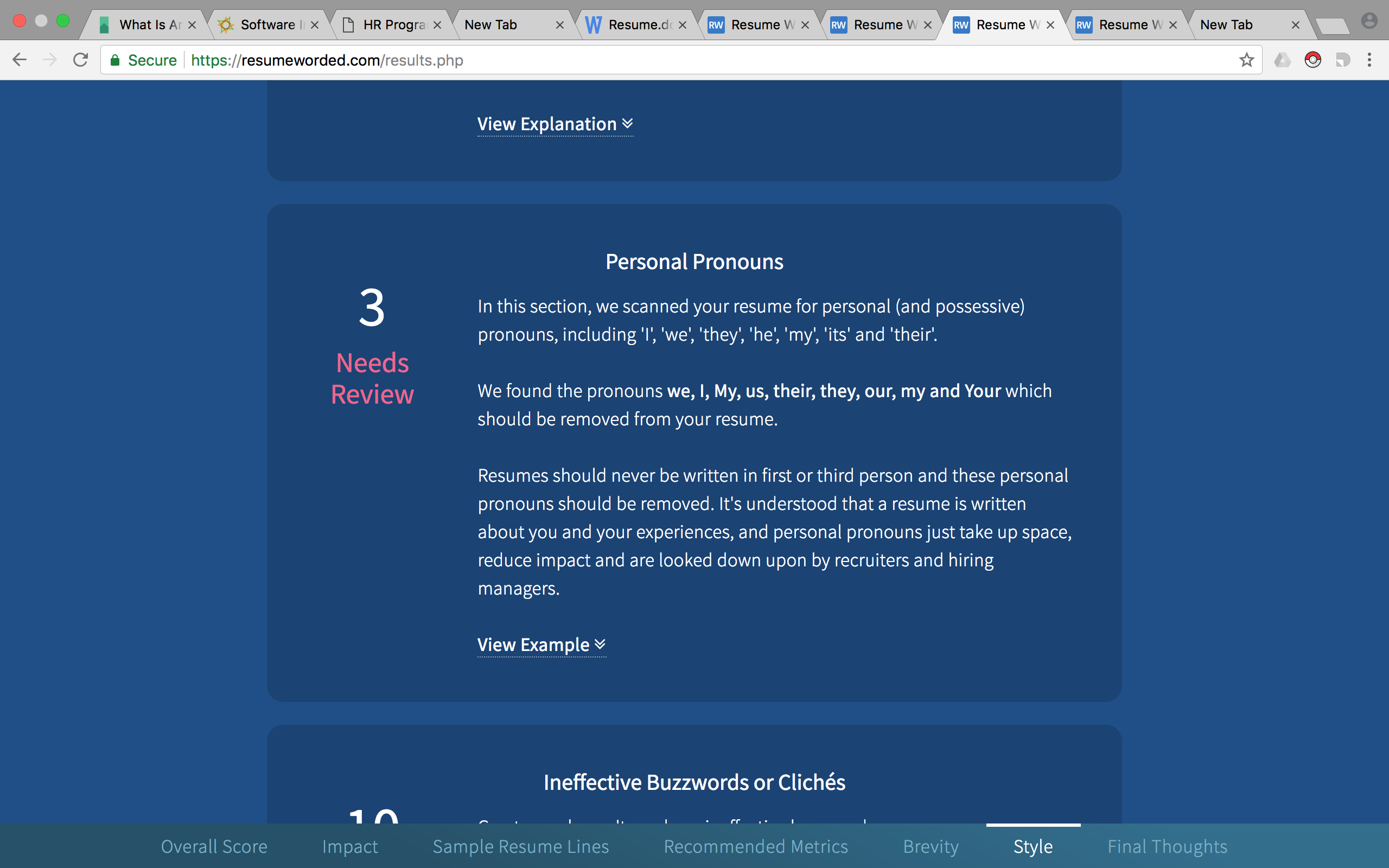 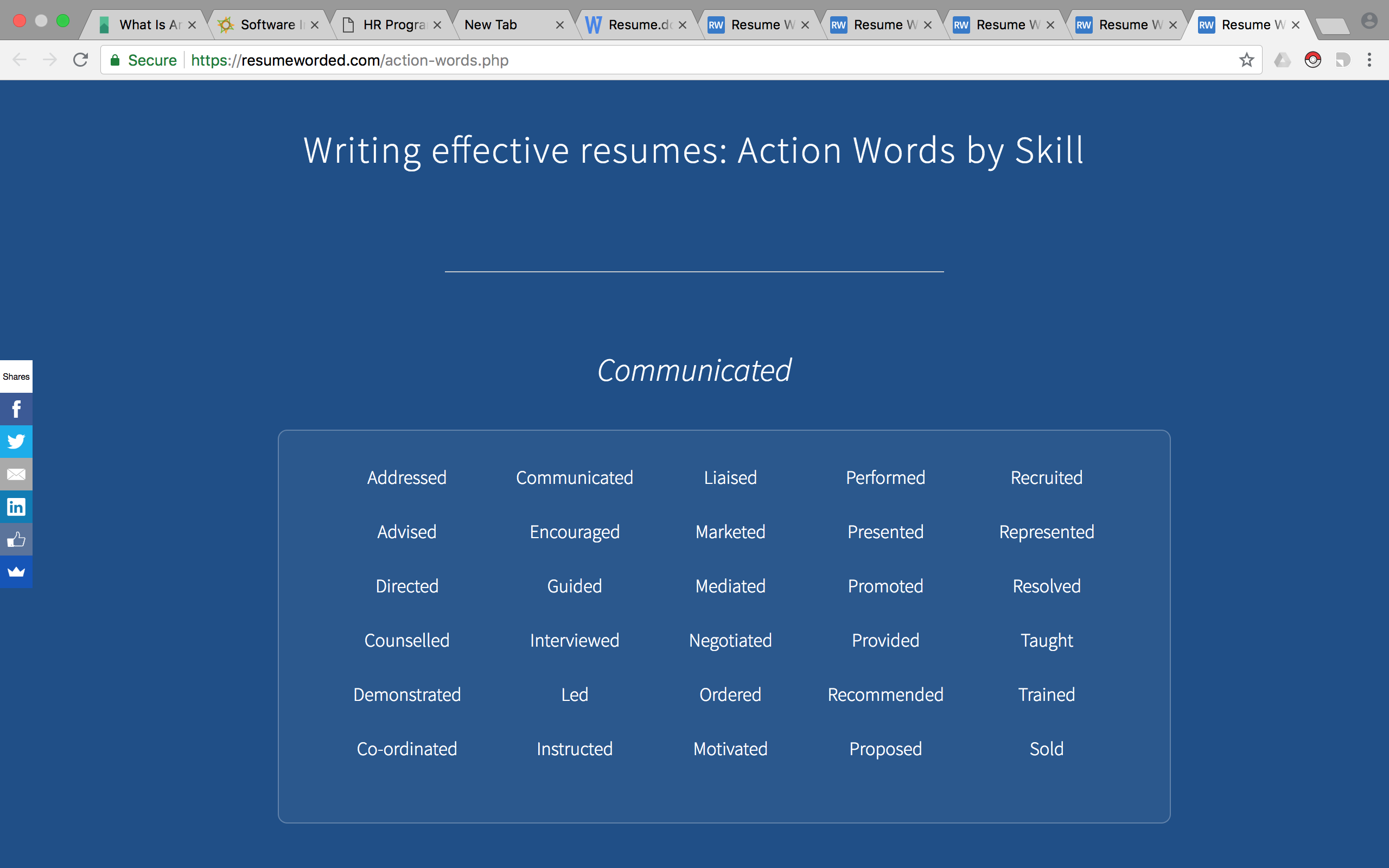 Of course, it’s not perfect. I will say that if you use a graphic based resume, you are going to struggle with this tool (and Rohan advises against it, although some industries may prefer them).

Some vertical formatting is okay, but it does confuse the section tracking score. However, given that the biggest challenge with resume writing is finding the correct language, I found this tool to be super useful to help you do the fine-tuning part.

If you are beginning to write your resume, I would browse the resources on the Resume Worded site. In particular, the templates section is AWESOME. There is even one that is focused for freelancers and one that details remote work.

The tool has some premium features, which I find to be incredibly useful.

Being able to review multiple resumes has its benefits. You get one free review, which can get you started. There are also some premium review features, which if you are committed to getting a leg up, could be useful. If you are a consultant, constantly on the job market, or you provide career advice (looking at you, University Career Centers), this is a great tool to get some benchmark advice and save a lot of time.

The premium price comes in at $39 – which if you’re constantly putting resumes out is totally affordable (and probably a business expense that’s tax deductible).

Professionally prepared resumes can cost between $100-700 and includes a human that listens to you and can tailor a resume to your needs (which is superior to any artificial intelligence), but if you’re unemployed and/or broke, you can get a lot of mileage out of two crisp $20 bills.

As always, it goes without saying that this app captures me with its ease of use and nice UI. It’s worth checking out for both the free and paid features.

This new “Score My Resume” feature is a gem – and I can see a lot of applications for it for recruiters, contractors, and universities.

Blockchain can help save us from another housing crash