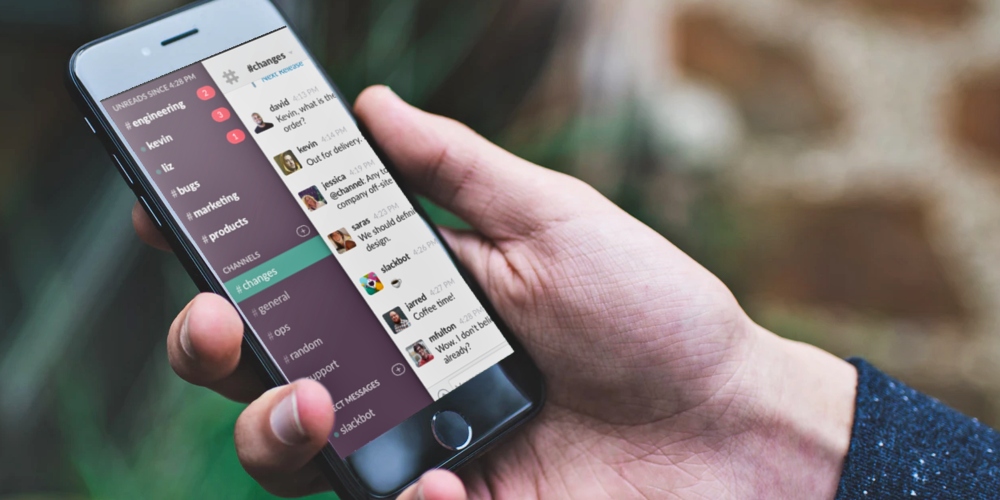 Slack has taken many an office by storm by providing a platform for team communication. A major part of being a team is employing the aspect of democracy and leaving questions to a vote. So many questions. Sometimes too many questions.

Standuply understands this aspect, and has created a polling feature that can be added to Slack. These polls can be a one-time question or a recurring event through a schedule you select.

Polls can help Agile teams with checking their mood, as well as estimating stories from a project backlog. This may also be a huge time saver when the dreaded, “Hey, team, where should we go to lunch?” question pops up.

So how does it work? First, you create a poll. To do that, you select a schedule to run a Slack poll for your team. This can work with any time zone or to each team member’s local time. From there, you select participants, then customize poll questions and answers.

And, like any good vote in a democracy, results can be posted anonymously. That way Stephanie can anonymously complain about everyone “always picking Olive Garden for lunch.” (joke below)

i offered to buy the admin team lunch today bc they worked their asses off all month & i asked if anyone had any requests & a lady who tells me my head is stuck up my ass once a week said
“literally anything but olive garden”
enjoy all u can eat olive garden stephanie we family pic.twitter.com/lTgTxwGgq3

From here, based on a schedule, Standuply will then reach out to selected people and will survey them right in Slack. Team members will provide their answers, and a survey bot aggregates them to serve overall charts with survey results.

After the survey, results can be delivered to a Slack channel, or via direct message, email, or Webhook. Regular surveys can be automated, or it can just be a one and done thing.

Other examples of ways to use polls is to get a gauge from a remote team about where they worked from on certain days. Run enough of these polls and one can pose it against individuals’ productivity to see if a certain location helps or hinders an employee’s output.

Standuply is also working on a version to have Slash commands work within polling.

“Our team is extremely proud to be able to offer the first-ever quantum developer certification,” a company blog post read. “We hope its availability will provide a valuable learning path for developers and stakeholders looking to prepare themselves for quantum computing in the future.”

The IBM Quantum Developer Certification focuses on IBM’s software tools, specifically Qiskit, their open-source software development kit for quantum computing. Launched in 2017, Qiskit already has over 600,000 installs. And, it’s being used by developers to develop apps, improve code, and participate in hackathons and summer schools.

While the Quantum Developer Certification is the only quantum certification IBM offers now, it won’t be the last. IBM says it is “the first of several in a series of certifications.” This is part of the company’s quantum development roadmap to build a “diverse, global, cloud-based ecosystem of developers who can bring quantum computing skills to their own communities and industries.”

Offered through the Pearson VUE platform, the Quantum Developer Certification exam is 60 questions long. The exam will test a developer’s competency in the fundamentals of quantum computing concepts. Also, it will examine if a person can use Qiskit SDK from the Python programming language to “create and execute quantum computing programs on IBM quantum computers and simulators.”

This certification is exciting for the quantum community because it will officially demonstrate a person’s mastery of quantum computing. And, for the most part, I think most of us can agree that certifying your skills looks good on resumes, and it shows employers you’re serious about your career. However, getting one can be costly. Currently, IBM doesn’t have any scholarships in place, but they say they are working on rolling one out to those who are interested in getting certified.

Along with the certification, IBM is also supporting educators to prepare the future quantum workforce. They are giving educators access to IBM Quantum tools through their Quantum Educators Program and semester-long quantum computing course, Introduction to Quantum Computing and Quantum Hardware, and its free Qiskit digital textbook.

According to a report, quantum computing is predicted to become a $65 billion industry by 2030, and IBM wants to help companies “get their workforce quantum ready” for when it does.

“With our IBM Quantum Developer Certification, IBM Quantum is offering a path for people with all development backgrounds to earn a certification in programming with Qiskit, allowing them to leverage their quantum coding skills into a potential opportunity in this exciting new workforce,” the company blog post read.

Facebook is cracking down on Groups, here’s what you should know 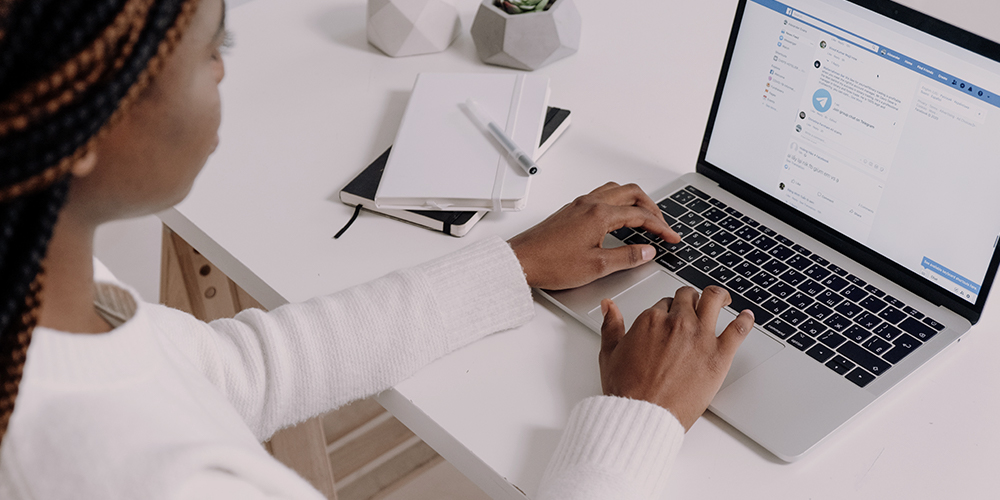 In light of the capitol riots—and an increase in things like hate speech and vaccine conspiracies in the days leading up to them—Facebook will be holding Facebook Groups accountable in the days to come.

Facebook users have always had some degree of moderation, but much of that accountability has been contingent on others reporting errant behavior, often necessitating multiple reports across the board before resulting in some kind of action from the social media platform. This new initiative will put the magnifying glass over groups in general, making it harder for them to contain or endorse content that violates Facebook’s terms of use.

Penalties for breaking those terms will vary, but may include anything from restrictions to immediate removal from the platform depending on how “egregious” the offense is. Repeat offenders will eventually be removed.

Those restrictions aren’t exactly opaque, either. Facebook’s VP of engineering, Tom Alison, made the platform’s new priorities clear in a recent blog post: “Groups and members that violate our rules should have reduced privileges and reach, with restrictions getting more severe as they accrue more violations, until we remove them completely.”

This isn’t the first time that Facebook has addresses issues with their Groups system. They stopped recommending political groups to users outside of those communities back in November—something they said would not change after the election—and their push to show people who aren’t in Groups content from ones that might be interesting to them seems to be slowing.

In fact, those recommendations will be a factor in taking away power from Groups who break the guidelines. Offending Groups won’t necessarily show up in people’s recommendations—or they will show up far lower than other Groups—thus decreasing the number of people who can access them.

Facebook’s motive here is pretty clear. The social media platform has been criticized heavily in the past for everything from being lenient on hate speech to influencing political outcomes, and while it’s easy to deliberate the validity of some of those claims, it’s much harder to ignore the fact that the amount of harmful content on Facebook is debilitating—something against which they seem to be taking a firm stance with this new directive.

Internet of Things and deep learning: How your devices are getting smarter

(TECH NEWS) The latest neural network from Massachusetts Institute of Technology shows a great bound forward for deep learning and the “Internet of Things.”

The deep learning that modifies your social media and gives you Google search results is coming to your thermostat.

Researchers at the Massachusetts Institute of Technology (MIT) have developed a deep learning system of neural networks that can be used in the “Internet of Things” (IoT). Named MCUNet, the system designs small neural networks that allow for previously unseen speed and accuracy for deep learning on IoT devices. Benefits of the system include energy savings and improved data security for devices.

Created in the early 1980s, the IoT is essentially a large group of everyday household objects that have become increasingly connected through the internet. They include smart fridges, wearable heart monitors, thermostats, and other “smart” devices. These gadgets run on microcontrollers, or computer chips with no processing system, that have very little processing power and memory. This has traditionally made it hard for deep learning to occur on IoT devices.

“How do we deploy neural nets directly on these tiny devices? It’s a new research area that’s getting very hot,” said Song Han, Assistant Professor of Computer Science at MIT who is a part of the project, “Companies like Google and ARM are all working in this direction.”

In order to achieve deep learning for IoT connected machines, Han’s group designed two specific components. The first is TinyEngine, an inference engine that directs resource management similar to an operating system would. The other is Tiny NAS, a neural architecture search algorithm. For those not well-versed in such technical terms, think of these things like a mini Windows 10 and machine learning for that smart fridge you own.

The results of these new components are promising. According to Han, MCUNet could become the new industry standard, stating that “It has huge potential.” He envisions the system has one that could help smartwatches not just monitor heartbeat and blood pressure but help analyze and explain to users what that means. It could also lead to making IoT devices far more secure than they are currently.

“A key advantage is preserving privacy,” says Han. “You don’t need to transmit the data to the cloud.”

It will still be a while until we see smart devices with deep learning capabilities, but it is all but inevitable at this point—the future we’ve all heard about is definitely on the horizon.