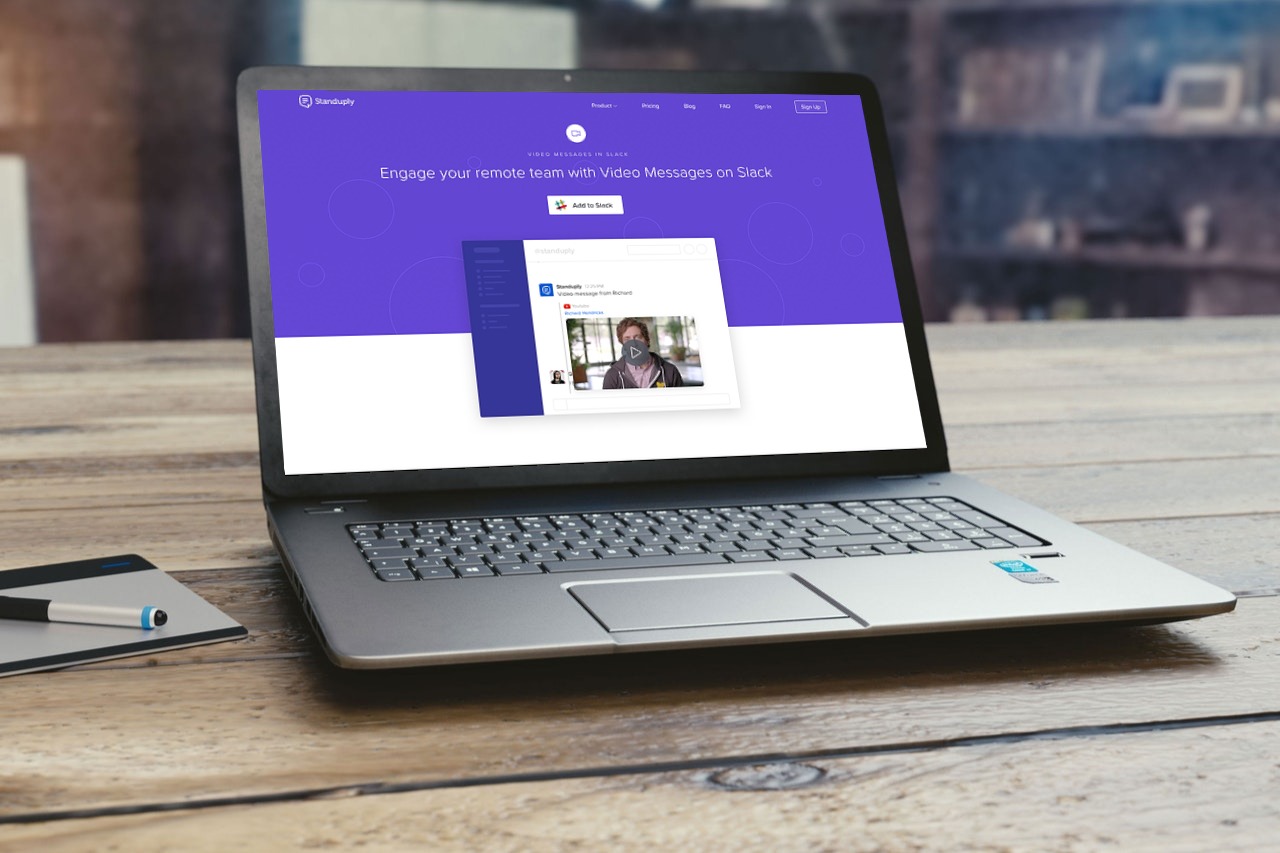 Slack — the popular chat and workflow app — is still going strong despite its numerous technical shortcomings, one of which is its notable lack of native video or audio chat. If you’re an avid Slack user, you might be interested in Standuply’s solution to this missing feature: video and audio messaging.

While it isn’t quite the Skype-esque experience for which one might hope when booting up Slack, Standuply’s video messages add-on gives you the ability to record and send a video or audio recording to any Slack channel. This makes things like multitasking a breeze; unless you’re a god among mortals, your talking speed is significantly faster than your typing, making video- or audio-messaging a viable productivity move.

While this is a fairly roundabout way of introducing video chat into Slack, the end result is still a visual conversation which is conducive to long-term use.

Sending video and audio messages may feel like an exercise in futility (why use a third-party tool when one could just type?) but the amount of time and energy you can save while simultaneously responding to feedback or beginning your next task adds up.

Similarly, having a video that your team can circle back to instead of requiring them to scroll through until they find your text post on a given topic is better for long-term productivity.

And, if all else falls short, it’s nice to see your remote team’s faces and hear their voices every once in a while—if for no other reason than to reassure yourself that they aren’t figments of your overly caffeinated imagination.

At the time of this writing, the video chat portion of the Slack bot is free; however, subsequent pricing tiers include advanced aspects such as integration with existing services, analytics, and unlimited respondents.

In this article:productivity, slack, Tech, The News