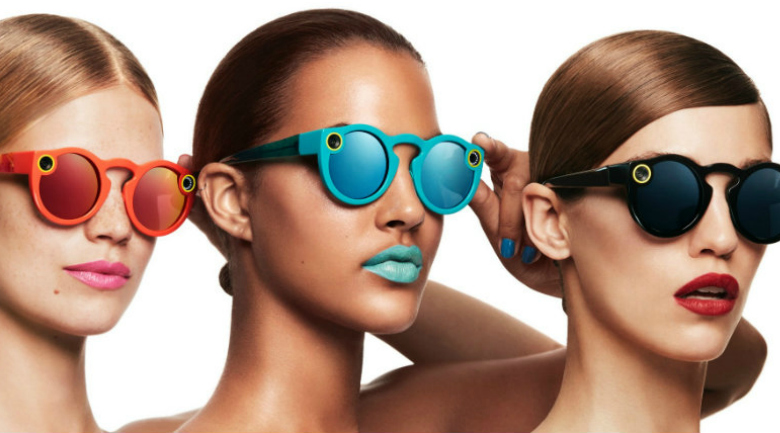 If you were hyped before…

Long rumored to be working on a wearable device, Snapchat, now called Snap Inc, rolled out details of their foray into wearable tech last week.

Read also: Anyone marketing anything must understand that wearables are now mainstream

Essentially a pair of sunglasses with a built in camera, Spectacles record a 10 or 30 second video with the tap of a button. The camera has a ring of lights that illuminate inside and out to tell you and those around you when it’s recording.

The most interesting feature is that the video recorded is circular, and captured with 115 degrees. This means the video will play in either landscape or portrait mode on your device, and so is orientation neutral.

Videos released online show that the recording plays continually without switching or rotating the perspective even if you turn your phone.

Snaps captured with Spectacles sync with your phone and are added to Memories, where you can share them as you would any other snap. But the glasses have built in storage too, so you don’t need to have your phone on you to record.

The glasses come with a wireless charging case and the company claims you can snap all day on one charge. There are still a lot of questions, especially about video resolution, audio options, and still picture capturing. The company hasn’t even made it clear where you can purchase the glasses.

The buzz around the glasses is already considerable, and several sources predict that Spectacles will escape the nerd stigma associated with, say, Google Glass, and become a hot-ticket item for the holiday shopping season.

Available this fall, Spectacles they will cost $130 and come in blue, red, and black shades. Street cred sold separately.