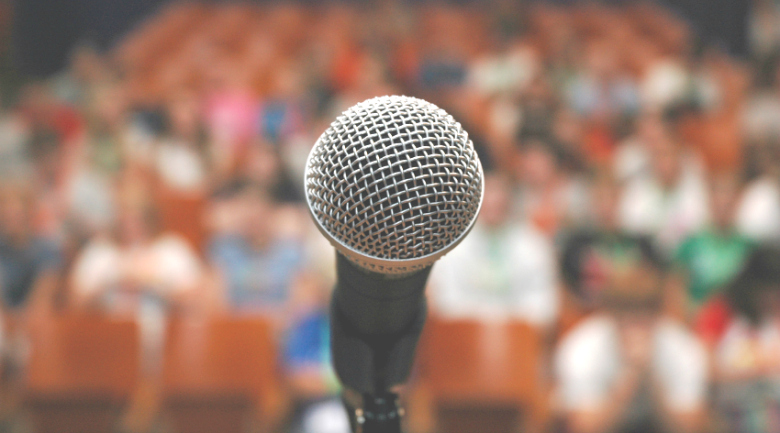 Think quick: What is the worst fear cited by most people? A blind date? Spiders? Mice? Nope! How about public speaking! But you know, anything that helps men and women get over the stigma of speaking before a crowd or even speaking one on one is a good thing! In pre-social media days the best way to practice speaking before a group was to find yourself a group or a friend or in a worst case scenario even a mirror to speak before.

No need to go to such extremes anymore! Thanks to the VirtualSpeech app which provides you with a photo-realistic environment to train in, you can practice for public speaking events and more! I tell you, Dale Carnegie would be proud!

VirtualSpeech, which works with Google Cardboard and is a low cost virtual reality platform which transforms a phone into a VR headset, has more features than you can shake a stick at! Check this out:

Animated audience – the audience move and behave as they would at a real event, adding to the level of distraction and recreating the fear of public speaking.

Stunning 360 3D environments – selection of high quality conference rooms to train your public speaking skills in. Currently both a large and small conference room is available.

Sound distraction – ambient sound in all conference rooms adds to the immersion and makes you feel like you are at the event.

And that’s not all! With Virtual Speech, you can add your own slides into the virtual conference room so that you can practice for an upcoming event.

You are in the driver’s seat

So you’re thinking, “How’s the VirtualSpeech app going to make me a better speaker, a better presenter and a better one-on-one demonstrator?” I’m glad you asked!

With VirtualSpeech you can improve on audience realism, including eye contact in the smaller room. Plus you have a variety of new environments to practice your public speaking skills in and there are even additional features such as recording your voice so you can play it back to yourself. You even get specialty scenarios like a wedding environment which allows you to practice your best man speech, groom speech, father of bride speech and many more!

Your public speaking and presentation skills can’t help but improve with VirtualSpeech!

The app is still in early development but was developed to help people who want to practice and improve their public speaking skills, as well as anyone with a form of speech anxiety, social phobia, social anxiety disorder or phobia of public speaking.

Feedback has been stellar for VirtualSpeech with beta participants praising the app as “Clever”, “Cool” and ‘About time!”. You’ll come up with your own superlatives after you check out the great tutorial.

Nothing displays more confidence in yourself than being able work a crowd and speak effectively. Hone your skills or jumpstart your technique with VirtualSpeech!

This smart light switch controls an entire home with one smartphone