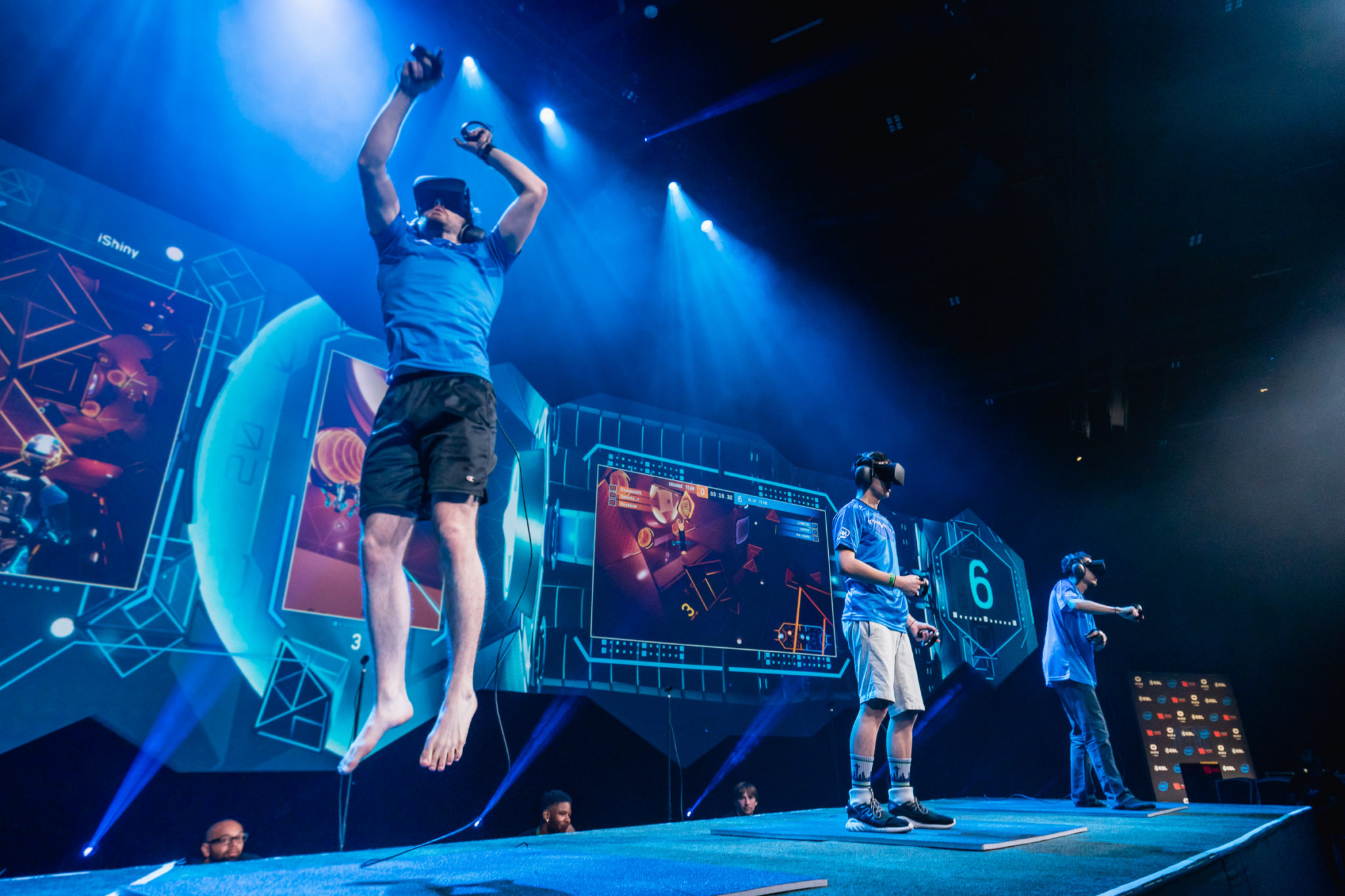 Virtual reality eSports are a thing! The marriage between competitive gaming and VR is now official and they’ve put a ring on it. But let’s be honest, we could see this coming with or without an Oculus Rift.

Helping lead the charge is MassVR, a premier virtual reality gaming company in Chicago, who has opened a massive 32,000 square foot space dedicated to eSports. Additionally, the facilities have banquet rooms to accommodate large parties and special events.

Participants engage in player vs. player matches in one of the four 8,000 square foot arenas. Players rent a VR headset, a backpack, and a controller to play in 8-person team first-person shooter matches. Concerned about motion sickness? The game runs through Unreal Engine 4 and allows players to experience sensations of flying via jetback and teleporting without all the nausea.

Think it’d be cool to compete in front of a crowd? There’s that too! VR League, in partnership with ESL Gaming Network, is the first and biggest VR esports league, catering to one of the fastest growing sports on the globe.

VR League hosts three different levels: Open, Challenger, and Masters where anyone from beginners to pros can have a chance to compete. The organization also hosts tournaments and events.

VR eSports is putting to bed one of the primary complaints against video games – that players don’t get off the couch and get enough exercise.

Well, news flash, the future is here and it’s bound to get your adrenaline up. Whether you are a veteran gamer or someone looking for a fun team-building activity, there’s plenty of gaming to go around. So, grab your Oculus Rift and some friends, and get ready to have a good time.

In this article:AR, Tech, The News, vr