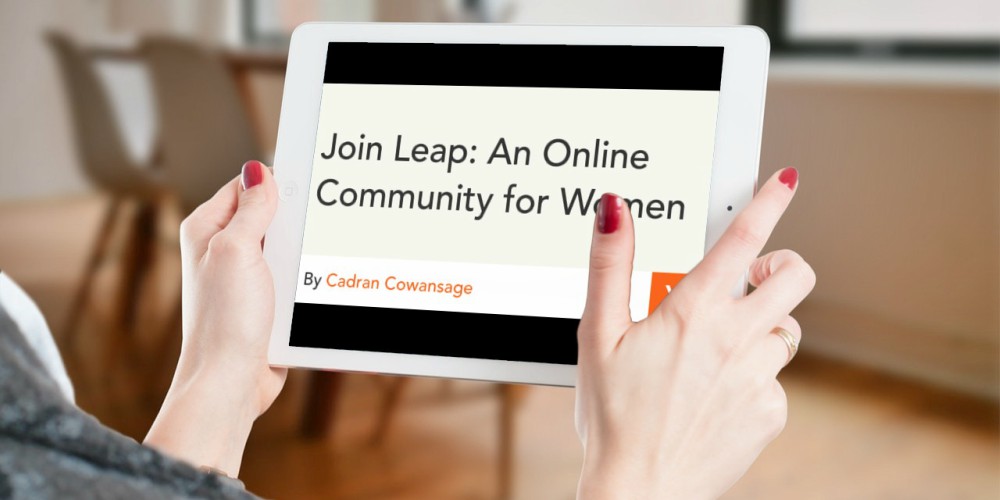 As women across the country and industries raise their voices as advocates for strength and unity, Y Combinator (YC) software engineer Cadran Cowansage has launched Leap, an online community hosted by women, for women in tech.

Her objective? Give women a place to talk about anything and everything.

Today’s top social networks, such as Facebook, Twitter and LinkedIn were created by men, after all, and Cowansage yearned for a woman-centric digital networking environment.

“I started building Leap because I didn’t have a place on the internet where I felt comfortable talking openly,” Cowansage wrote in a blog post announcing the new network. “I’ve found that some conversations online escalate to shouting matches quickly and many people opt out, especially women. I wondered what would happen if I created a community where the core culture was set by women, and the software and product decisions were also made by women.”

Cowansage first began building Leap about 10 months ago. Since her work began, Leap has grown to approximately 1,500 members of female founders, designers, marketers, software engineers, VCs, sales and operations, to name a few.

So far, Leap members have united over a variety of topics, such as technical articles, start-up questions, job opportunities, career connections and sexual harassment. However, members are free to talk about whatever they want.

Cowansage has noticed three important developments in the Leap group thus far: The forum has opened allowed women of all backgrounds to share opinions with those who might not have otherwise heard them, opposing views have resulted in productive discussions, and members have built both on and offline relationships, which has resulted in jobs, mentorships and good friendships.

In this article:diversity, Tech, The News