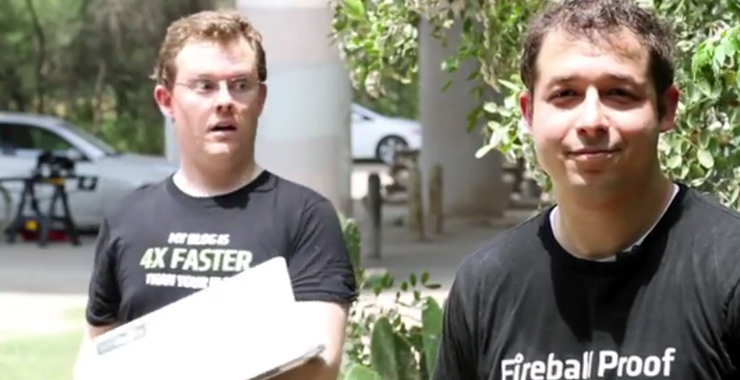 Taking advantage of an opportunity to shine

Last fall, AGBeat underwent a massive challenge of vetting a proper host for a publication of our massive size and traffic and chose WP Engine (full notes here) to support our site. One of the appeals of the company was not just that we are supporting a local business, as AGBeat and WP Engine are headquartered in Austin, but because the team is brilliant, approachable, and they are the only hosting company that specializes in in WordPress, and when we have problems, we never hear, “uh, have you turned your computer off and then on again or whatever?”

Yesterday, the company hit the Town Lake (or Lady Bird Lake if you’re not a native) running trails as part of the Automattic Worldwide WP 5k where “all Automatticians from 79 cities & 24 countries to run/walk a 5k on the same day! This way we can get some exercise together as a company even though we’re apart (though we won’t rule out a softball or Texas scramble at our next meetup),” Automattic said in a statement.

Rather than just go running for health, the company brought cameras and stirred up some fun to show off their “four times the speed” shirts and attitude via video. Founder Jason Cohen and his dry wit are perfect for any stage or camera, and on his birthday yesterday, he and his team (who in the video he parodies, saying “I think of them as numbers in a spreadsheet, with little googly eyes… that follow me around”) hit the trails.

What is fantastic about this video is that it is a way for the company to show off their culture, be human, silly, and approachable, just as their brand can be. Rather than shoot a 30 second promo of the team in shirts starched within an inch of their life, this startup makes a short film about something fun they did on a Sunday afternoon – genius!

Without further ado, here is a great example of creative video to inspire you to think outside of the 30 second promo box: