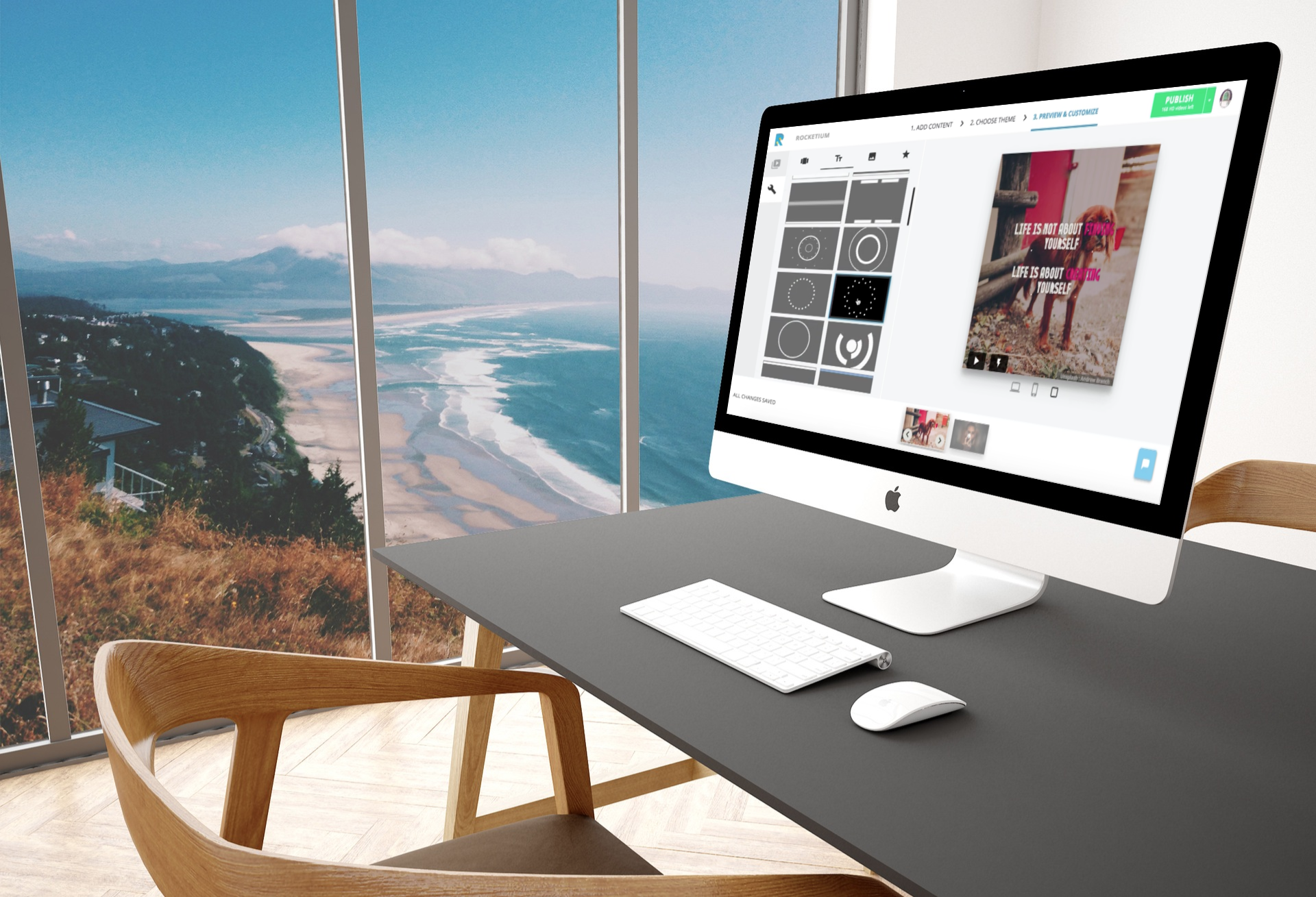 It’s not news to marketers and publishers that most videos on Facebook are viewed without sound. In fact, we reported earlier this year that almost 85 percent of people do not have sound on when watching videos on their Facebook feed. As a result, big video sharers like Buzzfeed, Mashable and AJ+ are opting for a new style of video where sound takes the backseat and on-screen, subtitle-like text graphics are the focus.

Read also: How are millennials accessing video content, and where should your brand be?

Indian start-up Rocketium is working to expedite the process for creating these visual stories with a buzzed-about platform that lets you easily create image and text-driven videos. Images can be uploaded or pulled from a stock gallery, and custom text can then be overlayed in a variety of fonts and colors.
Publishers will also love that the videos can be created in a variety of aspect ratios, meaning they’ll fit seamlessly on Snapchat, Facebook or Instagram.

In a survey done by Adobe, it was found that 52% of marketing professionals around the world said video was the type of content that had the most return on investment. Even more impressive is the fact that in 2015, the amount of average daily video views on Facebook doubled from 4 billion video views per day to 8 billion according to the company’s end of year reports.

Both old and young users of Facebook and other social media sites are watching more video than ever, and publishers have been searching for the most effective way to display it for years now. Facebook made headlines in 2013 when they set videos to autoplay on the site, opting to turn sound off by default to minimize disruption (in a work environment or on public transportation, for example). Instagram, Twitter and Tumblr quickly followed suit, and now muted, auto-played videos are the default on most platforms.

While Rocketium is not the first start-up to take on simplifying social video creation, their straightforward and adaptable platform is one of the most effective so far. With free options for casual users, Rocketium is tackling both the professional industry of journalists, bloggers and marketers, but also potentially disrupting the way we share travel photos, big announcements or other updates online.

For customization purposes, video journalists may want to stick to creating their content other ways, but the built-in themes and customizable animations, colors and filters will be appealing to the average user looking to grow out their video efforts.

With the ability to create short, visually-pleasing videos online or on your phone in just a matter of minutes, we’ll likely be seeing even more video content on our feeds in the future.

In this article:content, Marketing, Rocketium, Social Media, The News, Video