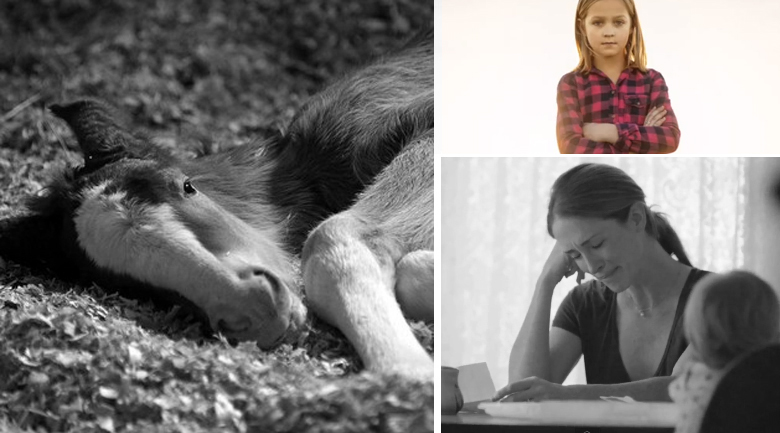 While some tuned in last night for the epic game of the season, others tuned in for the billions of dollars spent on clever ad spots with 30 second ads starting at $2.8 million, and of course, others tuned for Beyonce, and a handful tuned in to see the drama surrounding half of the stadium losing power after half time, but regardless of the reasons, Super Bowl 2013 was eventful and memorable.

For their 25th year, USA Today’s Ad Meter studied the popularity of each commercial independently, based on 7,619 pre-registered panelists, this year naming the Budweiser Clydesdale horse commercial as the best of the best, as the nation watched a pony raised by its trainer, join the Budweiser Clydesdale tour, and years later become reunited to the tune of Fleetwood Mac’s Landslide.

Meanwhile, Tide came in a close second with their humorous look at a house divided among a 49ers fan who spills salsa onto his jersey in the shape of Joe Montana’s face, becoming a national sensation, only to be washed by his Ravens fan wife.

What the top Super Bowl 2013 commercials say about us

Although there were numerous comedic commercials that stood out from Amy Poehler’s Best Buy commercial to a gang of senior citizens’ partying and eating Taco Bell, there were three commercials that stood out the most, and they say a lot about our nation – the aforementioned emotional Budweiser Clydesdale commercial, Oprah’s USO Jeep commercial as a moving tribute to troops and their families as Oprah says, “We wait. We hope. We pray. Until you’re home again,” and Ram Trucks’ recording of Paul Harvey’s “so God made a farmer” monologue.

All three are featured below, and the reason this year’s stand out commercials are relevant is because not only were so many commercials forgettable in a year of mediocrity, the messages that stood out, that really captured the nation’s attention, that seared themselves into our memory, were that of national pride, love, and hope. Coming out of a horrible recession, our preferences reveal that our nation isn’t broken, and national pride didn’t die after WWII, no, we want to pray for our troops, and we want to praise hard work, and as a nation, we want to rise above, no matter how much it hurts. Click to retweet this sentiment if you agree.

We want to recover, and while watching expensive commercials is a silly way to unite over such a sentiment, it is exactly what the nation did last night as it watched these spots:

To watch all of the commercials and to judge for yourself, visit USA Today’s Ad Meter.

Related: the real news story of the Super Bowl = everyone’s a comedian.

After nostalgia, Americans love to laugh

Revealing more eternal optimism, many of the most memorable Super Bowl 2013 commercials were comedic in nature, revealing one of our nation’s secret super powers of healing – smiling, laughing, and looking forward after a dark period filled with war and recessions.

Is it ridiculous to watch a commercial about old people raising hell, getting tattoos and eating Taco Bell and feel that our national recovery is under way? Sure. Is it insane to laugh at Amy Poehler saying “dongle,” as if we’re a nation of giggling pre-teens and feel good about the direction of our country? Of course. But it’s reality. We’re recovering.

While there were many funny commercials, some were substantial flops, predictably GoDaddy’s take on kissing geeks. The following are the commercials we found to be the stand out comedy gems, in no particular order (well, Amy Poehler is on top for a reason…):

Go to the next page for six more hilarious Super Bowl commercials: