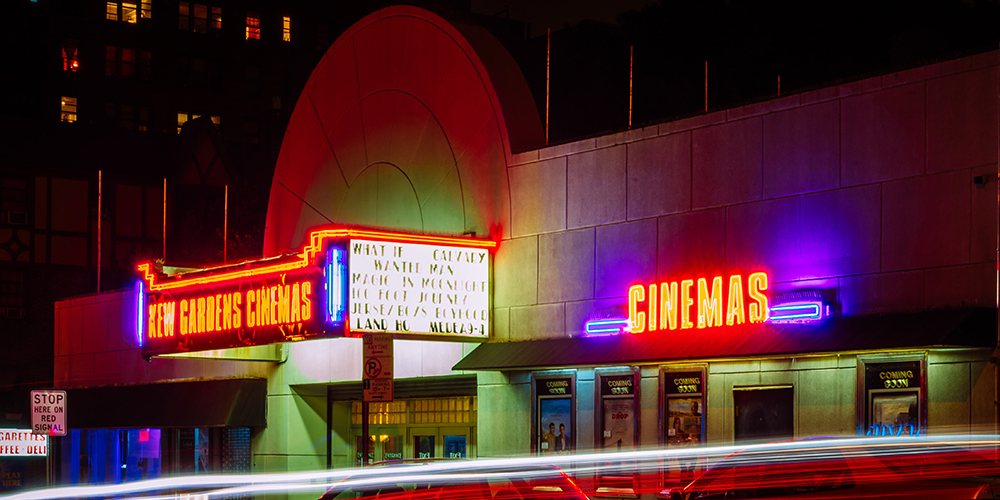 A lot of sectors are hanging on by a thread due to the Coronavirus pandemic. Festivals and events have either been postponed, canceled, or gone virtual. Broadway remains in the dark and isn’t set to open until Summer 2021. Hollywood is in a disarray, which has delayed filming schedules and movie release dates. As a result, movie theaters are struggling. And to stay afloat, they’re taking a more creative approach to bring in revenue.

AMC Cinemark, the largest theater chain in the U.S., is letting people rent out private theaters. Small groups of 20 people or less can rent out auditoriums to watch a movie or host a small celebration. Starting at $99 plus tax, this offer is currently available at around 600 locations nationwide.

According to a Variety article, the program was in beta for four weeks. During that time, the company received 110,000 inquiries. This number was four times higher than the total amount of private rentals AMC had the year before. While this is good news for AMC, will it be enough?

“I don’t think it’s going to be much from a cash flow perspective, but it’s certainly you know getting people back to coming to the theaters, which is what we need,” said Managing Director, Equity Analyst at Macquarie Securities Chad Beynon in an interview.

While private auditorium rentals may have eased some moviegoers’ minds and nudged them to come back and visit, what will, ultimately, hold back AMC and other theaters is available content. So far, 44 movies have been pushed back from 2020 to 2021. “Theaters are open. They’re waiting for the content,” Beyon said. “They’re just, you know, sitting and praying that there won’t be more delays.”

And, besides delays, another problem hurting movie theaters is the way the movie distribution model has begun changing. For instance, Mulan went straight to Disney Plus and never made it to the theaters. So, will other movie companies do the same?

Beyon said that about half of a studio’s earnings are gained during a movie’s theatrical release. For big companies like Disney, he doesn’t think direct-to-consumer will be permanent for them. However, this distribution model change could become more long-term for smaller mid-market movies that generate around $30 to $100 million.

So, are there any movie theaters that might stand a chance? Well, IMAX might. Although the company does rely a lot on blockbusters, it also does great with local content around the world. Also, it is viewed as a premium brand so people are willing to pay for it. “If they’re going to get out of their house, sit in one of these auditoriums, they want to see it in the best format, and that’s what IMAX offers,” Beyon said. But, not everyone is IMAX.

AMC has about $400 million in cash right now, and they are burning around $100 million each month. Beyon suggests AMC trim down its portfolio if it wants to stand a chance. “I think it’s going to be near impossible for them [AMC] to last without doing something else,” Beyon said. Blockbusters generate about $100 million domestically and account for about 60% of box office sales. With content being delayed or pushed straight to streaming services, private rentals might be creative, but not be sufficient for theaters like AMC to survive.

Walmart partners with GM for next venture: Driverless delivery