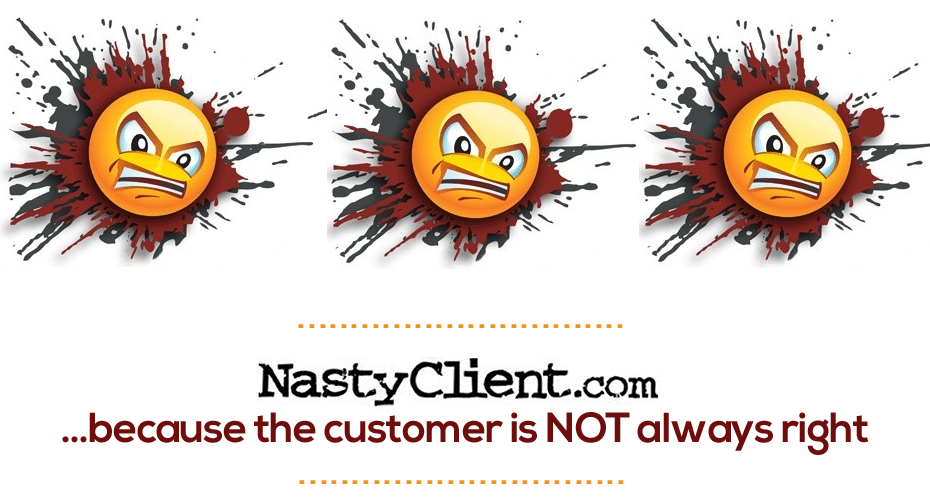 As Yelp and Angie’s List have gone mainstream with the majority of consumers becoming aware that they can publicly sing a business’ praises or tear them a new one, but one professional has launched NastyClient.com, a Yelp for businesses to share insight into, you guessed it, nasty clients, turning the Yelp model on its head.

Business owners and professionals have reacted differently to consumer reviews going mainstream, some suing for false reviews damaging their business, others mock negative reviews, but as a whole, the business community is sometimes unfairly mistreated as many reviewers only take to the internet when displeased, regardless of any facts.

As more consumers join the review game, airing their opinions, startups have sprouted up to handle consumer complaints, ranging from Publik Demand which tends to consumer complaints publicly as a means to pressure large companies to get involved, while Mifft helps consumers to privately resolve issues with companies of any size.

NastyClient.com founder, Matt Stachel explains to Philly.com that membership to the site is only $15.99 per year, and he was inspired of course, by a nasty client who wanted some trees removed after he had planted them, which would void the warranty for the work. When some of the trees died, the property owner threatened to report him to RipOffReport.com and the Better Business Bureau. Stachel replaced the trees at his own cost, but responded by launching NastyClient.com so he too would have a place to air grievances, likely knowing that he wasn’t alone as a professional who has consumer review sites as a constant threat.

The founder rewrites any complaints that include opinions, sticking to the facts only and encourages contractors to share their reports with clients they review, and if disputes are settled, he’ll amend the reports and remove them from the site, but not right away. “If we took it off immediately, a client might just do the same thing to the next contractor.”

Pros and cons of NastyClient.com

Small businesses definitely need some form of empowerment that consumers do, because the one-gal caterer knows that if one person thinks her cake was not sweet enough, or she didn’t smile brightly enough during delivery, those details can be twisted into an opinion on a consumer review site that makes her sound like an evil monster who can’t cook. Where is she to go when a nightmare client is simply abusive? She can’t exactly search a person on Yelp and review them from a client perspective, it’s just not realistic. So that is the positive of the site – a form of relief, a place that could be somewhat cathartic.

The cons, unfortunately, outweigh the positives, as the business model has some major flaws that will hold it back. First, unless completely saturating the small business community (which is nearly impossible), most businesses won’t know to go search first, so it will mostly be professionals that come across it and think “oh, I have some crappy clients, let me get this off of my chest for revenge.” That’s a bad start.

But let’s say I’m wrong, and saturation is possible, and user behavior will actually be productive. Even then, when the site owner edits any comments, he takes responsibility for them, even if he is being a good guy and stripping out opinion. Just as on your blog, you cannot edit comments without becoming responsible for them (especially for potentially altering their meaning), Stachel may be stepping into something deeper than the roots of the trees he is actually an expert on.

But let’s also say that I’m wrong about that and that his lawyer’s green light keeps him safe. Stachel obviously has good intentions and is on a one-man crusade to right the world’s wrongs, and he should be commended for that, he really should. But the NastyClient.com site is bad. That’s as politely as I can phrase it. Take a look at NastyClient.com alongside Yelp.com: 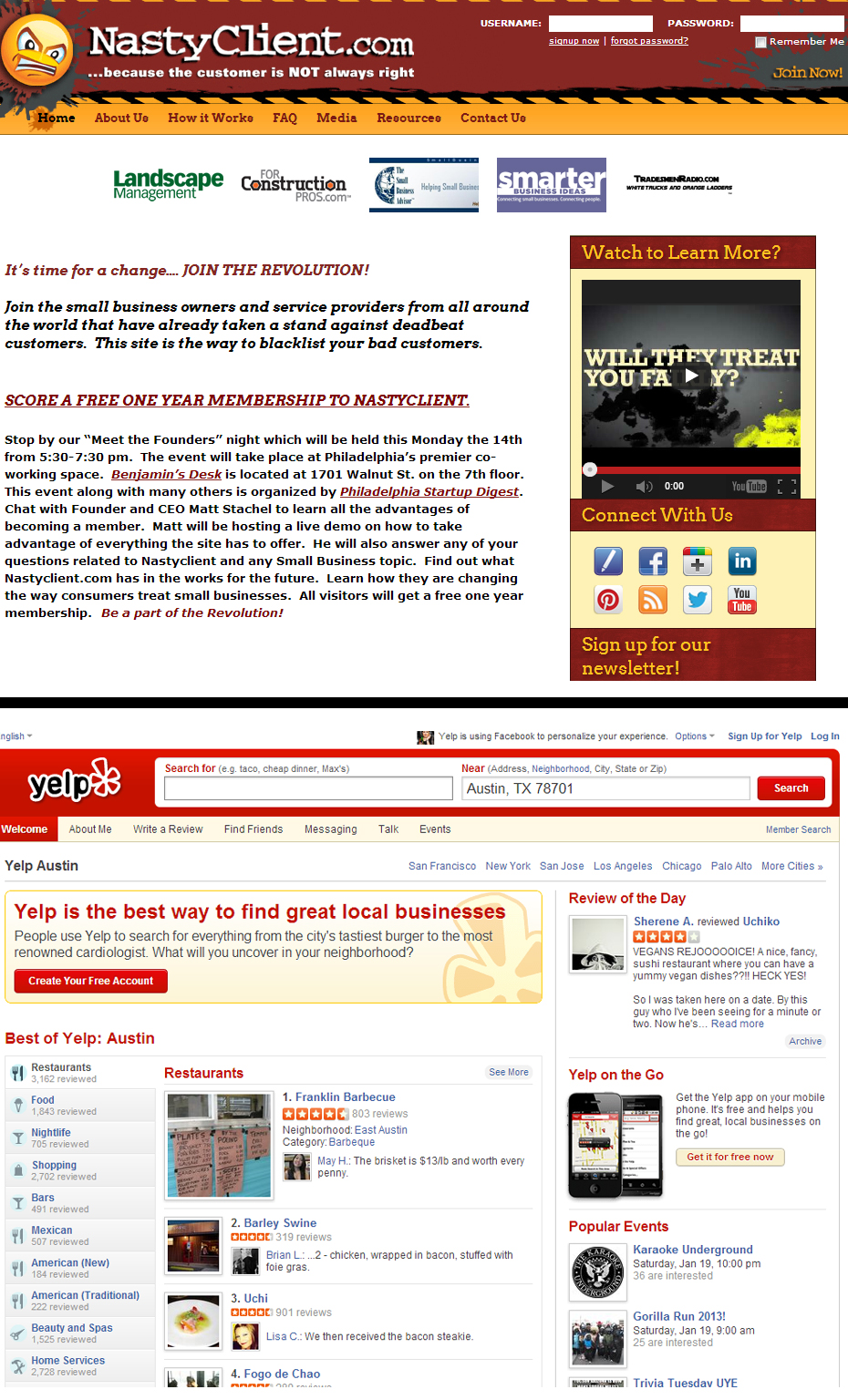 Do you know what to do when you go to Yelp? Yep. Right at the top, you can search, and there are even suggested searches. What about on NastyClient.com? There’s a hard to read “Join Now” button with a 1993-era splash of paint at the top right of the page, but the rest of the page is just a lot of words in heavy font, wasting valuable real estate. At the “Join Now” page, there is no pitch, no explanation, just a “Why do I have to pay for this?” link, which right off the bat, any marketing professional will cringe at. There’s no sample review or demonstration of value, no call to action other than to just do it.

So maybe I’m wrong about that too, and web design doesn’t matter, I mean Craigslist sucks, but is still highly trafficked, and maybe I’m wrong that marketing copy matters. I will move on to my last reason that the company has problems. The tone is aggressive. It is all about revenge, being able to post anonymously, and even goes so far as to plaster the following ad on the sidebar of the site on some pages: 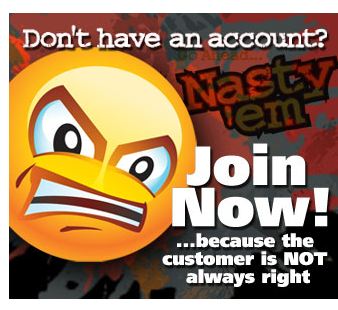 With some real web development behind it, a marketing expert who knows marketing as well as NastyClient.com’s founder knows landscaping, and some structural changes that make it easy to search and post could make NastyClient.com a legitimate value for businesses.

As it exists now, NastyClient.com stands in its own way of success, but we are fascinated by the idea of turning Yelp on its head and creating a community for businesses that can factually state events from their point of view, unfiltered, and not for reasons of revenge, but to give something back to the community in the form of sharing people that have ripped them off. 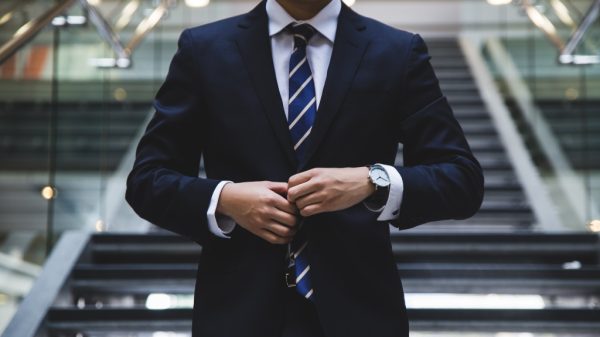