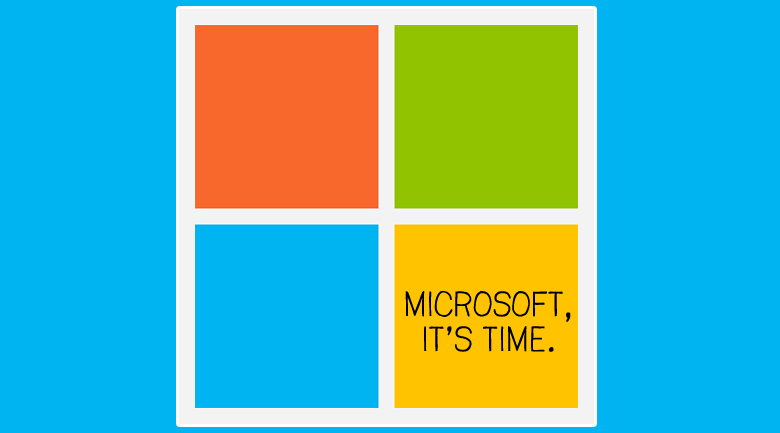 I’ve had both Apple and PC products since the dawn of time. In fact, the first computer in our home was in 1985 and as a graduation present, I was given a 1999 blueberry iMac. I have an iPad mini and a kid with an iPod (and previously had an iPhone). Now, I have an Android phone, a Microsoft Surface RT, and all office computers here are HP, as is my laptop. I rely on both technologies, but between PC, Android, and Apple, which product do you think I’m expected to keep in my bag and which am I supposed to have glued to my hand like a rite of passage at SXSWi? You guessed it.

Why is it that Apple has the cool factor? Because Apple has long relied on the Hipster Trickle Down Theory of Technological Purchases (you’ve probably never heard of it; also, I just made it up), appealing first to the geek fanboys in cat shirts willing to wait in line for a slightly modified “new” product, but as it becomes clear that Apple truly is mainstream, the hipsters will eventually flock elsewhere, to the underdog. And who will be there to catch them and their dollars? Microsoft.

While it isn’t fair that somehow Microsoft is responsible as the mouthpiece for anything not made by Apple, it is just how the chips have fallen. So how is Microsoft going to ensure that they’ll be the next beneficiaries of the Hipster Trickle Down? Simple: go for the jugular.

They’ve already started doing so by pitting themselves against Apple:

But haven’t they tried this before?

Yes. Microsoft isn’t exactly shy about taking on its competitors. Remember the Scroogled ad campaign that took Google’s tactics to task in an effort to enlighten people that Google, albeit free, is a tracking mechanism in and of itself. Now, the timing of their campaign is unfortunate, because if they had a crystal ball and knew that the nation would later be incensed about the NSA, their message would have hit home. Instead, it came across as kind of nanny-nanny-boo-boo and smelled a bit desperate.

This time around, they’ve got it right. What are the big complaints about Apple products? Price, multi-tasking, and general usefulness. Why do you think no one writes about Windows apps? Because the Surface and Windows phones work right out of the box. I opened my iPad mini for the first time and went “okay, now what?” but with the Surface, it was loaded with most everything I needed. Microsoft’s commercials are finally picking up on that and they are making their benefits more clear.

Going head to head doesn’t mean it’s Microsoft’s time or that the Hipsters (which I’m using as a loose metaphor for the “coolness factor”) will flock. This one commercial is simply what I hope to be the start of similar ads that help people understand that they do not have to keep their Microsoft products hidden in their bags at conferences, that they too can have “cool” stuff.

It’s Microsoft’s responsibility to be in peoples’ faces, because the PC half of me wants to scream, “but LOOK at what my tablet does! I can actually work like a grown up AND have a shiny sexy interface!” and the Apple half of me wants to erase the Microsoft ad from existence because it’s embarrassing.

Do you hear that, Microsoft? Embarrassing. Keep up the embarrassment, because that’s what Apple has done to you and to Google for years – made you uncool. I don’t need to be cool, but it is your responsibility to make it acceptable to carry your products in public. Now is your time, don’t disappoint us.

In this article:apple, microsoft, Tech