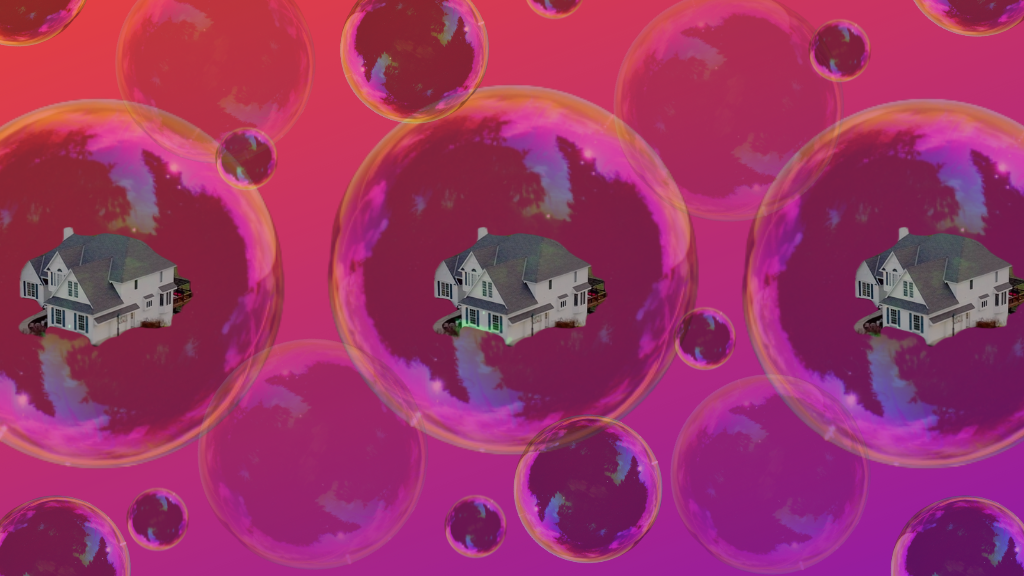 All news outlets have been flirting with the phrase, but last week when home sales data was released, Dr. Lawrence Yun, the Chief Economist at the National Association of Realtors (NAR) said, “We’re witnessing a housing recession in terms of declining home sales and home building. However, it’s not a recession in home prices. Inventory remains tight and prices continue to rise nationally with nearly 40% of homes still commanding the full list price.”

Why is this specific quote so important?

Because Dr. Yun is the northern star in real estate that people look to because he has always offered an impartial look at the data with no political agenda – go watch every talk he’s ever given and you’ll have no idea how he votes. How refreshing, just offering the numbers for what they are (not something the real estate industry has always done).

The phrase “housing bubble” scares anyone that practiced real estate or owned a home during the ’08 crash, and the phrase tends to be tossed around haphazardly any time the industry experiences any hiccups. Then we all hold our breath.

Last week when “housing recession” hit the airwaves, it was immediately followed by “housing bubble,” as if (1) Dr. Yun, the northern star, called it a full on recession without any caveats, (2) the two phrases are synonymous.

So we asked Dr. Yun about whether or not this is a housing bubble, and half expected that he could say yes.

“A bubble implies an overpriced condition that requires a correction,” Dr. Yun tells AG. “To this definition, the housing market is not in a bubble. Home prices are on solid ground without an overstretching of consumers’ budgets with risky subprime mortgages.”

The risky mortgages was the undoing of the market last time, and without that present, the conditions are most certainly not the same as in 2008. Further, Dr. Yun has long beat into the heads of anyone who will listen that affordability is a challenge, but a bubble that does not make.

Dr. Yun points to the ongoing housing shortage, calling it “the exact opposite of the oversupplied situation that preceded the home price collapse in 2008.”

He again acknowledges the housing recession in terms of sales, starts, fewer mortgage applications, and refinances, and notes that it is “not surprising” to see job cuts in lending or construction.

“For consumers who are on the lookout for some foreclosure properties to purchase to take advantage of deeply discounted prices, they will be disappointed,” Dr. Yun notes (no matter what you saw on TikTok). “The housing market is on a solid foundation with imperceptible distress. Homeowners are still experiencing wealth gains.“

So what’s next? Dr. Yun concludes, “Let’s just hope that home price growth will moderate to a single-digit percentage rate of annual appreciation to give a prospective homebuyer’s income a better chance to catch up. With fewer sales, the extent of multiple offers is less intense. It is still the case that 40% of homes are selling for or above list price due to the ongoing housing shortage.”

Why you should the take time out for self-care