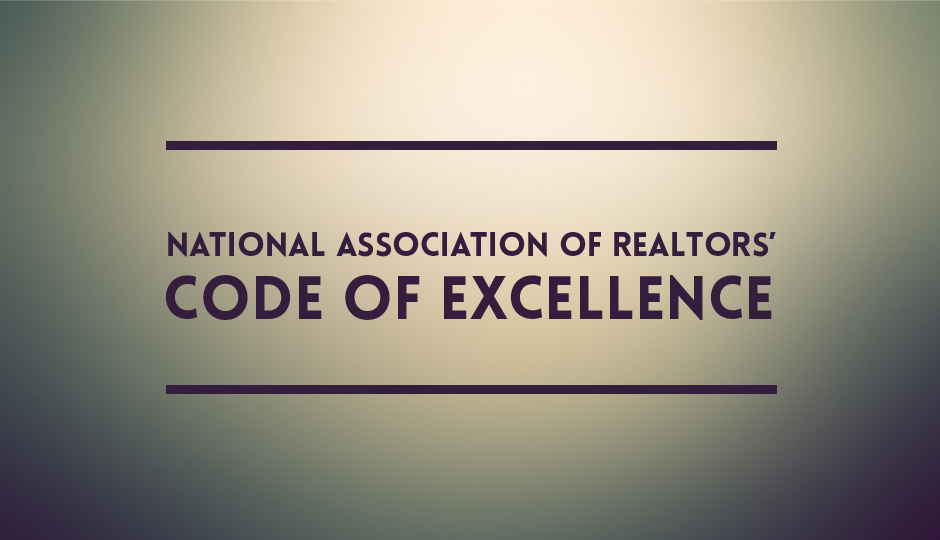 At today’s Board of Directors meeting at the National Association of Realtors’ annual conference, four of five policy recommendations went before the Board and were passed with slight amendments. What were those adjustments that got them pushed through, and what were the most contentious topics? Does the new Code of Excellence mean the Code of Ethics is faulty, how will this code be enforced if it is aspirational, and how will the Board execute so many subjective phrases from the recommendations?

To answer some of these questions, we spent time today immediately after the Board meeting, discussing the policy recommendations and what’s next with 2014 NAR President, Steve Brown, newly installed 2015 NAR President, Chris Polychron, and VP of Media and Consumer Communications, David Greer.

About the meeting itself

With a room packed with nearly 1,000 people and roughly 850 voting members of the Board of Directors, four policies were discussed and voted upon, all passing with slight amendments (which we’ll get into shortly). When we broke the story, we reported that the BOD had passed a new Code of Excellence, which is technically true, but deserves clarification.

Greer tells us that today’s meeting was a vote to move forward with developing an aspirational Code of Excellence. Polychron’s team will now work to develop the framework for what the COEx looks like and will bring it back to the Board in May at NAR Midyear. Polychron added that a Presidential Advisory Group (PAG) has yet to be tasked with the framework, and that PAG will consist of members from across the nation.

When asked what the most contentious issue was, Brown asserted that this meeting was more about the process and extending discussions that have taken place since May, and that the Board needed to be reassured that these recommendations were well thought out, researched, and any other unknown implications were discussed.

Does this mean the Code of Ethics is faulty? Do members have to take an oath now?

When the new COEx was first introduced as a concept, and the proposal was leaked, several people told us they thought it indicated that the seasoned Code of Ethics was faulty.

Brown points out that in 1913, the original COE was an aspirational code until fully adopted in 1920 – we took this a hint that the ultimate goal is to make the COEx coexist with the COE as mandatory for all members. “This is a starting place for us,” he stated, reflecting back on the recent 100 year anniversary of the COE, wherein members wore “I live by the Code” shirts to celebrate. “I’d love to see people do the same here.”

Mandatory education for all members

Currently, members are required to take courses every four years to educate themselves on the Code of Ethics, and today’s approved proposal added the Code of Excellence into the mix and increased the frequency of required education to every two years.

The biennial requirements will start in the regular education cycle. Brown noted, “Starting in 2016, the two year requirement will go into place.”

Are Realtors supposed to be data experts now?

One of the less controversial, but slightly confusing proposal addresses data. The policy to be set is that Realtors “will strive to be proficient in data content having efficient access to the broadest range of data available,” with the objective being that they should “adopt policies that promote a broader data reach, embrace efficiencies and strive for cost effectiveness so as to position the REALTOR® as the source of all information that pertains to their real estate practice, thereby better serving the consumer in their real estate investments.”

The Board added the provision that NAR will strive to ensure REALTORS® have the best data available by using its size and scale to help members compete in a complex environment. That’s really what this policy is all about. “NAR will also be a part of providing systems of good data information so we can better explain data, helping people make wise property purchases,” Brown stated.

Originally, the policy stated that one goal was to “eliminate unnecessary or duplicative costs,” which has yet to be defined (and was stricken), but leadership assured us that the ultimate goal is to strive to be cost effective with data delivery systems and not develop out new tools to dip deeper into member pockets.

Further, we noted that the word “experts” was edited out of the original proposal, which we applaud, as it is a Realtor’s job to practice real estate, not become data experts (and the term “expert” has real definitions and implications).

Brown responded that this isn’t just about MLS data, but all big data associated with real estate. “The key to that proposal is that it lays out that NAR will have a mandate to provide those information delivery systems to members on a cost effective basis. [Striking the word “expert”] put that in a broader framework. I don’t think any one of us can be an expert in all data areas, but we can be data knowledgeable.”

Is NAR getting into the Realtor ratings game?

The fourth policy proposal originally stated that “NAR should develop a methodology to rate Realtors,” which was passed with the wording changed to “NAR will develop an industry standard for models to allow consumers to fairly and more accurately evaluate Realtors.”

That’s a significant difference. We’ll dive deeper into the topic in a separate story, but the idea is that the trade group will be creating a framework to put for standards suggested for third parties, since consumers are “already rating us,” Brown noted.

NAR won’t be rating Realtors any time soon, but they plan to get more involved by creating data standards, just as they did with RETS.

Why didn’t they dive into raising the bar of entry into the field?

One of the nagging questions we were left with is why the fifth policy proposal was never heard. It read, “NAR will explore increasing the standards of entry into the Realtor Association, by improving the education, credentials and professionalism of all Realtors.”

Brown tells us that the Executive Committee considered this policy to already be covered by the other four, as they all ask members to be highly educated, and offer to supply the systems and frameworks to be more data knowledgeable.

By next year, the COEx will be fleshed out and we’ll know more details – right now, without a framework, the only thing we have to go on is objectives. Many industry insiders complain that raising the bar must be done at a national level, and this appears to be NAR’s way of taking that challenge very seriously.

We suspect that by 2020, the new COEx and systems surrounding it will no longer be aspirational, but will be part of the fabric of the industry. In coming weeks, we’ll bring you experts to weigh in on what this framework should look like, what it might include, and how it will impact the practice of real estate. Stay tuned.

In this article:Breaking, code of excellence, Hot, NAR, realtor ratings