The Broker Public Portal (BPP), which was designed to create a national MLS consumer-facing property search website, announced today that they will be partnering with Homesnap by executing a binding letter of intent.

Rather than rebrand, BPP will push listings from 115 MLS and broker partners (accounting for roughly 500k agents), will be funded through a $1.00 per MLS member monthly fee rather than advertisements or paid agent placement, and will adhere to Fair Display Guidelines (no one but the listing agent is displayed on a property listing).

Not a reinvention of the wheel

When the BPP idea was initially proposed, it was just that – an idea. Kind of a “for the people, by the people” idea. Nevertheless, many people had heartburn over what was not even a plan, but an idea. Fast forward to a group of brokers and MLSs that pitched in $5k each to cover a fundraising goal of $250K for startup expenses. A year ago, the executive committee was formed, and today, their first big move is to unveil the plan (to partner with Homesnap to move forward).

You probably remember Homesnap from their 2012 launch at South by Southwest as an augmented reality app allowing you to “snap” a house and instantly get details from the MLS. It was originally a product of Sawbuck, formerly a Washington D.C. based brokerage which raised $2M in 2008 and $2M in 2012.

Partnering with Homesnap instead of reinventing the wheel could put BPP at an advantage since Homesnap already has consumer traffic and a slick mobile app. The project is not without challenges, however, as we all know that getting all brokers and MLSs on board is like herding feral cats – not impossible, just tough.

BPP has said all along that they’re not seeking to become a Zillow or Realtor.com competitor and all Board members we interviewed say the same, but let’s face it, today’s announcement solidifies that the goal is exactly that. What else would a national consumer-facing MLS be?

Further, it certainly appears that a group of powerful brokers and MLS execs got together to pursue a dream scenario that they wish had happened with the industry’s operating agreement with Realtor.com. They’re pursuing the dream scenario where they’re in charge instead of stock shareholders and an ad salesforce.

Currently, Z/T/R are increasingly the first point of contact for consumers, so they own that relationship (not practitioners), an issue that has been contentious for many years. BPP’s structure indicates that they want that power back, they seek to own that relationship, they want to feature only the listing agent on a listing, and that they intend on getting one step closer to the consumer.

But is that a realistic possibility with such a small operating budget compared to Z/T/R’s mega millions? If the feral cats are all herded properly, then yes, but that’s the uphill challenge BPP has taken.

How will they compete in the market?

Homesnap CEO Guy Wolcott tells us that they intend to compete not with “Super Bowl ads,” but with their “secret weapon — participation by thousands of brokers and hundreds of thousands of agents,” noting that in the past year, agents using Homesnap Pro have invited over 4 million consumers to join them and scaling that to the number of agents that will use Homesnap through the BPP partnership will handily reach the market. “Agents won’t [invite users] because we pay them, but because it will be the best way to work with their clients and prospects.”

Cary Sylvester, VP of Industry Development at Keller Williams, who also serves on BPP’s Technology Workgroup and is a Board liaison, echoed Wolcott’s sentiments, noting, “By incorporating easy to use agent/consumer collaboration tools, BPP won’t need to drive growth primarily through direct-to-consumer advertising or app store and search engine optimization, but through agents themselves.”

“Our strategy is not to get out ahead of agents, brokers and MLSs – though we will undoubtedly generate plenty of free leads – but to support them by offering a great home search experience they can use not only to acquire clients, but to serve them and keep them for life,” says Sylvester. “Accomplishing that goal will make our greatest advertiser the agent themselves.”

What about the pre-nup?

The operating agreement is not public, and since it’s a private entity and there’s no National Association of Realtors (NAR) involvement, the agreement may remain veiled. As a news organization, of course, we want to sink our teeth into it, but three sources close to the matter tell us that despite not seeing the contract, they trust the “genius” of the executive committee at BPP, which is not the normal response we would hear, so it is certainly thought provoking.

There are some unresolved issues with this BPP/Homesnap partnership, though. The most pressing is – what is the pre-nup? What happens when the partnership agreement is up for renewal, or is the agreement in perpetuity? Couldn’t Homesnap just be built up by BPP (thus brokers and MLSs) and become a legitimate player to compete with Z/T/R, and say “no thanks, we’re big enough that we don’t need you” and take all of the work BPP put into it and build relationships on the back end and go public to make it a Z/T/R/H situation?

Wolcott assured us that their model was inherently “pro-industry” so it can’t go off the rails, and that because they already operate on the BPP model of “your listing, your lead” scenario that is on an “MLS-by-MLS basis,” the goal is to never relive past experiences of other portals. “The BPP didn’t have to ask us to change our stripes. We already had the right stripes.”

John Mosey, NorthstarMLS President & CEO, elected to the BPP Board of Managers tells us, “We entered into this agreement with our eyes wide open and antenna fully raised to the risks of getting engaged, then married to the wrong partner. Months of due diligence and what if scenarios were endured to find the ground on which we felt most secure that we are both in it for the long term.”

“During the process,” Mosey adds, “one of our negotiating team commented that the experience of building the terms of this agreement was also an exercise in building trust, mutually. That trust is the foundation for a future together that neither side believes will come undone. Nonetheless, we have a mutually acceptable pre-nup in place that protects the interests of the real estate community in the eventualities that you ask about and others.”

Another potential concern is the flow of money. How is it split between Homesnap and BPP? Wolcott tells us all money MLSs pay them for the BPP goes toward the suite of projects, but will BPP executives not see compensation? If a broker sends listings directly, can they opt out of the per-member fee at the MLS level? Are there plans for Homesnap to acquire BPP or BPP to acquire Homesnap, or will it remain a partnership?

In an internal document (but not the “pre-nup”) obtained by The Real Daily, some answers regarding the private agreement are made clear, thus explaining the aforementioned unresolved issues. The two companies will create a new company, and the Board will be comprised of 3 Homesnap representatives, 3 BPP representatives, and 1 third party rep (chosen by BPP). Each brand will own 50 percent of the company, revenue will be split 50/50, and under the direction of the Board, Homesnap will be responsible for maintenance of the site and apps, innovations, and marketing.

All that said, will people even care about the money flow if it means a nimble national MLS that is powered by industry insiders on the cheap (for a dollar per member per month)?

The tone of all appears to be hopeful

Overall, Wolcott tells us he is most excited just “thinking about what is possible when the entire industry is all rowing in one direction – and what awesome stuff we can build at the scale this will enable.”

Of the inevitable critics, Sylvester says they’ll handle it by delivering results.

The bottom line is that the overall tone of industry insiders we spoke to is hopeful, the verdict seems to be that competition is good, and that this is a reasonable plan for the BPP project. Now that the Homesnap partnership has been unveiled, we anticipate the secrecy is over and BPP/Homesnap is about to get aggressive. Stay tuned.

Homesnap is a mega hit with 50% market saturation

(TECHNOLOGY) The Broker Public Portal's new extension, Homesnap, is quickly gaining in popularity with nearly 50% of licensed Realtors® using it. 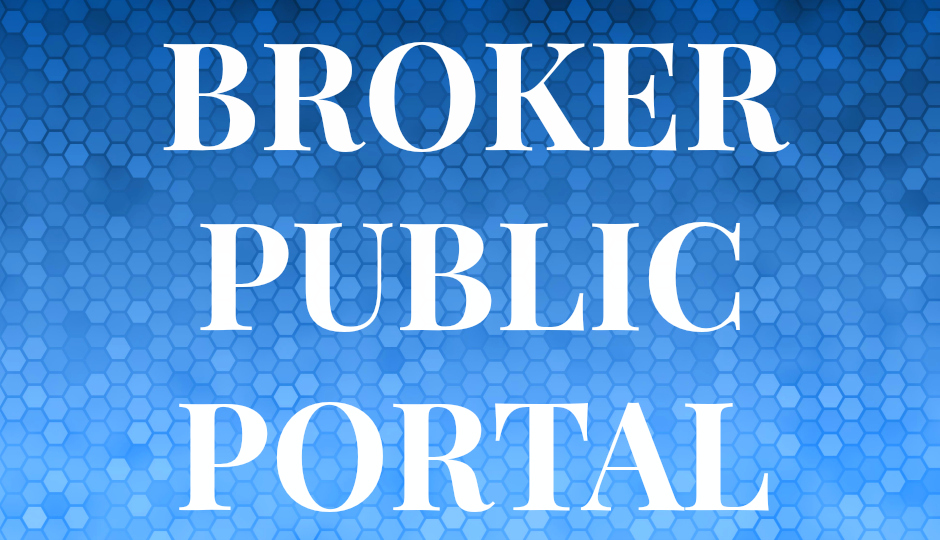 The Broker Public Portal initiative continues to move forward in a climate of strong opposition and support.