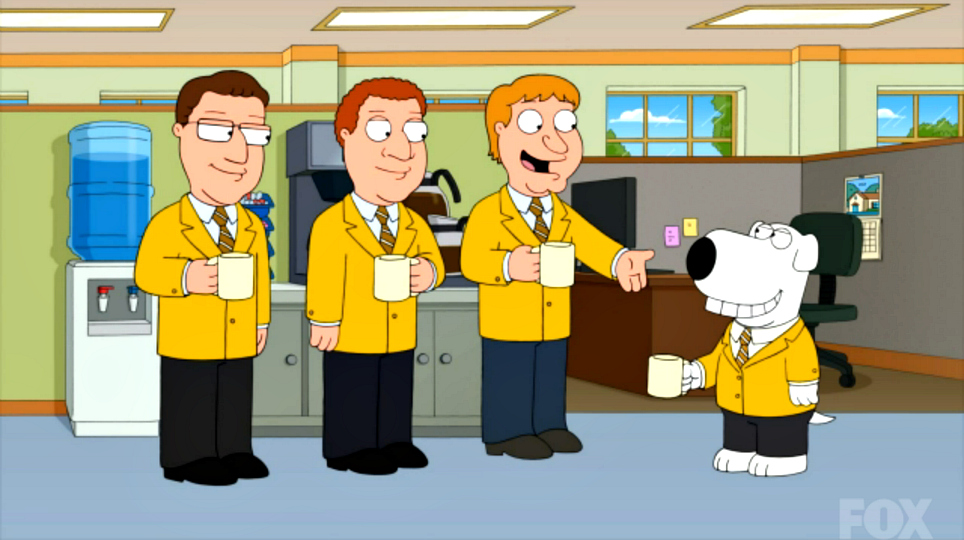 When you and your friends make fun of other Realtors that are yapping loudly in the Starbucks, completely lacking awareness of their surroundings, it’s all fun and games. But when one of your favorite shows devotes an episode to mocking your profession, it might sting a little bit.

Over the weekend, while thousands of Realtors were distracted by their attending the 2014 REALTORS Conference and Expo, Family Guy aired an episode wherein Brian (the dog, for those of you unfamiliar) got a nice set of chompers and was mistaken for a Realtor in front of a house and was instantly hired by the ultra impressed broker who swooped in right as the buyers agreed to buy from the mistaken agent who was hired by said broker.

I took to Facebook to gauge agents’ reactions, and most were highly entertained by the mockery, which I suspect is because most readers here are highly educated and in touch with their business and the industry, and tend to stand apart from the one-deal-a-year stereotypes and understand that they’re different – they’re not that obnoxious idiot in the Starbucks.

You can see the full episode online by signing in with through your cable provider, and it’s one hell of a show.

Why it was so cringe-worthy

Brian being a smarmy jerk was nothing new, but the final wrap-up scene was super cringe worthy, even if it is funny to many:

LOIS: Well, I guess that’s it for you and real estate, huh, Brian?

BRIAN: Yeah, it was a lot tougher than I thought.

LOIS: Oh yeah, it’s real hard being a real estate agent, I mean you gotta be able to count bathrooms.

PETER: I once beat a real estate agent in a game of chess. Me, a well known buffoon!

STEWIE: Face it, you failed at peoples’ safety net job.

A long way to go for the Realtor brand?

Peoples’ safety net job? The broker also offered to make Brian a partner if he made a shady deal, and it was said at one point, “Every other divorced mom at my kid’s school is a realtor.”

Does this mean that the Realtor brand and profession have a long way to go and that consumers think agents are akin to used car salespeople? Yes and no. The profession will always carry a stigma until it is as difficult to enter as a law firm or even stock brokerage, but Family Guy was poking fun at an old stereotype as they do endless other stereotypes.

It may hurt, and the timing may have been convenient since the industry was otherwise busy, but we’re chalking this one up to some good old fashioned humor. Let’s just watch it together and laugh at those other Realtors that aren’t us, deal? 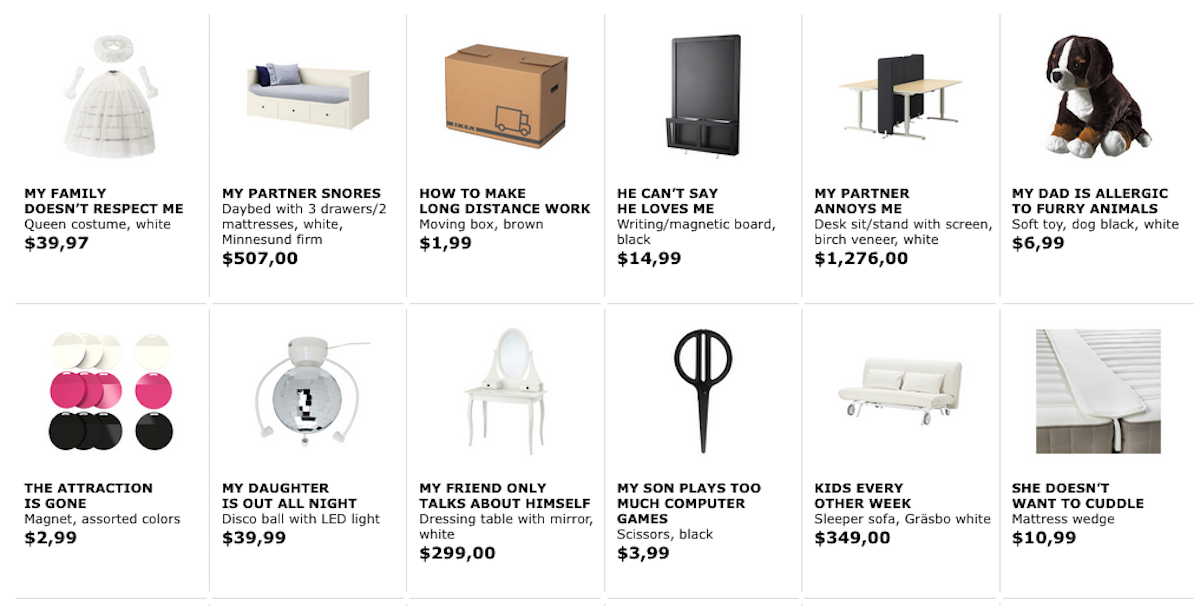 (MARKETING NEWS) IKEA's Retail Therapy campaign is more than funny - it hits home. Inspired to emulate the campaign yet?