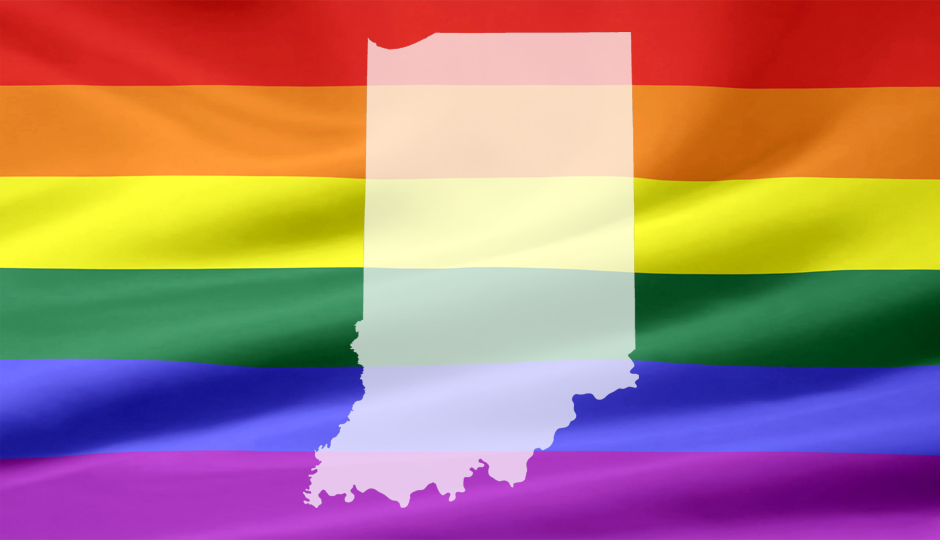 Indiana lawmakers have demanded headlines as Governor Mike Pence signed into law the controversial Religious Freedom Restoration Act (RFRA) which immediately led to unintended consequences, as the law affirmed that businesses could refuse service to anyone that conflicted with their religious beliefs. This sparked outrage from the LGBT community and its supporters, and both chambers of Indiana’s legislature sent Pence an amendment to the RFRA, forbidding businesses from discriminating against gay Hoosiers. Some lawmakers maintain that the amendments are unnecessary, but would help refocus the RFRA on it’s intended meaning: that business owners can practice their religion openly.

Indiana is certainly suffering from a black eye over this, and although the law will likely be changed, they will remain the focus of parodies for some time to come.

To catch you up, every comedy show has taken a swipe at the state, and below are just two brief cuts to watch so you know what the sentiment is:

And of course, two of our favorite actors gloriously speak out, comedic style, going viral on Twitter:

If you really and truly want pizza for your gay wedding in Indiana… We will make it for you. @donald_faison pic.twitter.com/y91qIkVoyt

So what does NAR have to do with this?!

The National Association of Realtors (NAR) from the outside may appear to be an aged monolith, but that couldn’t be further from the truth. As the nation’s largest trade group, their members come from every walk of life, even the LGBT walk of life.

Five years ago, NAR amended the Code of Ethics (that all Realtors are held to, lest they lose their license to practice) to go above and beyond local, state, and national laws to protect the public from being discriminated against based on their sexual orientation. Five years ago. Five.

NAR’s Code of Ethics’ Article 10 outlines the “Duties to the Public” which reflects the national Fair Housing law that forbids denying services for reasons of race, color, national origin, religion, sex, familial status or handicap. Article 10 was updated to “prohibit discrimination on the basis of sexual orientation,” based on a roll-call vote wherein 93 percent voted in favor. Ninety three percent.

At the time, we urged the federal government to update the Fair Housing Act accordingly, but they have yet to do so. In 2010, I wrote, “As a personal note, [our team] strongly supports and applauds the measure taken that Realtors’ ethics supersede federal law so that no matter if it is legal or not locally, discrimination based on sexual orientation will not be tolerated from Realtors, a measure taken by Realtors.”

So seriously, what does this have to do with Indiana?!? The truth is that Indiana could keep the RFRA in tact, but make the LGBT community a protected class, making it illegal to refuse housing, employment, and so forth. Sure, the feds could do it, but that would take another decade – Pence could make sweeping change by following in NAR’s footsteps and protecting any sexual orientation, be it gay, straight, transgendered, bisexual, or any other orientation.

Governor Pence, consider making REAL change in your state and consider all of your people’s sexual orientation (gay, straight, or other) immaterial to their right to work, find a home, and so forth.

This goes for all Governors, since a federal change will take years.

CHALLENGE TO OUR READERS: Email a link to this story to your lawmakers of choice. Let’s see if some real change can be made here.