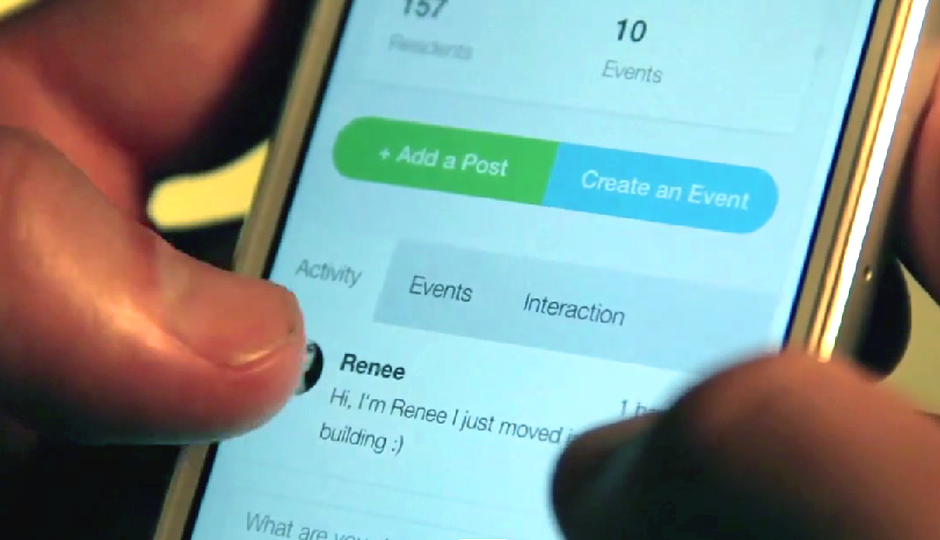 Whether connecting people that share an office or apartment building, Tower is a mobile app that will soon launch in beta to better connect communities.

The app is reminiscent of Marriott’s new app that connects visitors to their hotels, and is in line with the expanding trend of technologies connecting people based on their location. It is also reminiscent of HTC One asking my husband today if he wants to connect with other HTC One users in his area.

There’s a lot to be said about better connecting communities, and the world is scrambling to do just that, but many are far too niche to leave a lasting impact. Tower, on the other hand, connects people on an extremely specific level, but instead of being something used only once or twice (Marriott) or forgotten after opting in (HTC One), it taps into a natural behavior – wanting to know who that person you rode up the elevator is.

Quick peek at how the app works

Below is Tower’s demo video, and while it kind of comes across as a dating app, I personally think it stands a chance at connecting people and businesses (I’ll explain after the video):

Why I think Tower is a formidable app

Because this is an unvetted product, there is now way to predict how it will succeed – the marketing could fall flat, the adoption rate could stumble because the operation is too lean, it could be filled with bugs, and so forth. But on the other hand, with proper design and development alongside a strong marketing push, the app could be successful.

Now that the caveat is out of the way, what Tower does is different and could be quite powerful. Imagine you share an office building with a major lobbyist firm, but they’re always rushing in and out of the building while on their phone, making them relatively unapproachable. You have experience working with temporary housing or relo clients, and being their go-to could generate some serious referrals, but you have to get your foot in the door – Tower could help if building tenants are active.

Let’s say you live in a large condo tower and want to be a better leader in your community and organize your neighbors – forget hunting people down in the hall and yelling at them to please please please come to a building mixer – you could use it to reach the people that want to be reached and organize a simple mixer.

Tower taps into a natural act – connecting with people in places that are natural to connect. Connecting because you’re in the same hotel spells hooking up, and connecting over a device in common spells easy-to-get-over-fanboyism. Neither of those are common, natural places to connect, but where we go every day is natural and common, be it an office or residential building. For this reason, Tower has a shot at being a formidable app that affects change.

In this article:Breaking, Hot, tower