It’s 12:17 a.m. I’m laying in the dark basking in the glow of my laptop, next to my sleeping sons, as I go back and forth between the clock and my to-do list, then back to the clock, then over to my children’s faces.

At this moment I imagine I feel similar to many other entrepreneurs, small business owners, and work from home parents. The day is done, it’s after midnight, but you’ve barely made a dent on all the things that need to get done.

In the morning the day seems wide open, the world your oyster, and the list of obligations not quite intimidating, yet. It all seems manageable, in the morning. But all it takes is a hiccup to consume a couple of unexpected hours of your morning to throw off your entire day. A technology failure, an unhappy customer, an unexpected task, all of these can wreck a well-made plan. And even without these mishaps, regular distraction, email, a headache, or simply, writer’s block can disrupt one’s business processes as a whole.

So, what’s the solution? I’m already working 100 hours a week, maybe another 10 or 15 will make it all fall into place? No, instead it’s the opposite. Know when to turn it off . Enough is…quite literally… enough.

When I read Melissa Camara Wilkins’ article about having an “enough list,” I dropped my laptop, slow clapped for about five minutes, then found a lighter and swayed back and forth until I realized I had a deadline I needed to meet. Wilkins talks about how she makes a short list – of three things exactly – that will be the focus of her day.

They are not specific tasks, she states, but may be as general as “make that phone call I’ve been avoiding” or “write an article” or “send that email”, but she only makes three, simple, goals a day.

Wow. What a fantastic idea. I began to plan my day around this philosophy and then I woke up. Because, let’s be honest, I’ve got some serious stuff to get done. This idea sounds great on the surface but come on.

Who can seriously only focus on the examples provided in the article? Especially for someone running a small business or acting in a leadership position, the number of phone calls or emails that need follow ups, issues that need resolution, meetings that need your attention, and articles that need to be written are ongoing.

That being said, the takeaway from the article is good – know when to turn it off. Since for me (like many of you) my to-do list never gets completed, instead it gets whittled down to “nearly manageable” but often escalates to “all hell breaking loose,” I was looking for a solution to keep my days as stress free as possible.

So I used Wilkins’ idea as inspiration and I started my “enough list”.

I realized there was no getting away from my to-do list because, honestly, I need it to stay sane and know what expectations and deadlines are the most pressing. But now I also have an “enough list” that allows me to turn it off for the day.

This list designates when it’s ok for me to shut the lid of my laptop and put away my phone. Different from Wilkins, though, instead of putting tasks on my enough list, I put milestones.

I make goals for each day. My to-do list may be a mile long but for Thursday, I’m going to be satisfied with attending my two morning meetings, writing three articles, and responding to four key emails that I put off the day before. And at 6:30 I’ll turn off my laptop, put away my phone, have dinner with my family, talk to my children when they are in the tub, enjoy an episode of Breaking Bad with my husband after the kids go to sleep…and if I feel like it, because who am I kidding, check my email after that.

An enough list isn’t about putting a cap on your day; it’s more about prioritizing your time to make sure your to-do list doesn’t eat you alive. At least not today.

In this article:productivity, Real Estate News, to do list 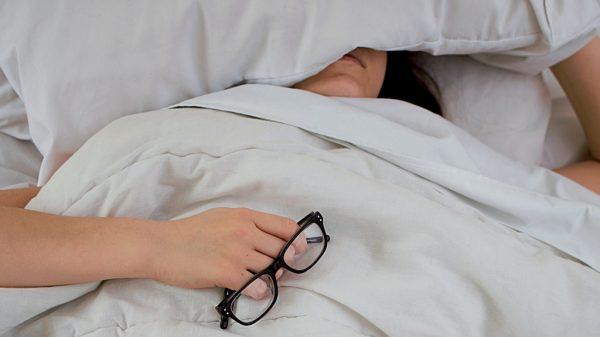