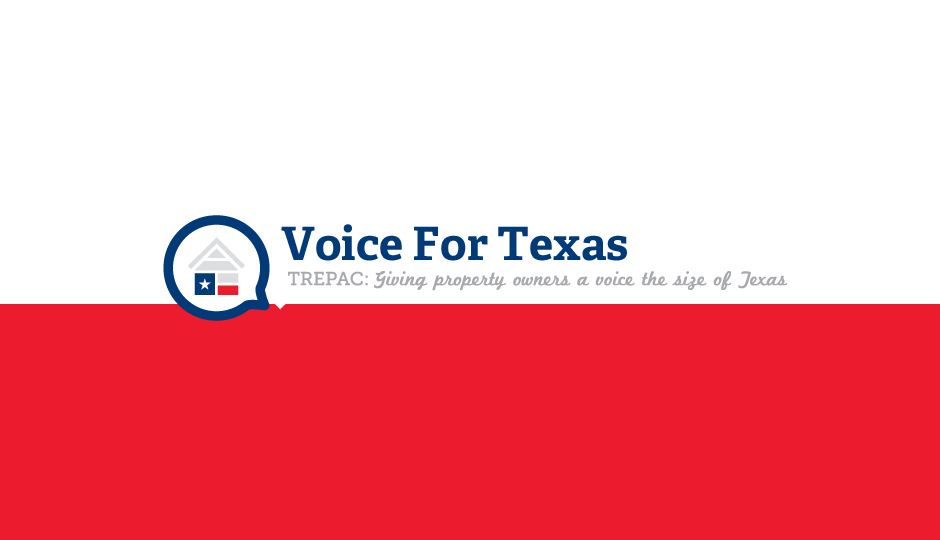 There are many ways the real estate industry raises funds to protect homeownership, with state Political Action Committees (PACs) fundraising among their Realtor members who know their state PAC’s acronym well. Preserving homeownership is an industry tradition, as a means of self preservation, but the PAC machine is traditionally inward-looking.

All eyes are now on the Texas Real Estate PAC (TREPAC) who is looking outside of just their member base and aggressively asserting their message to the actual homeowners. We’ve seen other PACs make similar attempts, but with little more than a “donate” link on their page, but everything’s bigger in Texas, right?

TREPAC has launched the “Voice For Texas” campaign with a well designed website, succinctly explaining their value proposition (“giving property owners a voice the size of Texas”), immediately asking homeowners to share what they are going through (instead of focusing on the PAC staff or lame local meetings), a newsletter sign up, and a clear button that says “Invest Today” instead of “donate.” They even have a “My Texas Home” video contest awarding a local homeowner with $5,000 and again asserting their goal of protecting private property rights.

The copy on the site is extremely well done and focuses on the homeowner and their rights and makes it extremely easy to get involved rather than forcing them through a maze of eight point font and “me me me” copy. Overall, TREPAC has set the bar pretty high for other PACs to follow suit, and word on the ground is that others are watching and circling their wagons to figure out how they can emulate the TREPAC campaign.

Michael Detrick, chairman of the Voice For Texas Advisory Committee expresses the TREPAC initiative best in the statement below:

Campaign financing changed dramatically when in January 2010, the Supreme Court overturned much of the McCain-Feingold Act of 2002 with their ruling in the Citizens United v. Federal Election Commission. The National Association of Realtors (NAR) responded by launching the REALTOR Political Survival Initiative (PSI), which uses a portion of member dues to send national funds to state and local Realtor associations to help their efforts, and also sends manpower and consultants to aide in the local causes they support.

Resources began trickling down from the national level a few years ago, and TREPAC is paving the way toward appealing to the broader base of homeowners (who really are the benefactors of their work), so we are watching for the increasingly creative ways the industry is adapting to fundraising to protect homeownership.

In this article:Breaking, Homeownership, Hot, trepac