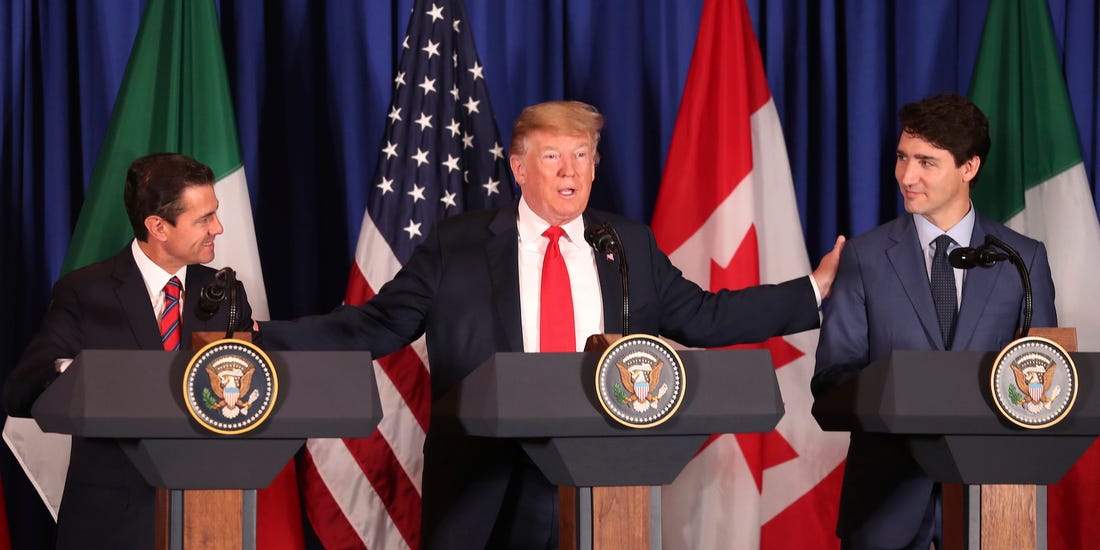 The National Association of Realtors (NAR) came out in support of the U.S., Mexico and Canada (USMCA) Trade Agreement by sending a letter to Speaker of the House, Representative Nancy Pelosi and Republican Leader, Representative Kevin McCarthy. The NAR urges Congress to ratify the USMCA, believing the trade agreement will positively affect the real estate industry.

What is the USMCA?

This trade agreement is a renegotiation of the NAFTA (the North American Free Trade Agreement). The USMCA gives US dairy farmers increased access to the Canadian dairy market. It also increases incentives for domestic production of cars and trucks. The trade agreement requires minimum wage requirements for factory workers in the automotive industry.

According to the International Trade Commission, the USMCA would add an estimated $68.2 billion to U.S. economy. Mexicans and Canadians would be able to purchase property easier under the trade agreement, because custom procedures would be modernized.

What is the status of the USMCA?

Mexico’s Senate ratified the agreement in June. In Canada, the agreement must be re-introduced to the 43rd Canadian Parliament because it was not ratified under the past session. However, it is supported by Canadian Prime Minister Justin Trudeau.

In the United States, the USMCA must be ratified by Congress. In June, Mick Mulvaney, President Trump’s acting chief of staff, said that the trade agreement has “a better than two-thirds chance of passing Congress.”

Speaker Pelosi has not yet brought the USMCA to the floor for a vote, although she did state, “We’re moving ahead on the U.S-Mexico-Canada agreement,… hoping to be on a continuing path to ‘yes’” to approve the deal aimed at replacing the North American Free Trade Agreement (NAFTA),” at a news conference in October.

Currently, it’s believed that the impeachment proceedings are derailing support for USMCA, but there are other perceived problems with the agreement that could prevent Congress from ratifying it.