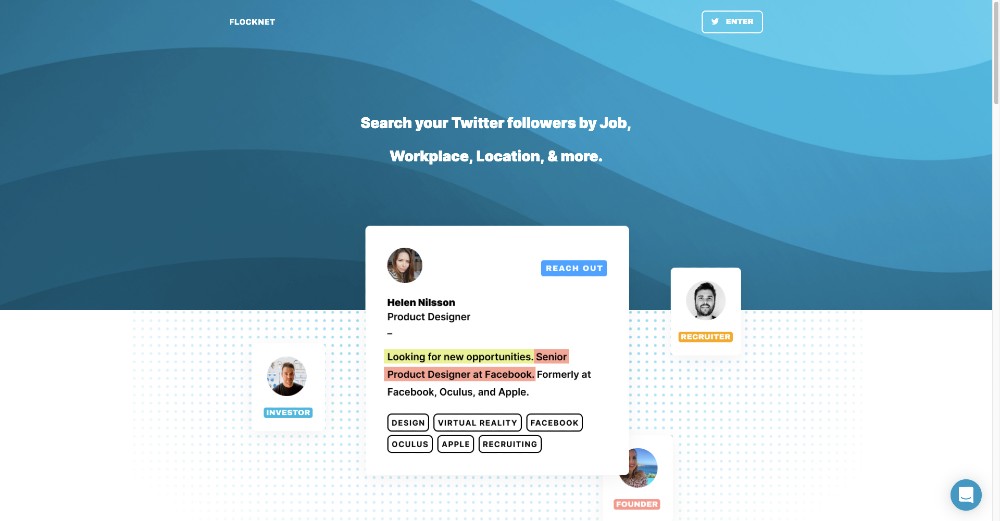 Flocknet started as a quick weekend hack by maker Aaron Ng. He was on his way to a design conference and wanted to know which of his Twitter followers were designers in NY. He was frustrated that Twitter did not already have a feature to categorize and organize his followers in this way.

Flocknet is now on a mission to build a people search engine, including user Twitter Graphs. This tool currently allows users to keep track of their Twitter network, search by profession, and sort by followers, location and keyword. Flocknet’s job classifier supports the professions of Engineer, Designer, Investor, Founder, and Press/Media.

They also offer daily network updates for paid accounts (weekly for free accounts). These updates can be used to spot job changes, life changes, and more. Flocknet has a full contacts manager with alerts and reminders, and a few CRM features for note-taking, tracking when a user last DM’d someone, and pipelining potential candidates.

This also allows users to see life, job, and profile changes that sometimes hit Twitter first. The company claims that these tools are useful for journalists, investors, and recruiters who want to analyze and follow up with their Twitter network. Users can organize their Twitter followers with the contact manager or keyword alerts that allow users to track particular companies or phrases. It also offers reminders to users to reach out and follow up with messages.

An anonymous endorsement on the Flocknet page claims the tools worked for them in this way, “I used Flocknet to help a well-known startup find a core member of their early-stage team. They’d been interviewing folks for this role for a year…I found this person in minutes, cold DMed them, and we got rolling. I can’t imagine sourcing another way after using this tool.”

Pricing tiers start with a free version that allows users to conduct limited searches and digests, sync followers and lists, and receive daily following syncs and weekly follower syncs. Premium tier pricing includes all day syncs, keyword alerts, user alerts, and full advanced searches. The pricing is based on the number of followings and followers on an account. 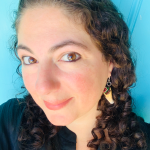