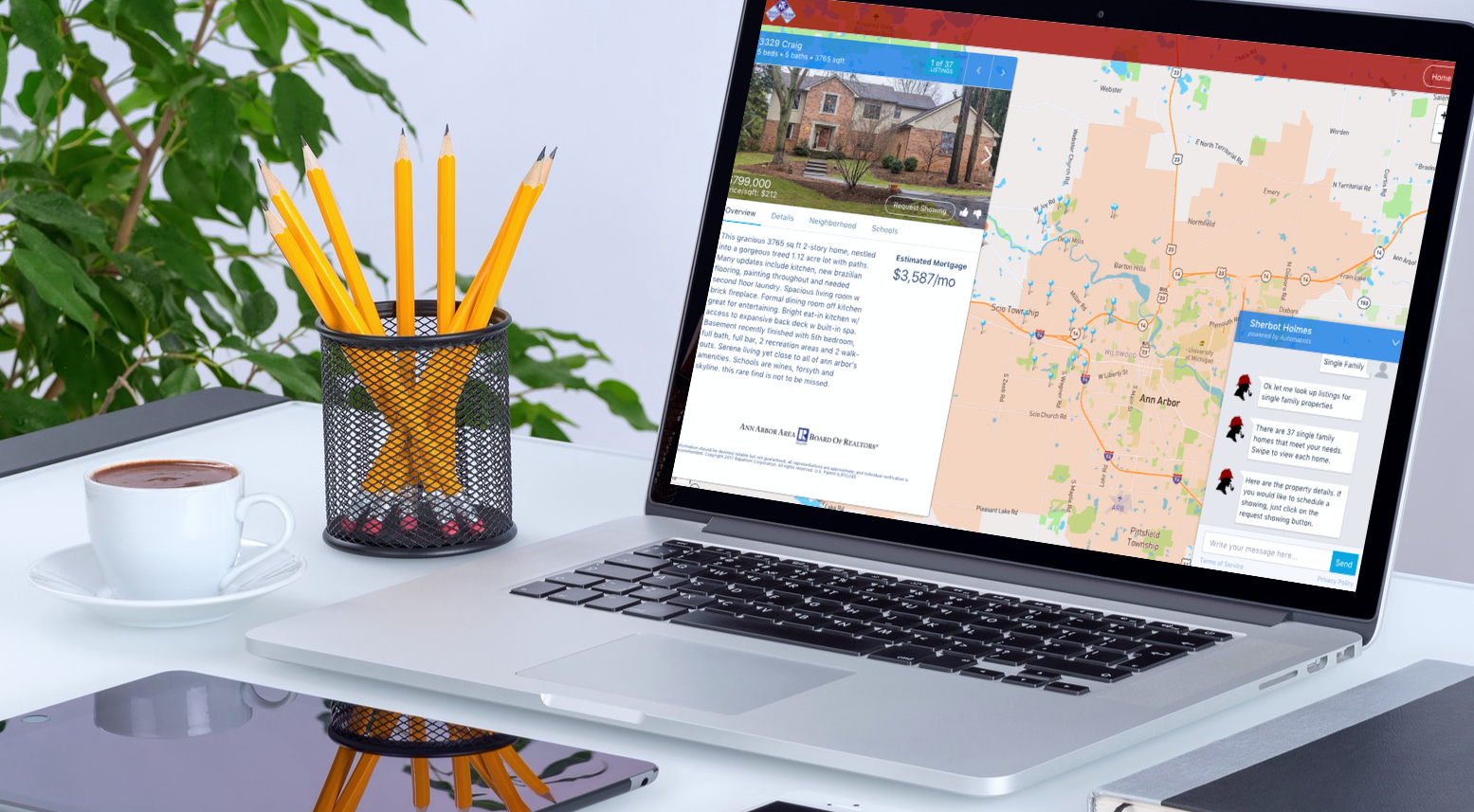 Real estate and A.I. may seem like two different worlds, but some would say they’re just on different timelines.

Read also: Replika is a personal device that learns your personality, talks to people FOR you

Grant Gould, co-founder of Automabots, is looking to bring artificial intelligence to the real estate world in a big way, through chatbots developed for real estate-specific purposes.

Gould is by no means new to the A.I. world, or to entrepreneurship.

In 2002, he started paying close attention to automated technologies, and began to focus on “building automated agents.”

Driven by the potential A.I. holds to make life more efficient, he read endlessly on the topic, digging into the hardcore science of MIT papers.

And now he’s come out with Automabots: real estate bots that claim to triple a website’s lead conversion rates, and engage more buyer and seller prospects through an A.I. technology developed specifically for real estate, not just a technology absorbed by the industry by default.

A 300 percent increase in lead conversion is a big claim, but Gould Gould notes that artificial intelligence is already fueling chatbots that are helping people to buy shoes, flowers, and a number of other things.

Why shouldn’t Realtors and Brokers take advantage of chatbots to nurture home leads on their websites?

Automabots is currently fundraising, which means they’re expecting rapid growth and want to be ahead of the game so they can keep up with demand – a highly positive sign. The company currently has 100 clients, and they plan to roll out to 48 different markets in batches this spring.

Quintuple the fun with Automabots

And here’s the coolest part of their story: Automabots has an ‘s’ on the end for a reason – they’re building five chatbots.

A lead capture bot -When a person undertakes to convert a site visitor into a real lead, it can take a bunch of time and money that could be well-spent elsewhere. Why not let a bot take care of it? Gould cites lead capture as the biggest challenge, saying that there’s currently no attention paid to lead conversion, so there’s tons of room for improvement. This is the bot featured on the Automabots website, so you can check it out for yourself right now!

A lead manager bot -If you’ve ever wished you could have a quick, productive convo with your CRM data instead of staring at it aimlessly, look no further. Gould compares this bot to a personal assistant that you chat with, instead of logging into anything. It’s elegant, time-saving, and friendly!

A scheduler bot -A simple bot for organizing showings and keeping sellers informed. Gould says this will be fully automatable, for minimal effort on your part.

A digital marketing bot -Oh, another one? But this one might be worth paying attention to – here’s why. Gould says this bot could automate listings uniquely, meaning that instead of the bot blasting a listing link across all social media platforms (and the link being ignored, because what works on Facebook is useless on Pinterest), the Automabots digital marketing bot could create 100 distinct property listing descriptions on one listing for content. It could be a gold mine for SEO and SEM, and it sounds to us like it might just be the first social media bot actually made for real estate. Consider us impressed.

A transactional bot -According to Gould, this isn’t a transaction coordinator – but those do exist. Instead, this is a bot designed to communicate with all parties intelligently and keep things running smoothly.

Don’t freak out, yet.

At least not yet – “Maybe eventually it will have an impact as Millennials are of an independent mindset of doing things themselves, but I embrace A.I. I see it for what it is – an opportunity to become more profitable, more efficient, and serve people better.”

In other words, it’s a paradigm shift, and it’s happening now.