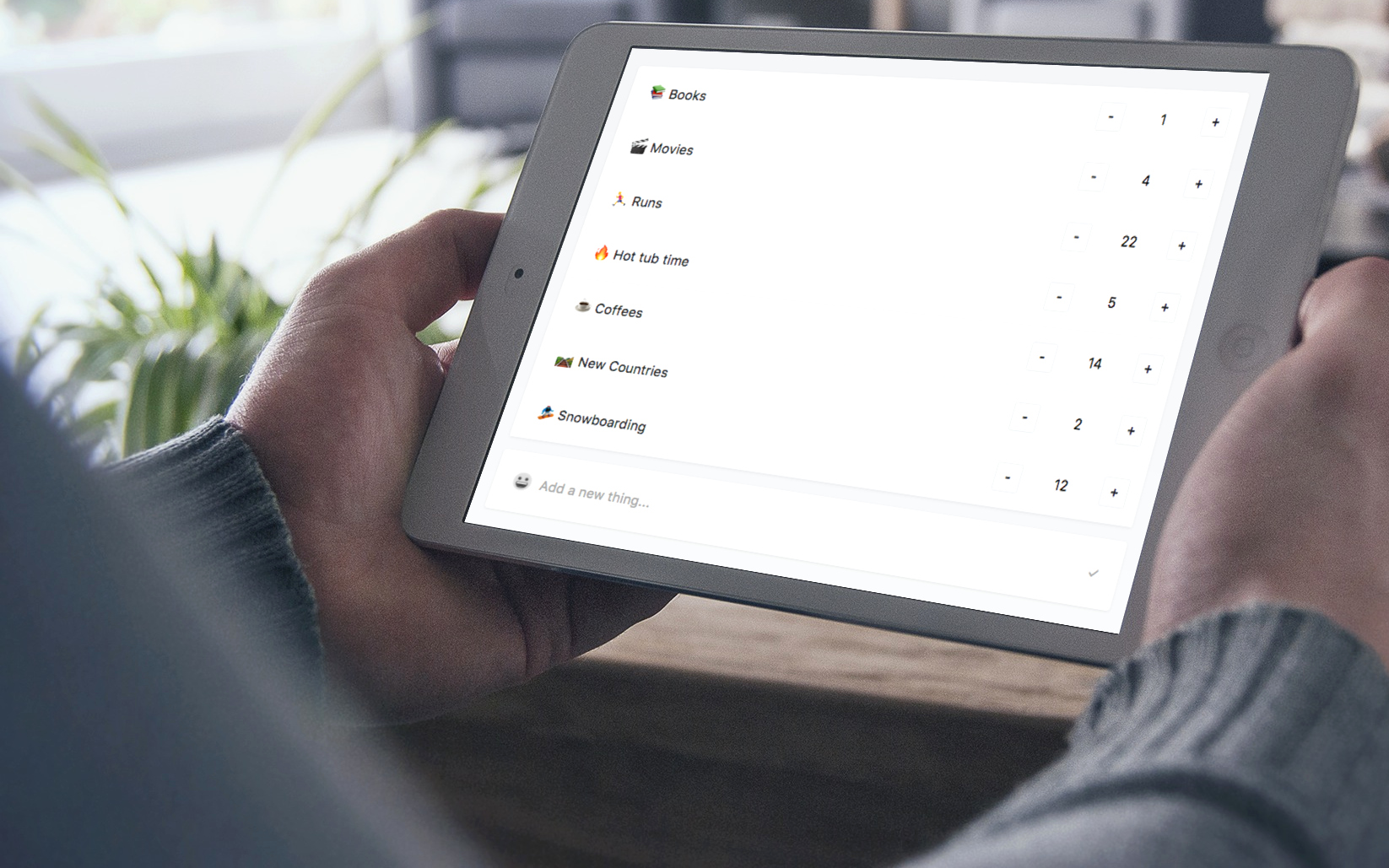 If you’re looking for a simple way to track your habits, and maybe stick to your new year’s resolution, look no further than Daybook.

Read also: How to break and overcome your bad work habits in 2017

Simplicity in the tally

Daybook is a new app with one very straightforward function: to keep you on track. They have kept it simple, perhaps to not distract you from your goals. All you need to do is enter the name of the activity you want to track, and then you either click the plus sign to add to the counter or the minus sign to reduce it.

There are no dates, stats, or any fancy details. In other popular apps such as HabitBull and GoalTracker, there are various other features such as insights and time frames that you can set yourself. While useful, these features can also make reaching your goal feel overwhelming. Daybook is an alternative to most advanced apps. It is basically a digital tally list.

Track whatever you want

The creators of Daybook wanted to make the app flexible in order to fit everyone’s needs. For example, you can track how many sodas you have in a day if you’re trying to lower your caffeine intake. Or, you can count the number of pages you’ve written when you’re writing an essay. It can even be used to keep score if you’re playing a game. No matter what it is, you can track it. In addition, if you want to keep yourself accountable, you can make your Daybook activities public.

Sharing your info is a good way to engage your friends and family to stay motivated.

At the end of the day, Daybook is a simple tool to help you work on your habits. Whether you have many goals to reach or just wanted to see how many episodes of Game of Thrones you can go through in a day, Daybook is there for you.

Camera that spins, zooms on its own – perfect for remote working

(TECHNOLOGY) Video conferencing tool, Meeting Owl Pro, helps bridge the communication gap in remote teams with a camera that spins and zooms on who is speaking 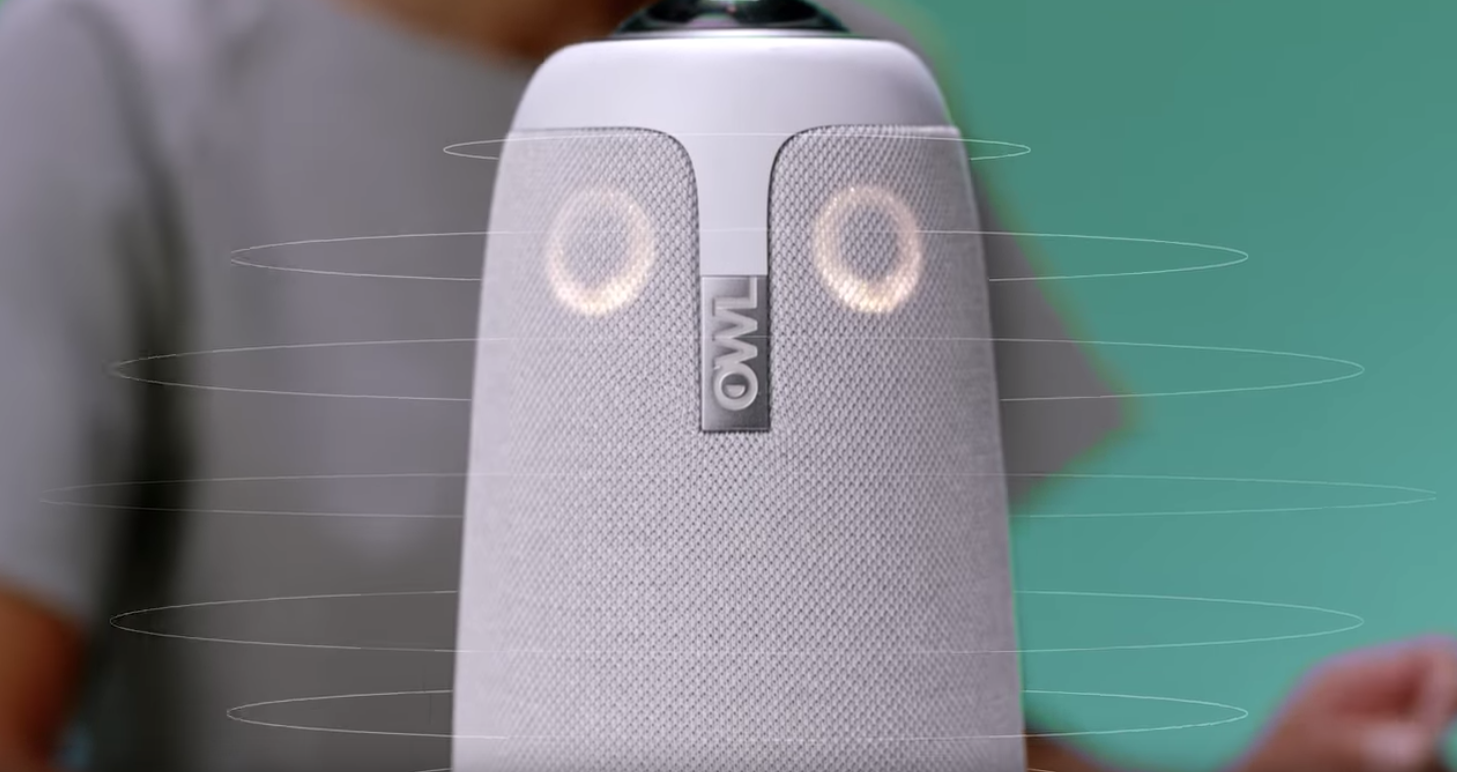 As someone who has spent the bulk of their career in a remote setting, I’ve definitely noticed some elements of communication that differ from an on-site job. Rather than being able to pop into your boss or coworker’s offices, you have to shoot them an email or try and catch them on their phone.

Remote work can get even more complicated when the whole team is remote and you’re attempting to get everyone on the same page. Or, think about when you’re working remote and you have to video conference into a meeting with people who are on site. Even with video conference chatting, there can still be some kinks in trying to follow the voices and stay on top of who’s speaking.

Luckily, Owl Labs took this issue into consideration and whipped up Meeting Owl Pro and Meeting Owl First-Gen, which are the only 360° camera, mic, speaker smart devices on the market today. This is ideal for teams who have both an on-site and remote team collaborating together (or will again soon).

The Owl sits in the middle of the on-site table and moves in a complete 360° manner that picks up who is speaking and moves the camera to focus on them. That way, the people who are calling in remotely can clearly see who is speaking and follow the meeting as if they’re actually in the room.

Both versions of Meeting Owl are compatible with the big video conferencing platforms, such as: Zoom, Google, Skype, etc. They operate as plug and play devices that connect to Wi-Fi, which allows for automatic updates.

According to the tech team, the specifications of the Meeting Owl Pro 360° smart camera has an enhanced Owl Intelligence System™, 2X sharper camera with 1080p resolution and 2X louder 360° in-room speaker. With the Meeting Owl Pro, customers can expect their meeting spaces to become increasingly intelligent over time with new smart integrations and capabilities, the first of those features being a new Smart Zooming functionality that identifies, locates, and magnifies the person speaking.

This will help to bridge common communication barriers that are felt between on-site collaboration with remote teams. Additionally, it will help with team-building as everyone will have more of an opportunity to spend face-to-face time with their coworkers who work remote from them.

AI being used to better understand the COVID-19 pandemic

(REAL ESTATE TECHNOLOGY) The intersection of the coronavirus and AI is here and it’s trying to making the world a better place. AI can read and collect data faster than humans. 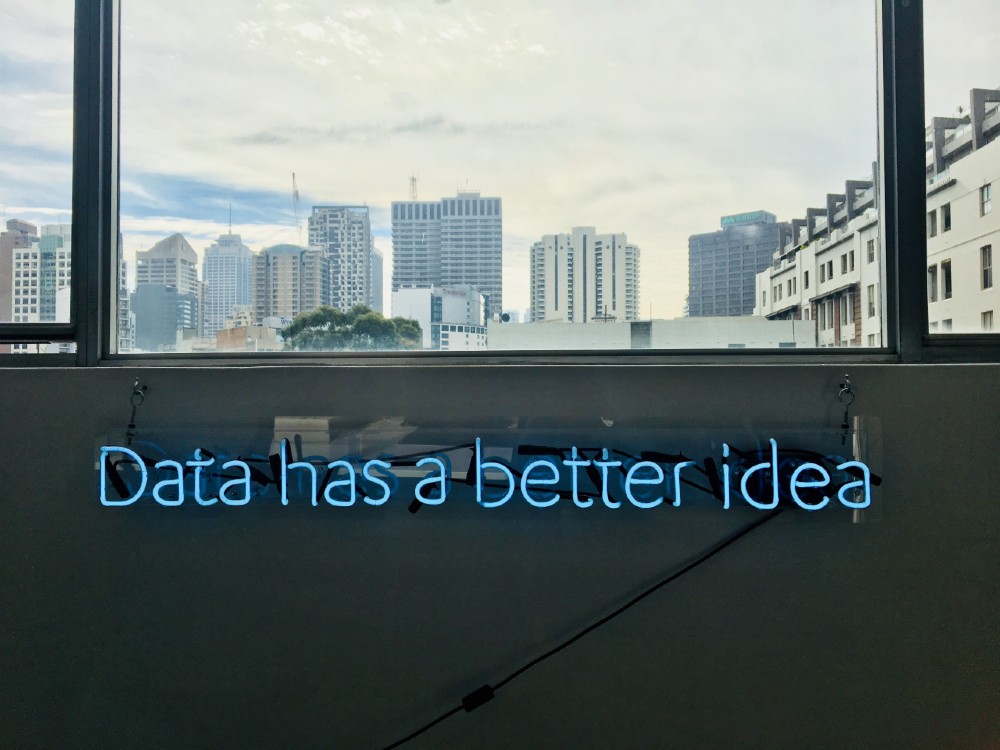 As the world scrambles to figure out the best way to prevent the spread of the Coronavirus and halt the ongoing pandemic, researchers are searching for a cure. In order to do so, it is beneficial to track patterns in the virus’s behavior.

Since the virus’s initial spread in December, thousands of papers have been written about the Coronavirus, or COVID-19. It would take weeks, if not months, for a person to collate all that information into some valuable data. This is where AI comes in to help.

Earlier this week the White House announced that they were working in collaboration with tech companies and members of academia to provide the huge amount of Coronavirus research to AI researchers and their algorithms.

The AI will be able to comb through all of the research we have to-date and search for patterns that could help those in the research field to find a cure and those in the medical field to better treat their patients. According to Wired, companies and institutions such as the National Library of Medicine, Microsoft Research, and the Allen Institute for AI (AI2) are currently working to gather and prepare the nearly 30,000 papers related to the virus so they can be processed by AI.

Hopefully, the AI’s algorithms are able to see something we cannot. It could find new connections that researchers have not been able to make and speed up the process.

The CEO of AI2, Oren Etzioni, is hopeful that this project will show people the brighter side of AI. “High tech, in general, has gotten a bad rap, but something like this crisis shows how AI can potentially do a world of good.”

There is no question that AI can help us find some answers as we face this pandemic. Whether or not this can all be arranged quickly enough to actually help mitigate the current crisis is the question. Some are wondering if U.S. resources would be put to better use by helping to address the shortage of Coronavirus test kits.

Experts are imploring people to think of the big picture. The issue of open access to medical and scientific research has been a topic of conversation among researchers for years. The pandemic has only highlighted the need. Now governments across the globe are calling on scientific publishers to open access for research on the Coronavirus so we can all work together in this time of global crisis.

How telecom, power companies are helping customers during COVID-19 outbreak

(REAL ESTATE TECHNOLOGY) Telecom and power companies have also tried to help their customers, while the Coronavirus makes its rounds, by extending service. 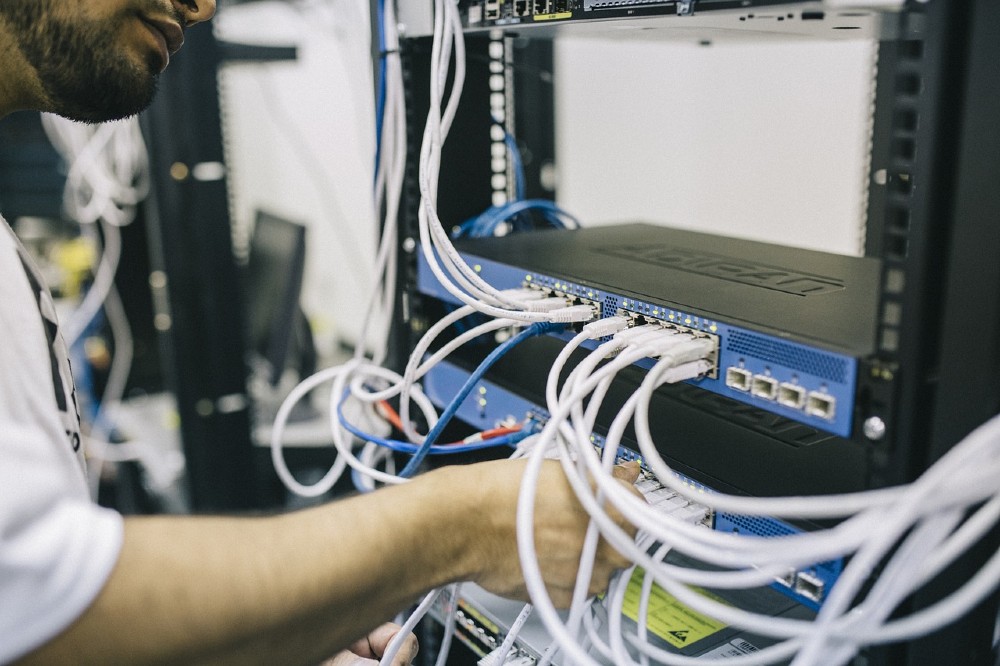 According to Fox News, Mark Cuban, owner of the Dallas Mavericks, promised to take care of the employees at the American Airline Center during the NBA shutdown. The employees would be paid as if the games were still taking place. Many of the other leagues have made the same promise. Unfortunately, not every employee works for a business with those types of provisions.

Thankfully, many organizations are responding to the COVID-19 pandemic with special accommodations to help residential and commercial customers deal with financial issues and staying home to prevent the spread of the virus.

Comcast is offering 60 days of free basic internet service to new customers. It’s also not disconnecting or charging late fees. Current customers are also being provided with unlimited data. AT&T is offering the same types of things for its users, unlimited data and suspending terminations, as is T-Mobile.

Closer to home, the City of Austin has decided not to disconnect customers’ services for non-payment. Evictions are also halted. Austin Energy is reconnecting users who were recently disconnected for non-payment. The company is working with customers to help them get on track with their electric bills.

Customers without power do need to reach out to Austin Energy for a courtesy reconnect, because the bill cannot be restarted without speaking to the customer. The Public Utility Commission has asked all Texas power companies to work with customers during these uncertain times. TXU Energy has also waived late fees and is extending payment due dates.

If your finances are being affected due to COVID-19, talk to your landlord and other providers now to work out a plan going forward. You’ll have less stress when you know you won’t lose your power, water or home. Companies are willing to work with families who have been impacted by the pandemic.

Processing emotions during COVID-19: It may be grief you’re feeling

A guide on how to nail your next video presentation

COVID-19: How one Realtor’s quiet actions have set an example for all