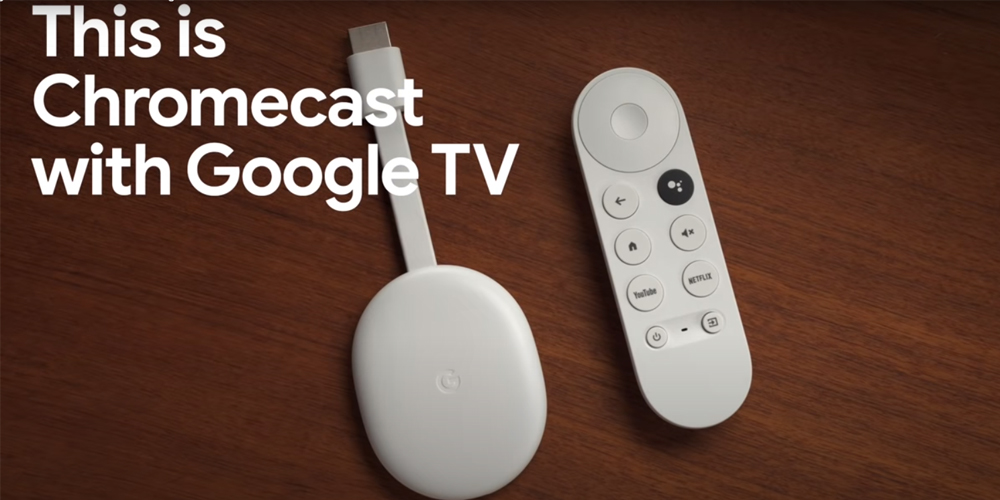 In 2013, Google changed online entertainment with its first Chromecast. At $35 per streaming stick, their new media player made it easy and cheap to stream videos, movies, or TV shows straight to your TV. In 2016, Google released Chromecast Ultra. This newer device made it possible to stream 4K video for about twice the price.

Four years later, Google has finally revamped its Chromecast streaming device without having to increase the price tag. The company unveiled its new product, Chromecast with Google TV, at its annual hardware event, Launch Night In. And the price? It’s just $50!

What makes the new Chromecast great is the Google TV entertainment experience. Running on an Android TV operating system, you’re able to stream content from a variety of apps. With a handful of subscriptions myself, I find this very appealing.

Shalini Govilpai, Senior Director for Google TV, said “We made Google TV—a new entertainment experience designed to help you easily browse and discover what to watch.” Easier is always better!

With older Chromecast devices, you would need to find videos or movies on your mobile device. Then, you could cast it to your TV using your phone or tablet. With this new reimagined Chromecast, there is no need for so much work. The built-in Google TV software offers a menu so you see what is available to stream across all your apps and subscriptions. According to Google, you can “spend less time jumping from one streaming app to another and more time watching your favorite shows.”

Also, it has a voice remote control with a lot of cool features. It has dedicated buttons for popular streaming services like Youtube and Netflix. There is a button for Google Assistant. If you want, you can ask the assistant to help you find something to watch, play music on YouTube, or even ask for the weather.

You can also use the remote to control your smart home lights or check on your Nest Camera. Gerardo Capiel, Director of Product Management for Hardware and Entertainment, said Chromecast with Google TV is the “Best Chromecast yet.” To me, at least, it does sound like a good one.

Due to the pandemic, streaming services haven’t been more in demand than they are now. With Chromecast’s added Google TV feature, I think the device’s release couldn’t come at a more perfect time.

The streaming device is available to buy in the U.S. right now. But according to CNET, the product is back-ordered at Home Depot, out of stock at Target, and sold out at Walmart. So, if you’re planning on purchasing one, you should probably get one sooner than later.

(TECH) The first feature to hit Amazon Music is auto-generated and synchronized text transcripts for their most popular podcast shows. Sign us up!

Amazon set out to accelerate the growth and evolution of podcasts last year by acquiring the podcasting network, Wondery. Now, the company is doing just that with the launch of its auto-generated and synchronized podcast transcripts feature on Amazon Music.

According to an Amazon Music tweet, with this feature, you’ll be able to “Roll it back, jump ahead, and follow along” with the podcast you’re listening to. For instance, you can scrub through the transcript to find that line of text with that quote or movie and book suggestion you can’t quite remember. When you tap on a particular line of text in the transcript, you’ll be able to jump straight into that specific part of the podcast. I can already see all the time saved! But, if you just want to read along as you listen, you can do that, too. The transcript will match the audio as you’re hearing it.

Right now, the company is only rolling out podcast transcripts in the US on both iOS and Android devices. When it will expand to other countries isn’t known, and the feature isn’t available for all podcasts yet. For now, it is only available on a selection of popular podcasts like Smartless, Crime Junkie, This American Life, Uncommon Ground, and Modern Love, but more are coming.

To use it, all you have to do is open the podcasts tab on Amazon Music and select one of the podcasts you’d like to listen to. Of course, you’ll need to select a show with the podcast transcription feature to see it. When your show is playing, on the top of the album art and in fullscreen mode, the transcriptions will be available for you to read along to.

Oh, and if you’re worried about having to read through the ads, you have nothing to fret about. Ads won’t be transcribed. Instead, the transcription will read “audio not transcribed” when they are playing.

So far, Amazon seems to be going strong in the podcasting game with the release of podcast transcripts. The feature makes it easy to search and find what you are looking for in a show. And, for those on a long and noisy bus and subway ride, you’ll finally be able to read the information you previously couldn’t hear.

(TECH NEWS) UX design is important. By conducting a simple audit to make sure your site is accessible, you can minimize the number of people that quickly go away.

A good UX design is essential in attracting and retaining customers. A seamless and positive experience will keep customers happy and bring your business many benefits, like increasing audience engagement and sales.

But, how do you know if your user experience is in need of help, so people don’t bounce away quickly? Well, if UX is not your forte, the best thing to do is to hire a good UX designer. Unfortunately, sometimes hiring one isn’t always within the budget.

So, what do you do then? The next best thing is to conduct a UX audit of your website or app. Not sure where to begin? Fulcrum’s Do It Yourself UX Audit kit is one place to start.

According to the website, this DIY UX audit “can help you gain valuable insights about the usability of your product.” The tool detects problems in your UX, prioritizes them for you, and finds out how you can fix any existing issues.

The tool is made out of free easy-to-use Notion templates. These UX audit checklists are all customizable, and you can print them or save them on your Notion dashboard to use later.

Inside each template, there are cards with descriptions and examples. Depending on if you meet certain criteria or not, you drag and drop the card into the “Yes” or “No” column. When you’re finished, you will easily see what issues you have, and you can work on fixing them.

The templates are divided into Junior and Middle-level templates.

The Junior level has templates for things such as field and forms, login, mobile UX, and architecture. Most of these templates help make sure you cover your basic UX bases. For instance, it looks at whether your website is desktop and mobile-friendly, and if each element makes sense and is easily identifiable.

The Middle Level dives in a little deeper. The “Visibility of system status” audit checks if you are keeping your audience informed on what’s going on. Things like battery life, loading, or Wi-Fi connection indicators can make a huge difference. No one wants to stare at a screen with no clue if what they clicked on is working or not.

If you can afford it and want a UX virtuoso to do the work for you, you can get a UX audit from Fulcrum. The experts will conduct a full-fledged UX audit and create wireframes with solutions for your UX issues.

However, no matter how you go about it, a good UX design is important. Higher rate conversions and user retention won’t happen if your product is just pushing people away.