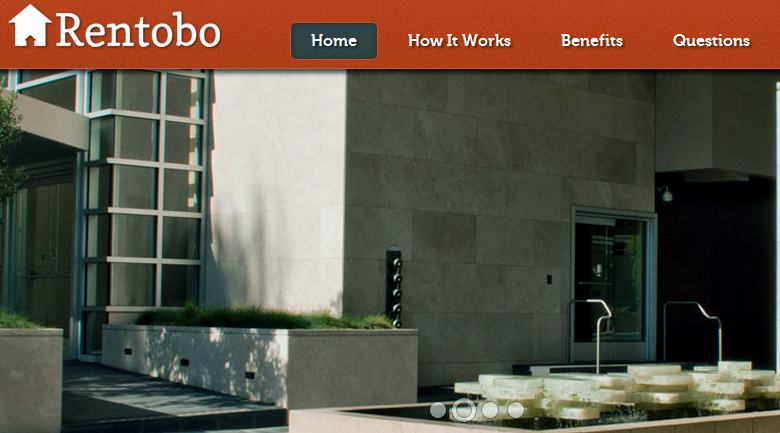 When we hear about a young startup in the rental sector, our ears always perk up, because it currently has the most room for improvement, and is light years behind the residential sector. We have highlighted dozens of them in recent years, watching them grow and make some of the same mistakes that residential search companies have made, namely the assumption that no one does what they do or can do.

TechCrunch recently wrote about Y Combinator-backed Rentobo.com, which at first glance was refreshingly beautiful. TechCrunch writes, “The team, which was part of the Y Combinator Summer 2011 class, started off originally with the idea of auctioning off apartment rentals. But it quickly realized that all the infrastructure it was building would be extremely useful in just getting most apartment listings online. So it began to focus instead on what it could do to automate the process and make things easier for both landlords and tenants.”

While an early pivot is never unhealthy, it made us immediately wonder why Y Combinator would back a company entering such a noisy space that is being pioneered by the big bucks? Although Rentobo is well designed and could possibly do the same tasks, RentJuice has already innovated the “common application” for renters and landlords, the crux of what appears to be Rentobo’s offering, and RentJuice also made headlines last year when they created the first ever directory of rental industry insiders.

Since then, RentJuice was acquired by Zillow for $40 million, so perhaps Rentobo sees flaws in the system and seeks to go head to head with Zillow, and why not? Zillow saw flaws in Realtor.com and came out doing something extremely similar, but in a way that they saw as superior.

Sexy design, but what’s next?

Although hailed for their beautiful design (by us and TechCrunch), it looks a bit like RentChimp, designed to compete with Nestio, a bookmarking site for real estate listings.

Rentobo also has to compete with LeaseRunner which has a loyal following for their making the leasing process paperless, automated, and easy enough for the non-tech savvy to understand, particularly landlords. Alternatively, RentMonitor simplifies property management and reduces paperwork, alongside their competitors.

Since the company already pivoted, it is conceivable that they could end up adding search, and not only go up against legacy brands like ForRent.com, but Inhabi, which matches renters and landlords, eHarmony style, or Lovely which is amazingly beautiful and going national.

Maybe the next iteration will include scoring for listings like Rentenna or throw in a mix of aggregated short term rentals with traditional rentals like Rentmix or stick to aggregating Craigslist and other listing sites like Padmapper is so famous for.

Perhaps lifestyle search could be thrown in to compete with RentSavvy or the focus could be on the investor portion of leasing, like RentScoper.

IS there room for Rentobo in this noisy sector?

So the question remains – is there room for Rentobo in the rental sector? Their design is beautiful, but not exactly unique, and their offering is being adopted already by Zillow through their new acquisition of RentJuice. They could pivot to go head to head with another company, but while the space is noisy, it is our assertion that there is tremendous room for improvement and innovation in the rental sector, particularly with multifamily and one-off landlords, as the actual leasing process remains a pain point for rental seekers every day.

So, while Rentobo’s offering is not overtly unique, they should take that Y Combinator seed money and keep forging ahead, and be aggressive about it, just like Zillow and Trulia did to Realtor.com – there’s room for improvement in the noisy space of everyone trying to innovate, but the rental sector is still coming up short. It will be fascinating to see Rentobo go after Zillow and their other competitors, as the cycle of young startups begin putting pressure on the companies that are no longer the new kids on the block. To Rentobo, we say go get ’em.

In this article:real estate technology, rentobo