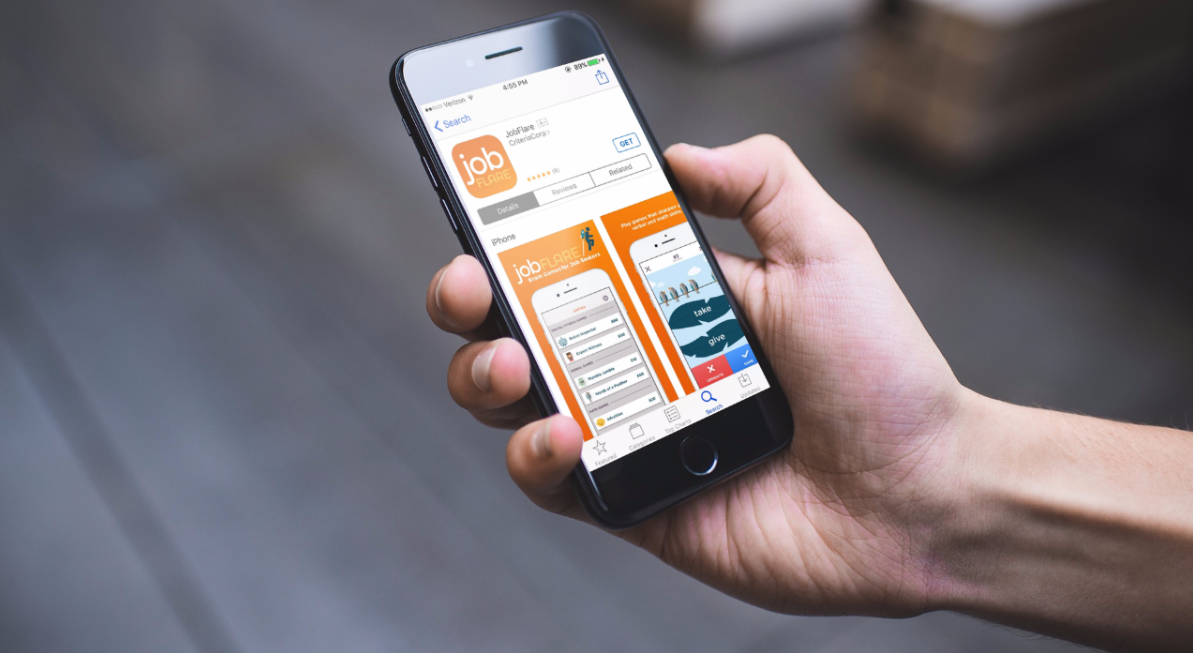 Job searching can be grueling, so Criteria Corporation has found a way to make it fun.

Read also: 6 sites to bookmark when looking for a tech job

They launched their new free app, Jobflare, which lets you play games and get matched with job recommendations.

One of the biggest struggles of searching for jobs is finding one that matches your skills and qualifications. This is equally true for employers trying to sort out qualified applicants.

Jobflare started as a way to reduce these issues by creating a fun and interactive way to find the right job.

Jobflare offers six brain games that are meant to challenge and entertain you. These games measure skills that employers look for including: attention to detail, verbal ability, math ability and memory. As you play, the app will keep track of your score, provide feedback about your skills and email job recommendations that match your skills.

In addition, the more you play, the more your skills will improve over time which is useful for long term job performance.

Users of the app can create a profile and include their basic info and job interests in order to further narrow their search. Furthermore, the scores and set of skills summarized by Jobflare is a way for job seekers to connect with employers based on their abilities. This goes beyond the simple paper resume that lists job experience, education, and background without providing any quality content.

Jobflare wants to go beyond the resume to find qualities that allow applicants to truly stand out from the crowd.

It is a struggle for employers to get to know an applicant from words on a document. Without the time or manpower to meet everyone, employers can overlook applicants that may be perfect for the position at hand. Jobflare provides a starting point that focuses on talent skills that match the job requirements. Users of Jobflare will have that much more of an upper-hand when searching for a job while also getting to have fun and play games during the process.

How to get the app

Jobflare is currently available for iOS users. It is free to signup and start playing at any time. Whether you are searching for a job or not, Jobflare can help you learn about skills you possess that will make you a successful employee.

How meticulous are you about saving your spare change? This app can help

Net Neutrality is on its deathbed, here’s how to save it