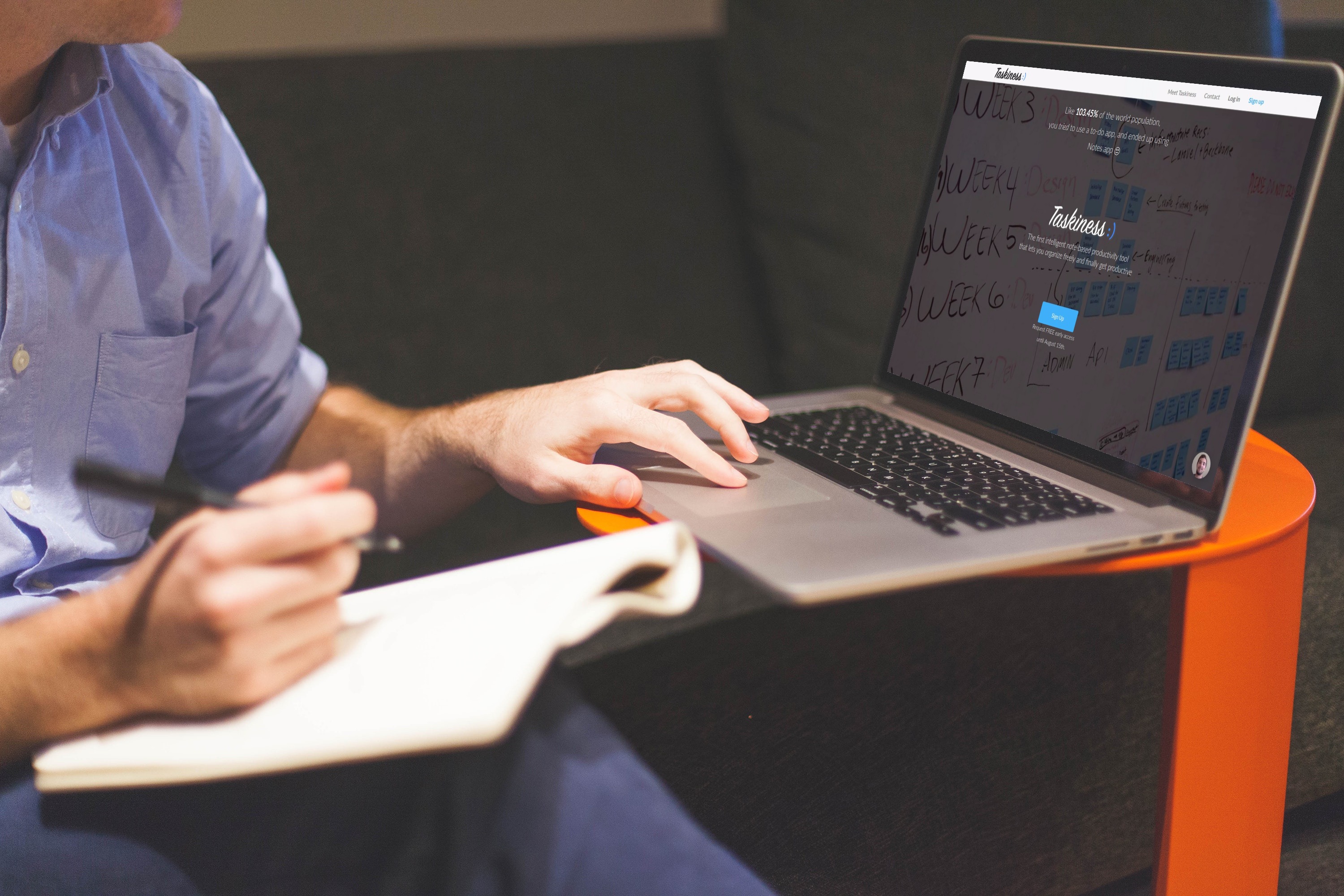 In the great realm of to-do apps, there are lots to choose from: heck, I’ve even made a hobby to write about them – but what makes them so popular is that people have a hard time adapting to a system. With so many solutions, there are so many to try!

Startup, Taskiness, hopes to solve that by being the first note taking system that uses natural language processing – where you take notes and it then it pulls tasks out.

Over 1300 people have already signed up, and Taskiness hopes to keep all those people off the to-do list app rotation and give them a more permanent solution. Feature wise, Tackiness is fundamentally made of two components:

Notes – the “place for the thoughts” where you take notations and comments.

Taskiness boasts four key benefits to this functionality, which basically looks like a standard notepad:

– You can organize the notes how you want (much like you can on a pad of paper) rather than being forced to work in the confines of the app.
– Easy input – as easy as writing into old school MS notepad – so no field form entry, no awkward forms/templates
– “Natural language” – basically, this is the largest feature of the app, it recognizes how you write to pull tasks from notes and to better utilize your note taking. This is especially important as it helps with the natural feel of the app.
– Synchronization across all platforms – which is a must feature and you should never use an app that doesn’t have cloud functionality – this isn’t 2004.

Tasks – the place for “action” where your to-do list is extracted from your notes. Most of us some kind of to-do list, and Taskiness hopes to keep you hooked by emphasizing:

– Focus – where it highlights tasks that are relevant to you immediately (as to avoid getting bogged down by the list).
– Snooze – where you can use those alarm clock skills you’ve been developing since junior high to snooze tasks and avoid your to-do list from becoming an inventory list of things never to be finished.
– Rich text – that uses that natural language to pull deadlines and priorities and “much more” – this is perhaps the advantage of the app. This keeps you from having to spend time organizing your to-do list so it becomes more of a passive partner than just another thing to do.

Taskiness currently has a backlog for registration, and is most likely not going to be free – but it looks like a promising app. It was recognized by Betalist as one of the most popular startups of October – and both it and fellow Medium call out “Iris” look like a promising to do solution.