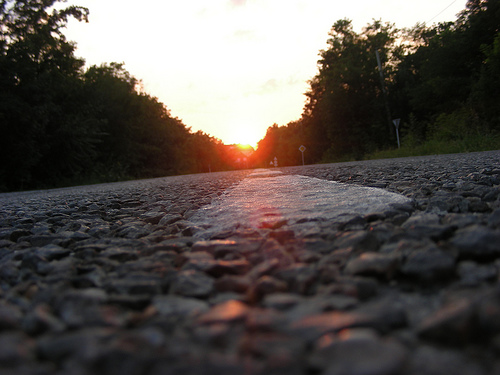 The more you know

I confess, when it comes to the Big-List-of-Things-I-Knew-Nothing-About-Before-American Genius, I get holodeck cameras, zombie retail, and the actual Robocop.

But right now, this very moment, you are witnessing the first time I have ever expended a single byte of mental RAM on those blue signs next to the highway.

You know the ones I’m talking about; the bright blue placards that call to you on road trips, telling you where the fries are.

Gas, food, lodging, right? Actual, un-ironic use of the word “lodging” there. Next gen, they ain’t. They are, however, a genuinely big deal. Jalopnik recently got deep into the subject, and their report is well worth the read.

The fascinating takeaway is that those things rank with the most powerful forms of advertising, because in a nation of 263.6 million passenger vehicles, where the average driver spends an hour and a half a day behind the wheel, road signs rank with the most powerful forms of anything. Like the highways they sit next to, they may not be exciting, but if they don’t work, neither does the country.

Making sure they do is a complex dance of policy between the companies doing the advertising and the contractors that control, place, and maintain the signs, all carried out according to state regulations put in place because, as noted, road signs absolutely have to work. Without hard limits on who can advertise what and where, they become “meatspace popups,” and the thing about being randomly, irritatingly distracted on the Internet is you’re unlikely to die from it.

Not so much behind the wheel.

Each state has their say

In true American fashion, states vary widely as to their idea of how signage should work. They ever chill Colorado rotates the businesses every contract year to make sure everybody gets exposure. My own home state of Kentucky is decidedly more strict: if you want to advertise food or gas, if you’re not inside three miles of a rural interchange or one mile of an urban one, buy a billboard or bugger off. No sign for you.

But that’s just the states.

Some regulations come from the contractors, and those are often industry-wide.

For example, only six kinds of business get to be on the sign: food, gas, camping, local attractions, lodging, and pharmacies. I mean, four of those things are legitimate “might actually die if you can’t find one of these” concerns, so fair dues. Tent space and the world’s second largest ball of twine are perhaps less urgent, but these things are state-owned.

How much you might be looking to shell out

And for business owners, that’s the part that matters, because good grief, do these things pay the bills. Buying space on a big sign costs – factoring in placement, upkeep and “trailblazer signs,” (which in addition to being an excellent alt-country album title means those little guys with the logo and the arrow that tell you where to get off after the exit) things average out nationwide to about $1000 per direction – but it’s also a killer investment.

To give you an idea, and return to my own fair land of bluegrass, bourbon, and basketball (everything good in Kentucky starts with B, says this boy from Boone County; try the barbecue) the state keeps 35 percent gross, but the larger chunk goes to the contractors that place only 1 to 2 percent of the businesses on more than 1500 highway signs leave annually.

Unsexy as they are, road signs are as solid as investments get. Everybody sees them, and they never go anywhere.

If nothing else, they’re a smarter buy than Robocop.

In this article:advertising, highway signs, The News