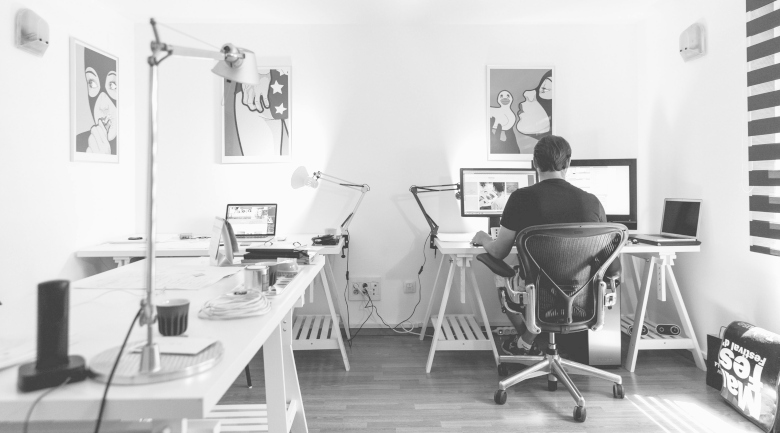 I’m not even sure if the term “freelancer” existed, but way back in the day you either worked for a company (hence the term “company man”) or you owned your own business (“self-employed” or “business owner”).

The idea of moving from job to job was not a concept that was readily accepted. Fast-forward to the here-and-now and the idea of being a freelancer has not only been embraced, but is a “job” that many readily seek out.

Statistics show that freelancing not only drives the economy (40% by the year 2020 with over 60 million freelancers), but being a freelancer in the current economy means being a part of a billion-dollar industry.

.Me points out that if you’re a GenX’er and pursuing financial management, there is definitely money to be made. Small Business Majority posits that, “the new freelance economy is providing the self-employed with unprecedented freedom to work on their own terms, while also stimulating innovation and entrepreneurship in a way that has never been available before.”

We tend to think of the freelancer as one who is constantly searching for the next gig, and that may be true, but freelancers are also contributing to economic growth as job creators. In 2013, “one in four freelancers hired other contractors, spending an estimated $96 billion on payroll and employing the equivalent of 2.3 million full-time workers,” notes Small Business Majority. What’s more, these job creators plan to expand their businesses and create more jobs.

But it gets better. The ripple effect of more freelancers, more opportunity, and more jobs carries over to the corporate level as well. Larger businesses are increasing their hiring of freelancers, as well. Work Market, an “on demand” marketplace and platform that manages freelance labor for enterprise clients, found that “as of August 2013, the average business of 50 employees or more was spending $52,000 a month on freelance services through the platform, with these firms using the same freelancer for an average of nine jobs per year.” Certainly the numbers are currently higher in 2016.

Go where the jobs are

The challenge of freelancing has always been to find that next job. That in itself takes discipline because the job search is on-going and must occur in addition to actually working. A valuable resource, says SBM, is online outsourcing marketplaces, such as upWork and Freelancer.com, which connect freelancers to firms seeking to fill their business needs through contract work. SBM notes that, “online freelance platforms such as these are part of a growing market of online contract professional services, with more than 1 million workers earning $1-2 billion over the past 10 years.”

Conversely, small and large businesses alike are hiring freelancers because it is a cost-effective practice that allows them to fulfill short-term projects without having to hire a full-time employee.

When all is said and done, the freelance lifestyle is challenging. In some respects accomplishing the actual job is the easy part. The freelance infrastructure (i.e. develop and maintain a website, find clients, do publicity) is what takes time. But for many it is time well spent both for the individual and the economy.

In this article:career, Freelance, report, The News