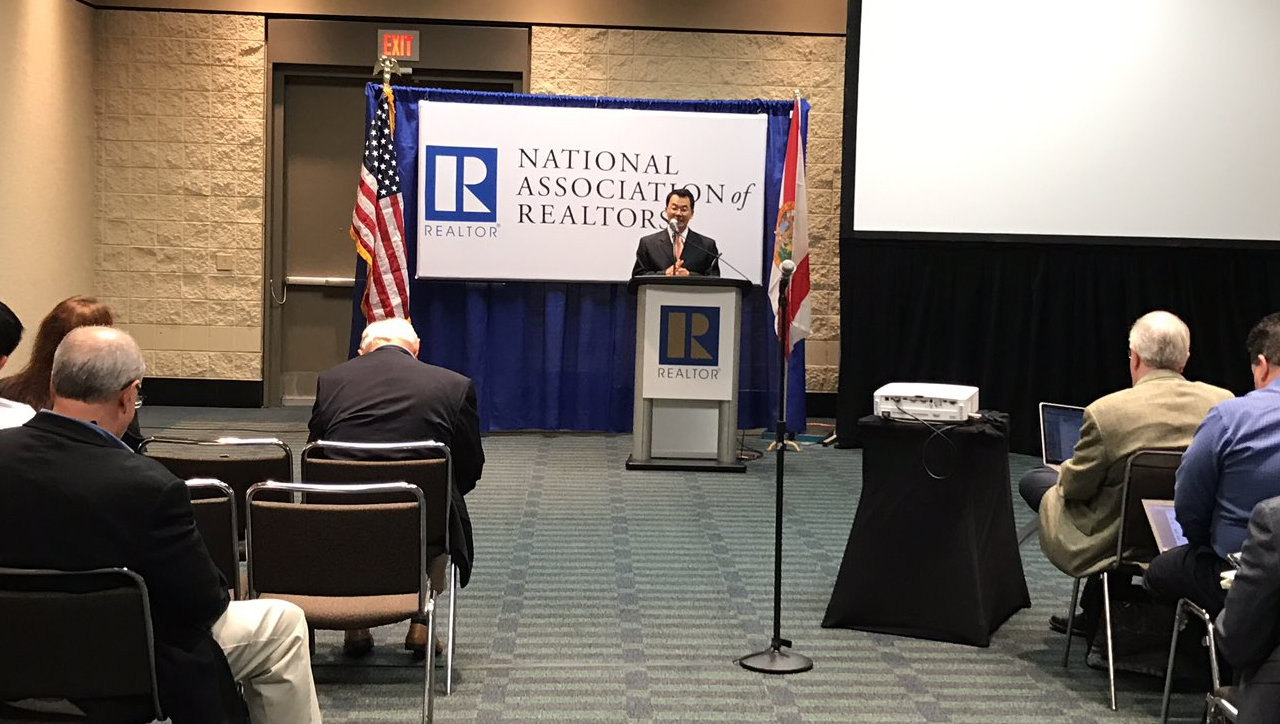 Home sales and prices to rise in 2017

On stage at the 2016 REALTORS® Conference & Expo, Yun, alongside Dennis Lockhart, president and CEO of the Federal Reserve Bank of Atlanta, asserted that economic conditions support a “net positive” for the housing market.

Lockhart and Yun opined that the housing market has been a mixed bag of positives and challenges” in 2016. We couldn’t agree more.

Yun noted that homebuyer interest was “sizable” this year as the economy gradually recovers, adding the caveat that “it’s evident that demand and sales slightly weakened over the summer as stubbornly low supply limited buyers’ choices, accelerated price growth and hindered some consumers’ belief that now is a good time to buy a home.”

What will help the market? Builders.

Millennials are also part of the housing cure

This morning, Yun indicated that tight inventory levels and diminishing affordability will improve “slowly but surely” in 2017. Yun and Lockhart agree that they are optimistic as housing starts slowly increase (Yun predicts a 5.3 percent jump in 2017), demand will include millennials increasingly dipping their toes into the market.

Multi-family starts have dominated the building landscape, says Yun, which has recently started to level off, a sign that focus will shift to single-family housing (necessary to make up for the shortfall in recent years).

Lockhart remarked, “The coming years of housing demand will be millennial-driven and will support the single-family sector.”

The two also discussed the overall health of the U.S. economy.

Yun pointed to chronic instability overseas, and flat business investment mean an “unsatisfactory year of expansion.” Rising exports fueled economic growth, yet the GDP for all of 2016 is still expected to be under 3.0 percent for the eleventh consecutive year.

“While the gains have been uneven by state, region and even gender, the 15 million jobs created since 2010 have bolstered consumer spending and housing demand,” said Yun. “Over the next two years, the economy will likely stay on a path of around 2 percent growth with a tightening labor market and stronger inflation.”

“The pace of job gains has been stronger than economic growth the last two years,” remarked Lockhart. “The housing sector has challenges, but the industry’s near-term outlook is one of continued improvement.”

Yun expects a gradual rise in borrowing costs heading into 2017, ending at roughly 4.5 at the end of next year.

Lockhart agreed, but noted that the economy currently does not call for a quickly rising rate environment.

“Increasing mortgages rates have the potential to further dent affordability in markets where supply struggles to recover to more balanced levels,” said Yun. “Despite these likely pressures, the increase in home sales next year will be supported by the continued release of pent-up demand and the beginning of stronger participation from first-time buyers.”

Photo courtesy of the NAR.