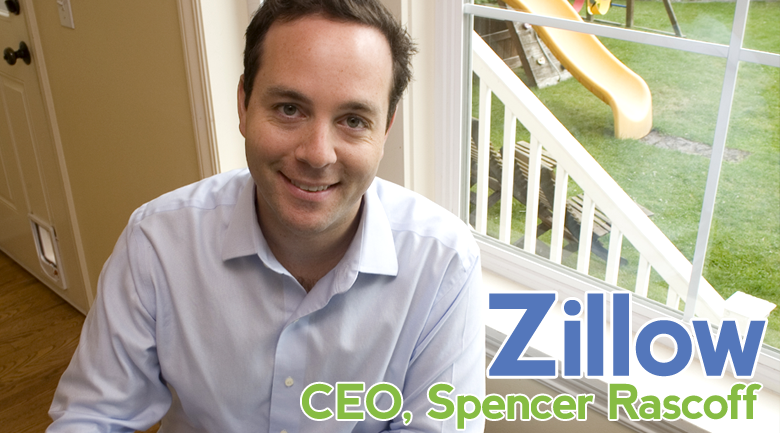 Zillow’s second quarter earnings report reveals a loss per share of $0.05 (more than expected) with revenue hitting $78.7M (also higher than expected). The company raised their full-year revenue outlook to $321-$323M, up from the previous view of $304-$308M. This is the first earnings report released since the announcement that they intend on acquiring competitor, Trulia.com.

Zillow CEO, Spencer Rascoff, is an engaging personality who makes the rounds of cable news from time to time, most recently catching our attention with his appearance on Mad Money’s Jim Cramer on CNBC. The full transcript is below, and we’ve italicized the points Rascoff smoothly makes that should tip you off as to the Zillow playbook, so pay attention...

Jim Cramer: all right. Zillow shares trading slightly lower — couple bucks, come on, after reporting mixed quarter results — well, mixed if you’re a nitpicker. Real estate marketplace is really on fire right now. One of the things that is happening is that they are merging with Trulia. I can’t believe how lucky we are to have Mr. Spencer Rascoff here. We often talk about how he’s here in spirit a great deal. Spencer, when I interviewed you in the spring, I said, come on, if you can’t beat them, join them, go buy Trulia. You said, we’re going to beat them. What changed?

Spencer Rascoff: Well, ask and you shall receive, Jim. You asked me many, many times why don’t you buy Trulia, why don’t you buy Trulia? And we now intend to buy Trulia. I think the combination of the companies provides a lot of benefits for employees, and shareholders, and industry participants. There’s no question that there are a lot of cost savings from the two companies combining, and there will be revenue synergies, and so I’m super excited about the transaction.

Jim Cramer: One of the things I’m concerned about, you have a lot of people signed up, really amazing. Could you run out of inventory to sell?

Spencer Rascoff: We have around 57,000 subscribing real estate agents that buy local advertising from us, but our traffic continues to grow so quickly. We had 89 million unique users last month. So as traffic grows, there are more impressions available to sell. We have lots of impressions available for our agent advertisers.

Jim Cramer: A lot of people at home are saying, wait a second, we see home sales are slowing, we see mortgage numbers, and you do a preapproved mortgage. In reality, you’re not levered to that.

Spencer Rascoff: no, what’s happening is the consumer is rapidly changing their behavior from shopping for real estate in the newspaper classifieds to the internet and increasingly not even the internet on a desktop machine, but actually to a mobile device. That migration is swamping any macro headwinds. Housing is slowing somewhat, but the user is shifting so quickly to the internet that we’re benefiting from that.

Jim Cramer: One of the things I thought was most interesting, I’m from summit, New Jersey, and you did a special call out about a broker, and I just want you to walk people through. This is a precipiting broker which usually means Realogy to me — I probably know the broker personally, but you talked about the number of leads that is generated with $ 5,000 a month, and how many lead conversions. I want people to understand why the brokers initially reluctant to use Zillow are now all in.

Spencer Rascoff: agents who advertise with Zillow, they spend money with us and they make a lot of money. I think you’re referring to an agent I tweeted about yesterday, who I met at one of our Zillow Summits, which is these local events where we meet hundreds of agent advertisers, and this agent was just telling me, he was thanking me for how much money we’ve helped him make. And when he gets a Zillow lead, he follows up on it incredibly quickly and he usually converts that lead into a transaction and he makes a lot of money. that’s why our ARPA, average revenue per agent is growing so quickly, it’s now over $300, is what the typical agent is advertising a month.

Jim Cramer: But you know, yelp had good ARPA basically, but they didn’t sign on enough new agents. You also didn’t sign on as many agents as some thought. How come you’re getting a pass on that?

Spencer Rascoff: Well because I think our revenue is growing so quickly. The premier agent revenue growth is up 82% year over year, that’s the fourth quarter in a row of accelerating agent advertising revenue. So you’re right. We are focusing more on a smaller number of top producing agents who are willing to spend more because they value our audience more, and that means we are we bringing on fewer total subscribers and fewer total advertisers, but at a higher rate. I’ll take that tradeoff, and the tradeoff is working, clearly, total revenue from agent advertising continues to grow, with the law of good numbers, it’s harder to continue to increase your growth rate as your numbers get bigger, but we’re finding a way to do it on agent advertising.

Carlos Quintanilla: Here’s a macro question. Journal does a piece this week on Oklahoma City. People moving there because they are being priced out of the coasts. Somebody wrote this week that the millennial story will be moving not because a job is better in another city, but because the houses are cheaper. Do you think that both of those things are true?

Spencer Rascoff: well, it is true, but there’s an anchor around American homeowners which is negative equity. Still around 20% of all Americans with a mortgage are upside down on their loan. And so there may be a job in some fracking state like North Dakota or Oklahoma, but if they are underwater at their house in New Jersey because they bought in 2006, it doesn’t matter if there’s some better job elsewhere, they can’t sell. That’s what keeps job ability lower than we’d all like.

Jim Cramer: this preapproved mortgage, people felt that was just dying on the vine, but the numbers there, you revealed that program when you were on the show last time.

Jim Cramer: how can that be going up in this environment?

Spencer Rascoff: we created the product which is the only place on line now where you get preapproved for a mortgage. The normal preapproval experience is a pretty painful experience; and now online on Zillow Mortgages you can actually get preapproved and have a letter that you can then go and look at houses with. That’s a big deal.

Jim Cramer: I imagine that Trulia, a lot of these things you’ve put through, for StreetEasy New York, for preapproval, Trulia, and you don’t need all that spend, that ad spend that Trulia’s doing.

Spencer Rascoff: Look, you told me years ago, buy street easy, and we did. Then you said buy Trulia, so what’s should we buy next?

Jim Cramer: I’ll get to you later, but it doesn’t matter, because aren’t you cohosting the 10 and 11?

Spencer Rascoff: you’re cheaper than an M&A investment banker, and your deal flow is better, so you let me know.