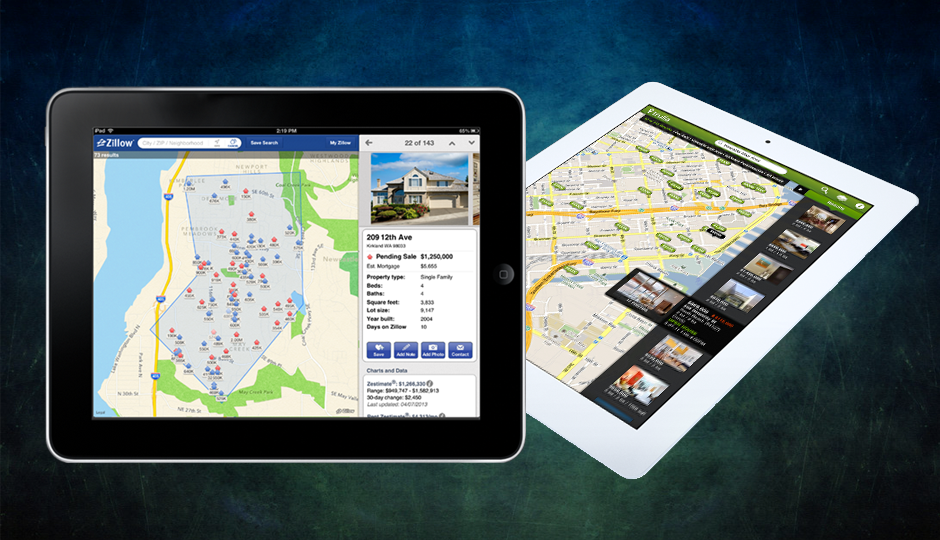 By now, if you’re in the real estate industry, you know what could be THE news story of 2014 broke the morning of July 28: number one real estate portal Zillow announced its intentions to buy number two Trulia in a $3.5 billion stock purchase. Last week, rumors leaked that a merger might be in the works, but I don’t think anyone expected to wake up this morning to an early morning email such as the one Zillow CEO Spencer Rascoff sent to Premier Agents announcing the deal is in the works: “Because of your importance as a Premier Agent, I wanted you to be among the first to learn we have just announced that Zillow has entered into a definitive agreement to acquire Trulia.”

Reading real estate tech boards and industry insider groups the discussions typically become heated (to say the least) when Zillow and Trulia are concerned. It seems the only agents or brokers who have neutral or no opinion on the listing aggregator sites are those who don’t understand how listing syndication works. Many scoffed at the rumors as mere gossip while others on social media sites predicted it’d be the end of the industry as we know it. If you logged onto Facebook today and read some of the posts in the real estate groups, you’d think the Apocalypse is here.

This piece is an editorial – not a summary of the proposed purchase – so I won’t rehash the morning’s news. You can read the official press release for yourself, and go over the details on industry newsites such as Realuoso to Inman. Here I will give my opinion of what this deal means to the industry in general, and why it’s not the End of Days scenario agents may fear.

Do We Need Two Sites?

Rascoff says the two brands will remain distinct (at least for now). I find that hard to believe that in the long run there is a need for one company to run two separate sites that basically do the same thing. Some analysts compare operating the two sites to the online dating model where one corporation (IAC) owns multiple dating sites (Match.com and OkCupid), each targeting their own niche.

I don’t think this argument is valid, as the two sites sell the same products (advertising to real estate brokers and agents as a way to connect to consumers), and attract the same consumers (buyers, sellers, renters). On both sites, consumers can search for homes for sale, find an agent to help them through the process, and see what home values are in their neighborhood. While I find Zillow to be more seller-friendly, and the leads in my in-box tell me that Trulia is attracting more renter eyeballs, for the most part I don’t see the sites as fundamentally that different in who their customers are.

Zillow has stated that two-thirds of their users do not use Trulia, and that half of Trulia users don’t use Zillow. What that says to me is that consumers use (or don’t use) a particular portal based on their own particular preferences. They’re choosing one or the other and not really hopping onto every available site. I think hard core, urgent buyers are indeed exploring multiple sites, in an (sometimes desperate) attempt to ferret out more homes for sale. They think by searching on Trulia, then Zillow, then Realtor.com, then a big corporate franchise IDX site, somehow they will find secret or hidden listings that meet their needs.

For the most part, casual shoppers seem to stick to their favorite sites and not hunt furiously for more and more inventory. I don’t see two independent portals being necessary to serve the consumers efficiently and effectively. If both have the same listings, both share data sources, and both are soliciting the same broker/agent pool for marketing dollars, what else is there to differentiate?

Get Over the Zillow = Evil Bias

The ability of sales staff to cross-sell agents on either Zillow or Trulia, or a package deal perhaps for marketing on both sites, is a plus for the company but not necessarily brokers. I find brokers/agents to be one of three mindsets when it comes to Z/T: those who staunchly refuse to pay money to be “sold” leads on their own listings; those who grudgingly buy zip codes or cities in order to compete; and those who see their monthly fees as no different than any other media buy – necessary to do business and part of their marketing plan.

Zillow and Trulia are media companies. They exist not to benevolently provide listing information to consumers. They exist to make money from brokers and agents – same as the local newspaper or real estate homes book. Agents need to get over the affront that somehow the aggregators are “stealing” our data and selling it back to us. If brokers don’t like their houses marketed on these sites, they have the power to cut the feed (and some big ones have). I cannot image explaining to a seller why I am NOT marketing their house for sale on the largest real estate portal – plus AOL.com and Yahoo.com and their other partner sites – especially when that marketing does not cost me a dime.

So given that purely syndicating my listings out to Zillow and Trulia does not cost me anything, why not do it? If my argument is because I want my own face displayed next to my listings, then go ahead and pay for upgraded marketing on the sites. It should be noted that both sites also do note who the listing agent is, to the right of the screen. If a consumer really only wants to contact the listing agent, he can. If he just wants an answer to a question, or to schedule a showing, he can contact any of the spotlighted agents who pop up. And isn’t that the point? Sell the listing. Be happy someone is looking at my property online, even if another agent “gets” that buyer lead.

The press release states the merged entity hopes to realize $100 million in “annualized cost avoidances” by 2016. This is one positive effect — economies of scale — where the company can combine people, technology, infrastructure, share data pools, make better use of a single sales staff able to sell packages on either or both platforms, etc. Combining/streamlining duplicative departments (marketing, human resources, administrative) makes sense and only a fool would think that a certain number of jobs will not be lost at one or both companies.

Besides lower operating costs, less choice in portals could lead to higher prices for agents. Especially if the two sites physically become one, agents will have less choices for online marketin. Realtor.com is such a distant third place that it doesn’t even rank in my marketing matrix right now. So if Realtor.com remains ineffective for me, that leads me to spend the bulk of my money online at Zillow and Trulia. And if they become one they’ll practically have a monopoly on the market, and the ability to increase prices as high as the market will bear.

Where I see this as especially problematic becomes in the large firm vs. small firm. Larger firms with lots of listings and/or agents may be able to negotiate better deals than small firms, which may be priced out of the market. Large firms may be able to buy zip codes or cities because of their larger budgets, while smaller boutique firms won’t be able to spend those kinds of dollars. Less choice, higher prices – it’s the classic argument against a monopoly.

Another fear amongst brokers is that Zillow is plotting to become a Super Broker, wiping out the rest of us in a giant power move to control the data, the listings, and steal our commissions too. I don’t buy this. Zillow makes money off of agents/brokers. Why would a company that profits from brokers try to wipe brokers out? The logic escapes me. As long as we are willing to pay Zillow to market our agents and help sell our houses, why would they want to be in the brokerage business? I don’t see little Zillow kiosks popping up around the country, “click here” to buy a house and be connected to your own Zillow Agent. It just doesn’t make sense – why would they want to kill the goose that is laying their golden egg?

As I wasted way too much time today reading news sites and lurking on Facebook groups (the tearing of garments and doomsday predictions were quite amusing) I keep coming back to one thought: our industry – the buying and selling of homes – is so much more than a data feed. We’re not going to suck all that data back into the old county courthouse, it’s all online and public record. We’re not going to pull back all our listings and hide them in secret MLS books branded with the words “$300 fine for use by non MLS participant” across the front. It’s out there. Too late.

The statistics, the photos, the MLS data, all of that is one component of our business. We are so much more important to the process than that. Buyers don’t need us to put them in a car and drive them to houses using a printed MLS book as our guide. They can find their own dream houses online at midnight. They still need us – to get inside, to show them comparables to justify an offer, to help guide them through financing, inspections, and more. Sellers need us to set an asking price, market the house, prequalify buyers, negotiate like a pro and more to get them to the desired result.

Our value proposition has shifted to their guide throughout the process. We need to prove our value by giving customers and clients the highest level of customer service. Return calls. Provide information. Educate. Communicate. Build your relationship during the transaction and nurture it afterward. Connect. The real estate agent is still the center of the transaction. We won’t be eliminated by this power play.

In this article:Breaking, Hot, Trulia, zillow