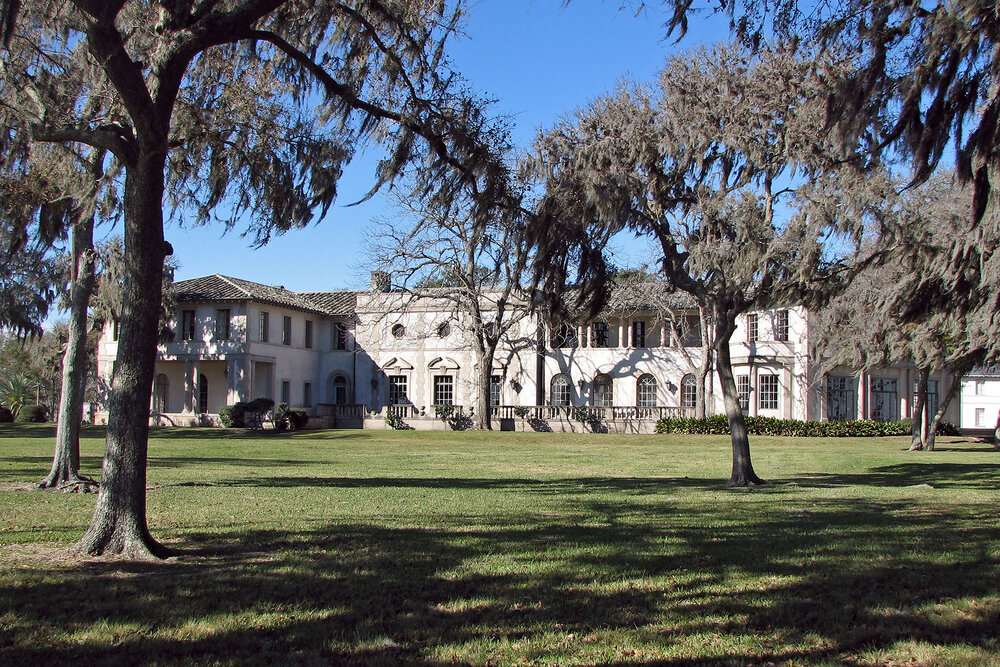 “No money will be spared to make this one of the showplaces of the country,” declared Joseph Finger, architect of the West Mansion. Constructed in Clear Lake in 1930, West Mansion’s had a unique 89 years – housing everything from the Lunar Science Institute to the luxurious Dr34m display – but that came to a close with its recent demolition.

The mansion was in good structural condition, was listed as a Historic Landmark and had even been ranked on Preservation Texas’s “most endangered” list in 2007.

So, why did it get demolished?

First, it’s worth understanding that West Mansion has been on the chopping block before. The original owner, James M. West Sr., initially built the mansion as a centerpiece of his sprawling ranch. Still, he sold the mansion, along with the ranch, a mere 8 years after it had been constructed.

The mansion remained unused for over 20 years.

From 1961 – 1992, West Mansion became the Lunar Science Institute (later renamed Lunar Planetary Institute), at which point it was sold with the restriction that it had to be preserved for twenty years. Although many groups tried to fight for it to be preserved longer, none could raise the money necessary for extensive preservation.

West Mansion was once again at risk of demolition in 2012, but the current owner (Rockets player Hakeem Olajuwan) instead opted to renovate the home and use it as a place to showcase his luxury clothing line, Dr34m.

Although groups like Preservation Houston continued to work towards keeping this historic landmark, Olajuwan was able to schedule and demolish in under a month.

This move came abruptly. Pasadena, the city where West Mansion resided, has no preservation ordinances for historic structures. Although outside organizations have offered incentives for owners of historical structures, there was nothing stopping owner Olajuwan from tearing it down without any public notice.

Worse, according to David Bush of the Greater Houston Preservation Alliance, there was no attempt made to salvage any of the material, much of which was expensive and easily recyclable.

West Mansion, which had grown to become more than simply a landmark of Texas wealth, will certainly be missed. There is also a lesson in the West Mansion demolition: while non-profits can work hard to preserve historical structures, it also comes down to residents working to ensure there are local protections in place.