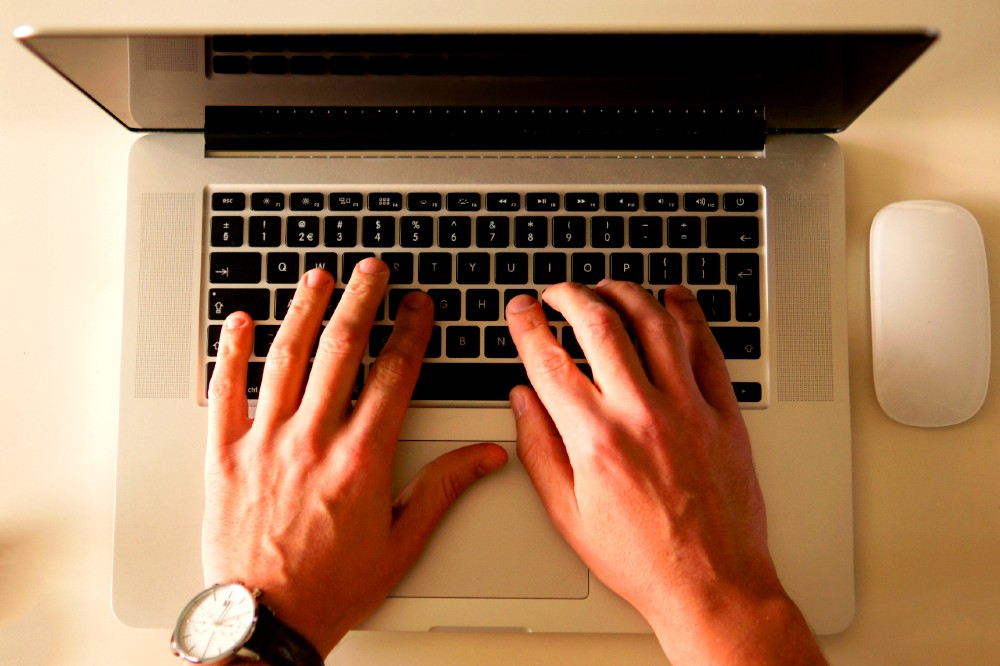 So I’m not the world’s fastest or most accurate typist, but apparently new tech can identify even me, along with anyone else with 99-99.9% accuracy by analyzing their typing style.

TypingDNA has created an AI system for recognizing and identifying people by their typing styles, using what they call typing biometrics. This is simply noting the timing of how quickly or slowly an individual presses the keys on their keyboard.

If this sounds familiar, that’s because it’s actually tech that’s around 20 years old but until more advanced AI technology progressed, it was too inaccurate. Now though, they can tout a huge accuracy score because of the improvement of modern technology.

The creation of this type of software can be, and is, used to add extra layers of security for banks, payment apps, and even for educational institutions. It’s easy to see the draw of additional safety for banks, but the integration of AI into the school systems is actually pretty inventive. It’s mostly being used to verify that what writing assignments students are turning in are actually their own work and is not plagiarized.

This tech isn’t limited to desktops and laptops, it’s also available for mobile use, which relies on the typing as well as other built-in phone security features. The API is open to be used by anyone with the hopes of developers finding new creative uses for the system, so it’s no surprise that TypingDNA wants their tech out there and in the hands of others who can contribute.

Of course, with any cool, new technology, there’s always the possibility for flaws. For instance, security cameras like Xiaomi have recently been reported to stream photos from an owner’s own device to a neighbor’s Google Home. This obviously concerns consumers about security.

Any new software can have the potential to be exploited by those who want your information, and even with security measures in place, if they’re determined, they’re certain to find a back door. And because this tech is also used in financial institutions, it’s possible your money could be at risk. It’s also being used in online security for banking, to prove that the person entering the login and password are truly the owner of the account.

But what if you’re elderly? What if you have a disabling injury or disease that affects the use of your hands? Or, what if you get a new keyboard and it slows you down? Are these types of things going to affect access to your own information and how the institution views you?

Does anyone else remember key loggers, and how users felt their privacy was being breached? Could users feel the same way about this AI? I think so! Cynical minds like mine may agree that this AI is just another way for every part of our lives to be broken down into data points that are analyzed, tracked, and sold to the highest bidder and I, for one, am against it.

Finally, a question that comes to mind in relation to proper identification of individuals is “is there is a speed limit?” My wife, for example, has a typing speed of 200 WPM (words per minute) – sometimes more. At this point, it becomes increasingly difficult to identify anyone based on their keystrokes because of the pace. Can the system actually differentiate between someone who types 200 WPM and someone who types 201 WPM? It seems to me that this technology just may not be ready for the applications it’s touting.

Regardless though, this technology just goes to show that humans are incredibly inventive, creative, and possibly invasive.

I think this is amazing technology but maybe hunt and peck is the best way to type if you’re nervous about your data. Sure, it’s slow… very slow… OK, really slow, but if it’ll protect your data, who cares if it takes 12 hours to write a paragraph?