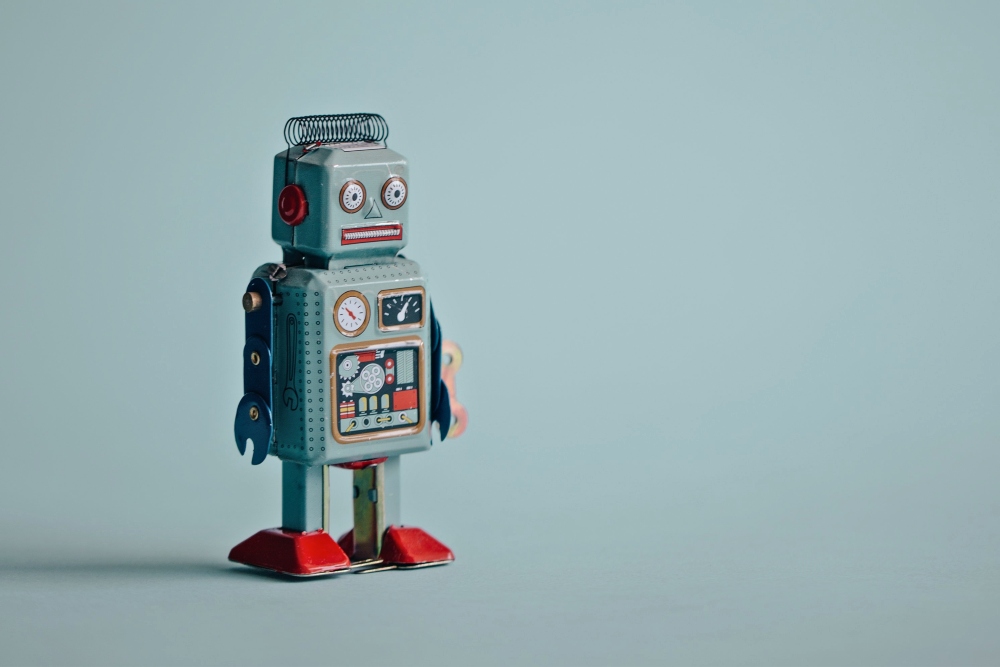 Artificial Intelligence (AI) is constantly being discussed in the news. From intelligent software that detects your identity based on your keystrokes, to facial recognition software that aids in hiring “the right people”, it’s no wonder why it’s such a hot topic – and one that has a real history.

The prospect for real, human-level intelligence from something comprised of circuitry is simultaneously exciting and alarming. That’s why companies like Google are starting to learn they need to tread lightly when it comes to AI.

Sundar Pichai, for example (Google’s CEO), clearly sees the importance of regulation within the AI space, saying, “there is no question in my mind that artificial intelligence needs to be regulated. The question is how best to approach this”. He made this important comment at a conference in Brussels this month, and even went on to say “I think it is important that governments and regulations tackle it sooner rather than later and give a framework for it.”

Well, that’s exactly what’s happening in Europe via the EU’s competition regulator, Margrethe Vestager. In previous years, Vestager has gone after tech giants, like Microsoft, which has resulted in multibillion-dollar fines for the giant after they allegedly started monopolizing the industry by abusing its market dominance to choke out competition.

Since then, Vestager has been reelected, and her newest self-assigned task is making sure artificial intelligence is properly regulated, while also meeting ethical guidelines.

Vestager is notoriously known as being incredibly steadfast when it comes to ensuring regulations of large tech companies – something the U.S. is now following suit on with U.S.-based giants like Amazon and Facebook.

That said, from Pichai’s comments, one could guess that Google’s CEO is looking to head off any massive changes by a 3rd parties, like the EU, by coming up with his own ideas for regulation of AI. He said that “sensible regulation must also take a proportionate approach, balancing potential harms with social opportunities.” What we think he’s saying here is that although there are potential negative outcomes with the technology, regulation must also be balanced to accommodate for the positives.

Given this, Pichai knows that AI has many positive use-cases but he definitely isn’t blind to the possible (and probable) negatives of AI, either. Despite Google’s interest in keeping AI going, Pichai also recently brought up some concerns about nefarious activity. While he did not go into detail, it’s pretty clear that he knows there’s a lot of opportunity for criminal, or just downright terrifying activity, within the space.

For example, do you recall the chat bot in 2016 that suddenly became aggressive, mean, and racist when given access to Twitter – all in less than 24 hours? Scary!

At the end of the day, AI seems to be what folks really want. Just take it from the millions of iPhone users out there who exclusively use Siri to get through their day. Of course, it’s all a balancing act, too, and since there’s also been a huge need for increased security in this tech-driven world, regulations are going to be increasingly critical to the space.

The iPad has turned 10, how has it changed our world?

(TECHNOLOGY NEWS) Science proves that open floor plans are more conducive to office productivity, but will it work for everyone?

If you walk into a tech startup, nine times out of ten you’ll find an open seating/bull-pen style seating. Whereas traditional work environments are divided up into departments with individual offices and cubicles, open office floor plans put all employees in the same room. Studies have shown that cubicles don’t increase productivity. As a matter of fact, people are more productive when they are sitting close together, but can see each other.

Some of the advantages of an open office floor plan are obvious. These kinds of offices are economical because you can fit more people and more desks in less space, and because it is more efficient to heat, cool, and light one large room than several small rooms.

Open office plans also facilitate communication between managers and their employees, and between departments.

Rather than taking the stairs or hiking down the hall to collaborate with another person, you can simply holler across the room.

Unfortunately, all of that hollering can sometimes be pretty distracting. A University of Sydney study found that half of workers in open offices say that the most frustrating part of their workplace is the “lack of sound privacy.”

Open offices are not only noisy, but are also less secure, since everyone can overhear one another.

Employees may get peeved if they can’t concentrate because of all the noise around them, or can’t make a phone call without being overheard.

One of the founders, who previously worked in an open office, complained that his boss talked too loudly on his cellphone. His boss replied, “Well, get me a phone booth.” Thus, Framery Acoustics was born.

Framery Acoustics is just one company that offers a product suited to appease open office dissenters. Framery Acoustics isn’t ready to give up on openness and neither should you. So, when it comes time to return to your office (if you haven’t already), look for ways to make your office more flexible. Whether it is by providing a quiet capsule for private meetings and phone calls or just having a designated section for meeting, the solution is out there.

Compromising allows you to reap the benefits of an open office plan, while still ensuring that you and your officemates have privacy and quiet when it is needed.

(TECHNOLOGY) Other countries are now using 3d printing to build homes to underscore their infrastructure. This shows the viability of the technology! 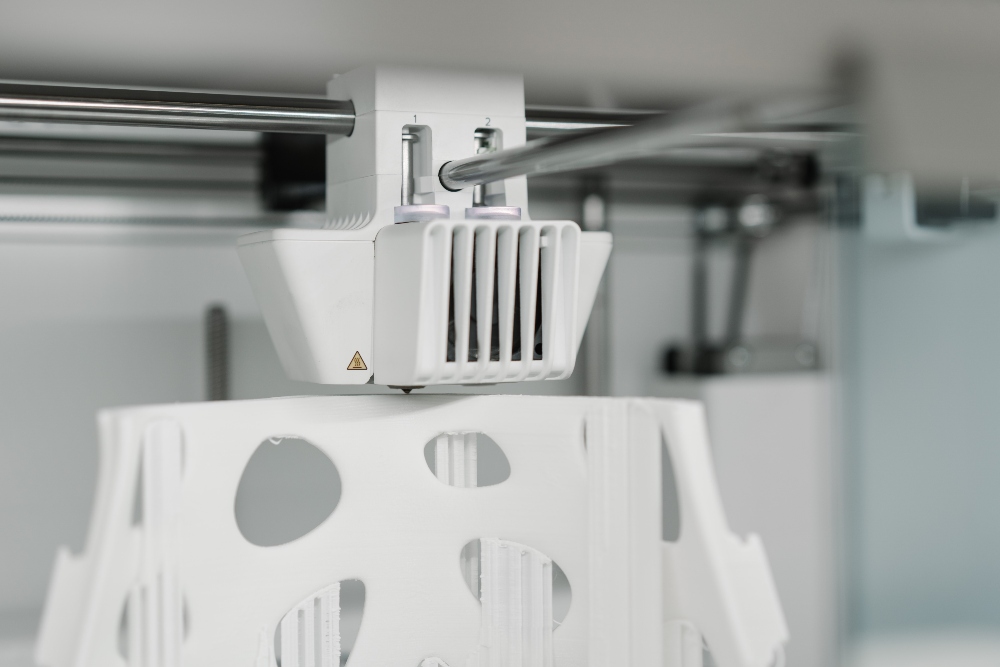 Recently, we reported that Lennar was using 3D printing to build homes in Austin. In 2014, the BBC reported that China was printing up to 10 homes a day at the low cost of $5000 per home. This trend is making strides in the real estate market, even though there’s still a long way to go. In a move that should give the industry confidence in 3D printing, Indonesia’s Public Works and Public Housing (PUPR) Ministry announced that they are using concrete 3D printing to build homes in rural areas. Eventually, plans are in the works to construct schools.

Indonesia is the world’s fourth most populous country. As with most countries, housing expenses are climbing in both urban and rural areas. According to Habitat for Humanity, 11.3% of the population lives below the poverty line. For comparison, in September, the U.S. Census Bureau released information that the U.S poverty rate increased to 11.4%, one percentage point over the same time in 2020. Affordable housing is a problem in Indonesia.

“This technology really helps us, so we can build faster, more accurately, and with precision,’ explains Kusumastuti, Indonesia’s Director General of Human Settlements.” The PUPR reports that 3D printing reduces waste and improves construction quality. Considering that up to 70% of housing is built by individuals, not private developers or the government, using 3D printing under the PUPR Ministry is an upgrade in a country that deals with many types of economic disasters, due to its climate.

As 3D printing is used in more construction projects, not only in the U.S. and China, it’s hoped that the real estate industry embraces the technology. Indonesia isn’t the only country that is trying out 3D printing. 14Trees constructed a school in Malawi using this method already, with the project taking around 18 hours. The company is undertaking more projects in Africa using this technology and more companies are building houses using 3D printing in the United States. It will be exciting to watch how this plays out in the various markets.

Why everyone and their mother own spy machines (aka smart speakers)

(REAL ESTATE TECHNOLOGY) Regardless of privacy issues with them, what does information about smart speakers, ownership, and usage tell us about future trends? 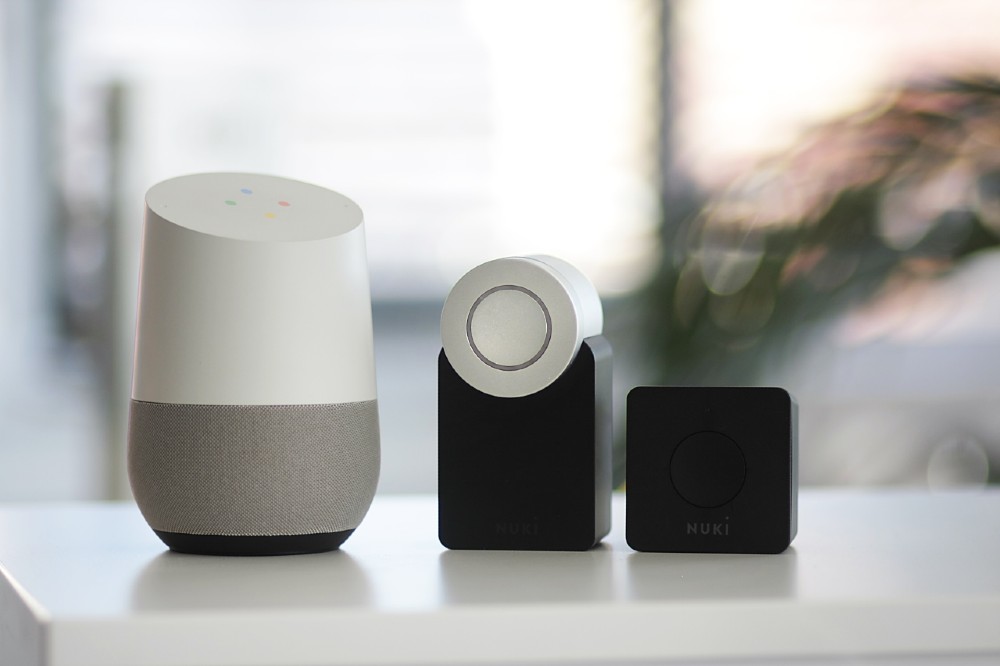 I don’t trust smart speakers, but even I can (begrudgingly) admit why they might be convenient. With just a simple wake word, I would be able to do anything from inquire about the weather or turn down my own music from across the room. And the thing is, plenty of people have bought into this sort of sales pitch. In fact, the worldwide revenue of smart speakers more than doubled between 2017 and 2018. And it’s projected that by 2022, the total revenue from smart speakers will reach almost $30 billion.

With over 25% of adults in the United States owning at least one smart speaker, it’s worth figuring out how we’re using this new tech…and how it could be used against us.

First things first: Despite the horror stories we hear about voice-command shopping – like when a pet parrot figured out how to make purchases on Alexa – people aren’t really using their smart speakers to buy things. In fact, in the list of top ten uses for a smart speaker, making a purchase is at the bottom.

Before you breathe a sigh of relief, though, it’s worth knowing where advertisements might crop up in more subtle places.

Sure, people aren’t using their smart speakers to make many purchases, but they’re still using the speakers for other things – primarily asking questions and getting updates on things like weather and traffic. And I get it, why scroll through the internet looking for an answer that Alexa might be able to pull up for you instantly?

That said, it also provides marketers with a great opportunity to advertise to you in a way that feels conversational. Imagine asking about a wait time for a popular restaurant. If the wait is too long, it creates the perfect opportunity for Alexa to suggest UberEats as an alternative (promotion paid for by UberEats, of course).

Don’t get me wrong, this is already happening when you search Google on your phone or computer. Search for a tire company, for instance, and the competitors are sure to appear in your results. But as more and more consumers start turning their attention to smart speakers, it’s worth being aware that they won’t be the only ones.