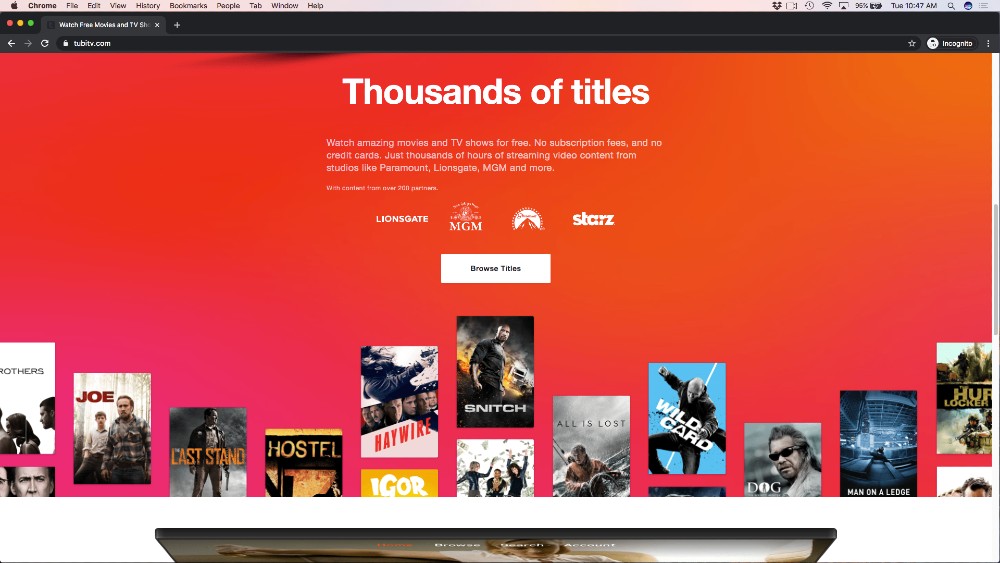 In 2005, YouTube took the world by storm. A couple of years later, Netflix moved away from its original plan of DVD rentals and switched over to streaming video on demand. At the time, it was a groundbreaking idea. Netflix now reports over 60 million US subscribers.

Who knew it would disrupt the cable industry? Netflix once dominated the market, largely because it was the only service. Today, there are dozens of streaming services that offer hundreds of options. We’re no longer limited to the big three, Netflix, Hulu and Amazon Prime Video. Let’s talk about Tubi, which is making a strong statement.

Tubi started in 2014 as a free service. Last year it reported 20 million monthly users. The latest report is that it’s up to 25 million active monthly users. You can find Tubi on many different streaming devices, Roku, Fire TV, Apple TV and more. One source reports that Tubi has over 50,000 titles, from your favorite reality shows of the past decade to movies from past eras.

Tubi really is free. The service does not offer a premium level. You won’t have to enter a credit card. It is ad-supported, but the ads aren’t intrusive or prevalent. You don’t even need an account to watch Tubi, unless you’re watching programs that are rated R or designated as mature.

The one downside to Tubi is that it doesn’t have a lot of high profile content. Many of the programs seem to be cult favorites. But it does have a large library of content. All of which is free. It is a good alternative to Netflix when you’re waiting for the next season of whatever original programming you like. In my house, that would be “The Crown.”

Tubi’s content changes throughout the month. Don’t assume that just because you see a title today that it will be there tomorrow.

The streaming industry is growing by leaps and bounds. In just a few months, Disney+ has gained 41 million subscribers. Tubi may have a hard time keeping up if it doesn’t keep expanding its library. But thankfully, consumers now have other options beyond Netflix.

In this article:tech news, The News, tubi