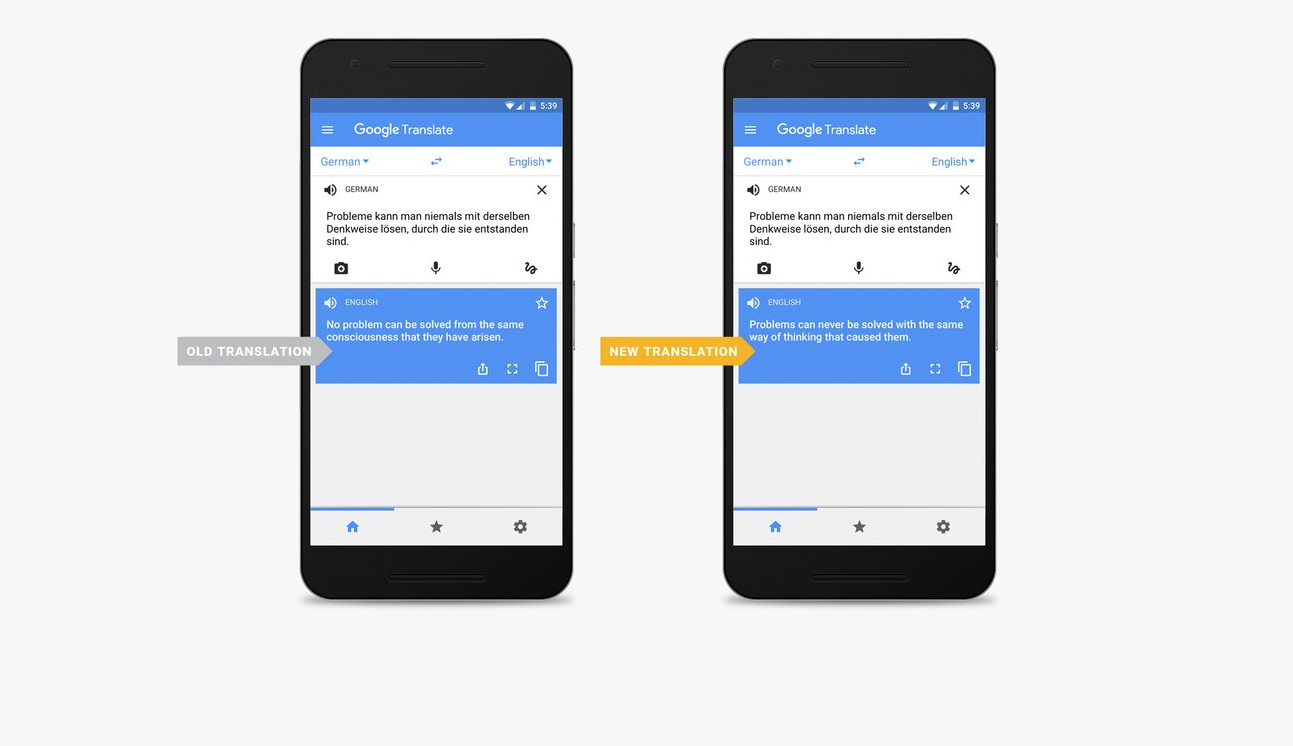 Google announced they will use neural learning to improve their translation services. Google translate has been around for ten years, and has grown considerably in that time from translation a few languages to 103.

Although it wasn’t perfect, it put mostly functional translation at the public’s fingertips, which was a game changer for many personal and professional interactions that take place online and across borders.

What have they been using?

Until now, Google Translate has been powered by statistical machine translation , a paradigm in which translations are made by using statistical models that are formed by large pieces of bilingual texts.

This was a new way to use machine learning but could only take Google so far in their ambitious universal translation goals.

Where no dictionary has gone before

Barak Turovsky, the lead of Google Translate, explained in a blog post that the future lies in Neural Machine Translation.

The technique involves translating at a higher level of understanding, for example, looking at an entire sentence instead of each individual word. This lets it use more context to determine the best, rather than most literal, translation.

It also will produce translations that have already been rearranged and adjusted to the more natural, instead of delivering a scramble of individually translated words.

This will be especially useful when translating longer passages, where grammar and continuity become crucial for understanding.

What’s the dealio, yo?

Turovsky didn’t get into the nitty gritty, but explained that this “end-to-end” approach to translation is made possible because the translation system will learn over time to create better more human-like translations.

“With this update, Google translate is improving more in a single leap than we’ve seen in the last ten years combined.”

The new system will be implemented first with the most commonly requested languages: English, French, German, Spanish, Portuguese, Chinese, Japanese, Korean, and Turkish.

Along with the new system, which will eventually be expanded to include all 103 languages, they released Google Cloud Translation API which makes the Neural Machine Translation engine available for business to use. Google also gave a shout out to the Translate Community, where multi-linguistic users can help contribute and review translations to help the hive mind talk more like a real boy.

Although this is exciting news that might lead to more unity in our digitally-global society, I’d be lying if I said I wasn’t sad that it might herald an end to the funny Google Translate videos like this one.

In this article:google, google translate, neural learning, Tech, The News