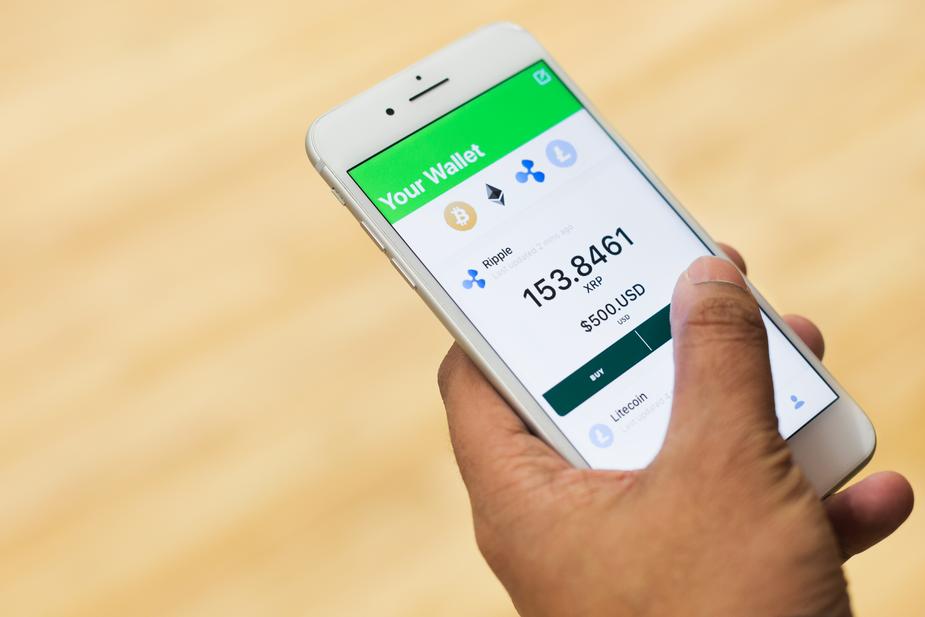 Cyrptocurrency is the buzz here at AG, and we’ve collected some of our favorite crypto stories all in one place for your reading pleasure. Full disclosure, I wrote like, half of these. But I swear I didn’t pick the list — it was curated by the higher ups. Get all caught up on the latest in digital currency and have fun rabbit-holing down whatever catches your attention:

How to keep the IRS off of your ass when you invest
So you bought some Bitcoin because all your friends were doing it, but now tax time is coming up and you’re like wait what do I do with this? Does the IRS need to know about my awesome digital currency investment? Yes, they do. Good news though, you can stay out of tax jail using Token Tax, a tool that helps report your cryptocurrency investments. Think of it as the Turbo Tax of crypto, and your personal tax savior this year.

TokenAI converts money into Total Market Tokens, which can be bought in bulk and converted into any form of crypto. Its creators note, “AI does not feel fear, does not get greedy, does not have an ego,” so the emotional nature of trading is removed making for better investment opportunities.

Blockchain has a competitor that could already obsolete the tech
Blockchain better watch its back, there’s a new kid on the block…chain. Data structure and consensus algorithm Hashgraph offers an alternative to blockchain, with a decentralized platform that uses Asynchronous Byzantine fault tolerance, faster transactions, and could maybe even use your smartphone as a node. Since Hasgraph uses every container in a chain, transactions could be up to 50,000 times faster than blockchain.

Millennials prefer bitcoin to stocks
Last November venture capital firm Blockchain Capital conducted a survey that found participants in the 18-34 age range preferred Bitcoin to stock. Respondents said they would rather own $1000 of Bitcoin than government bonds or stocks. As cryptocurrency becomes easier to buy, trade, and sell, its popularity rises.

Plus, the decentralized yet transparent nature of transactions gives crypto a leg up on banks, since many millennials are wary of traditional banking methods (hi, Wells Fargo).

Debit card that lets you spend crypto lke cash
In November, London Block Exchange (LBX) announced plans for a cryptocurrency debit card dubbed “Dragoncard” because why not. Dragoncard will be powered by Visa, allowing users to spend crypto like cash by converting digital currency to sterling with the LBX app. Currently, the app will support Bitcoin, Ethereum, Ripple, Litecoin, and Monero.

LBX will handle conversions when using Dragoncard at retailers to (hopefully) speed up transactions. Due to release sometime this month, pre-registration for the digital wallet app is still open to the public if you’re lucky enough to be in the UK.

Space crypto
It’s a bird, it’s a place, it’s…space crypto? Nexus cryptocurrency aims to team up with the aerospace industry to broadcast its network from space instead of Earth. By throwing up a ton of satellites into the atmosphere, crypto infrastructure would theoretically be free from government and telecommunication regulation.

Nexus cryptocurrency founder Colin Cantrell’s father Jim Cantrell is a space entrepreneur, because that’s a thing we can be now. With their powers combined, we may have cryptocurrency in space.

The crypto that keeps Buddhists honest
Surprise, everyone can be terrible, even monks. In light of recent a corruption scandal in Thailand where several Buddhist temples were suspected of embezzling, American Buddhists are turning to cryptocurrency to build trust. Lotus Network, a “digital temple” where students and teachers can connect, uses blockchain to track online transactions.

Students can pay for classes and even make donations to specific teachers or temples with “Karma Tokens,” an Ethereum-based cryptocurrency. Since everything is tracked with blockchain, funds and spending are totally transparent, which will hopefully curb corruption.

Russia made cryptocurrencies illegal, and then made their own that IS legal. Pretty neat, comrades.
Back in October 2017, Russia decided it wasn’t really into all that cryptocurrency stuff. At least, the government wasn’t a fan of crypto that it didn’t create for itself. So after blocking citizens from accessing cryptocurrency on the basis of it being a “pyramid scheme,” the Kremlin released its own digital currency, the CyrptoRuble.

In complete defiance of the whole decentralized thing that makes crypto so appealing to users, CryptoRuble will likely be heavily monitored by the Russian government.

What happens to crypto if net neutrality dies for really real, tho?
Hey, remember that time the FCC decided to burn net neutrality at the stake and we were all worried about Netflix and stuff? Well net neutrality’s death may also impact cryptocurrency. If the execution goes as planned, Internet Service Providers could throttle the speed of crypto exchange sites, prioritize their own interests, or even cut off access entirely. Maybe go write or call your Congress representatives.