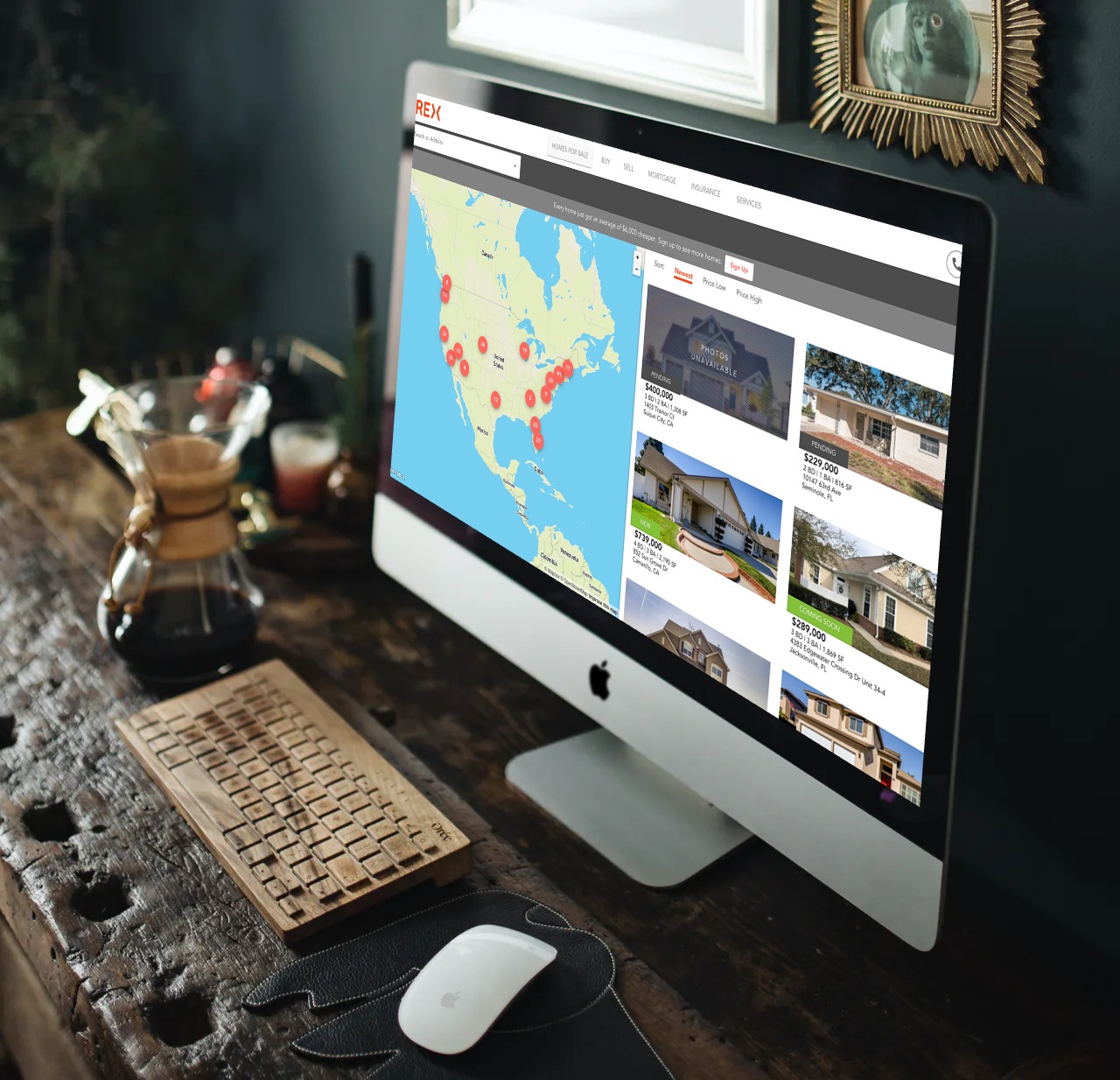 REX accuses NAR of “non-negotiable” compensation structures baked into the MLS, an assertion that has been proven otherwise in the past.

They go on to accuse Zillow of making changes recently to their site that makes “non-MLS listings accessible only via a recessed, obscured, and deceptive tab,” leading to REX’s listings (on Zillow) losing traffic, “severely impacting REX’s reputation, its ability to execute its innovative and disruptive business model, and driving consumers away from REX and back into the MLS regime, ensuring higher commissions that benefit NAR’s members” which they say ultimately disadvantages consumers.

REX claims that Zillow (and other real estate aggregators) have helped them “to maneuver around the NAR/MLS cartel’s high commission structures” by aiding them “to reach a large audience of potentially interested buyers.”

But then Zillow went and became an ibuyer, shifting their focus from search to owning inventory, eventually joining NAR in 2020.

REX accuses Zillow of hiding non-MLS listings like theirs through their redesign. All of their homes are listed by a licensed real estate agent, but they are not NAR members and proclaim they never will be.

The crux of REX’s argument is that as a newly minted member of NAR, Zillow must follow rules set by NAR (which is done by members in committees, not the executives), and so they have joined forces to conceal non-MLS listings on Zillow’s site, thus entering into an anticompetitive posture together.

“Zillow began like so many other platforms: it served a great value to American consumers. Unfortunately, we see Zillow as backtracking on their original mission to serve consumers, instead focusing on their own profits,” said REX CEO Jack Ryan in a press release today.

In the last week of February, REX presented this case to 35 states attorneys general, leading up to their federal filing (their presentation can be found here).

The full lawsuit can be found here.

In a statement to The American Genius, Mantill Williams, NAR VP of Communications states, “This lawsuit has no legal basis, and we intend to vigorously contest it. This is an example of a brokerage trying to take benefits of the MLS system without contributing to it. It has been long recognized that the MLS system provides considerable pro-consumer, pro-competition value. REX’s lawsuit seeks to undermine that consumer value—simply for REX’s own benefit.”

Williams continues, “The MLS system levels the playing field for small businesses and allows innovation to flourish, all to the benefit of buyers and sellers. The advanced MLS technology gives publishers access to all the same information, allowing buyers to see as many properties for sale in one place as possible, while simultaneously ensuring sellers have access to the largest pool of buyers. Because of MLSs, we’re at a point in the market where we’re seeing unprecedented benefits to consumers and competition among brokers, especially when it comes to service and commission options.”

A Zillow spokesperson tells us, “We are aware of the lawsuit and believe the claims are without merit and intend to vigorously defend ourselves against it. Zillow is committed to giving consumers the most up-to-date housing information on the most amount of listings possible on a single platform. As part of our switch to MLS Internet Data Exchange (IDX) feeds and becoming formal MLS participants earlier this year, we were required to make changes to the way some listings appear on the site in order to be compliant with MLS rules. As a result, when using one of our platforms to search for homes, buyers may see two options to view their search results – “Agent listings”, and “Other listings” – which include For Sale by Owner listings or Coming Soon listings not on the MLS or, for that matter, on most other real estate sites.”

They conclude, “As part of our efforts to empower consumers, we have been actively working to update the industry rules, including those around ‘co-mingling,’ to allow a seamless search experience so we can continue to display all types of listings on our platform.”