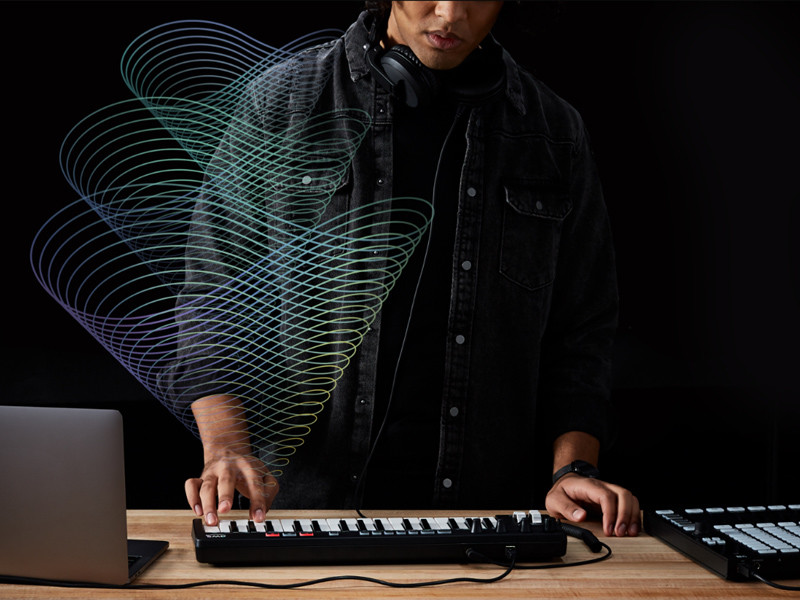 Musicians, listen up, there’s a new kid in town, its name is DeepComposer and it’s coming to take your creativity and turn it up to 11.

Artificial Intelligence has taken a leap into what has long been considered the “pinnacle of human creativity”, as Amazon revealed what is said to be the world’s first machine learning-enabled keyboard capable of creating music.

Demonstrating DeepComposer’s abilities, Dr. Matt Wood, Amazon’s VP of Artificial Intelligence, played a snippet of Beethoven’s “Ode to Joy” and then let the keyboard riff on it with drums, synthesizer, guitar, and bass, sharing a more rockin’ version of the masterpiece.

Generative AI, is considered by scientists at MIT to be one of the most promising advances in AI in the past decade, Wood told the crowd. Generative AI allows for a machine not only to learn from example, as a human would but to take it next level and connect the dots, making the next creative step to composing something completely new.

“It [Generative AI] opens the door to an entire world of possibilities for human and computer creativity, with practical applications emerging across industries, from turning sketches into images for accelerated product development, to improving computer-aided design of complex objects, Amazon said on its AWS re:Invent website.

How does it work? The Generative AI technique pits two different neural networks against each other to produce new and original digital works based on sample inputs, according to Amazon. The generator creates, the discriminator provides feedback for tweaks and together they create “exquisite music”, Wood explained.

A user inputs a melody on the keyboard, then using the console they choose the genre, rock, classical, pop, jazz or create your own and voila, you have a new piece of music. Then, if so desired users can share their creations with the world through SoundCloud.

This is the third machine learning teaching device Amazon has made available, according to TechCrunch. It introduced the DeepLens camera in 2017 and in 2018 the DeepRacer racing cars. DeepComposer isn’t available just yet, but AWS account holders can sign up for a preview once it is.

In this article:deepcomposer, tech news, The News