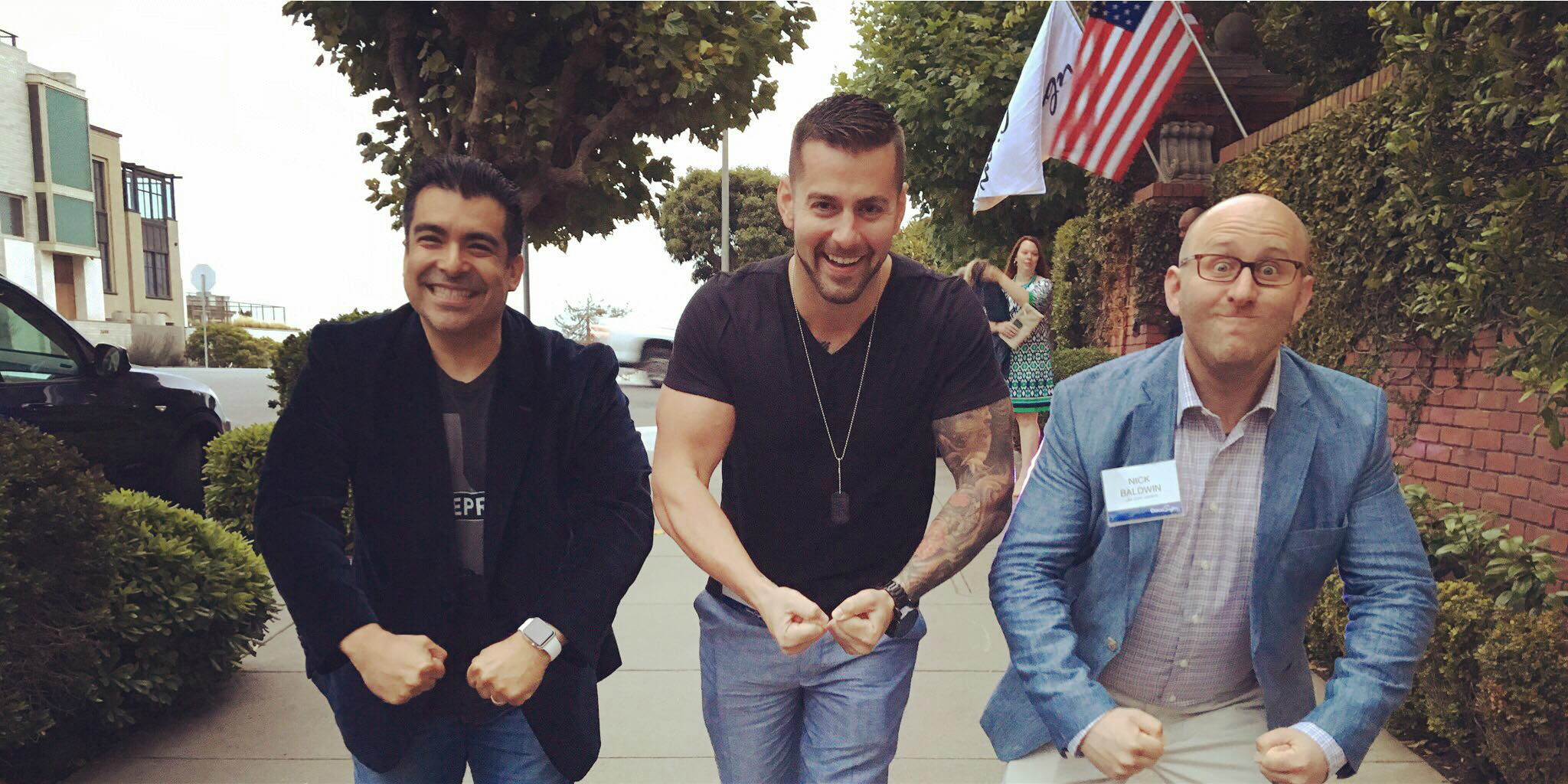 The story begins on August 4th, 2016. The opening scene is a private luxury shuttle where a group of men and women boarded to be whisked from the Inman Connect San Francisco tour of a posh mansion to the Inman Innovators Award event. On the ride over, something went awry.

The men believed that just a few rows away from the women, they could have a private conversation. Locker talk, if you will.

“I swear, I would have punched that bitch if I knew I could do it without fucking killing her.”

“I mean, I know how to hit a cunt so that she can hide the bruises.”

“You guys know what I mean — fuck all the bitches, amiright?”

“Yeah, man… you had every right to fuck that bitch up.”

“If my girl ever did that to me she would fucking regret it for sure.”

“Hell yeah… who’s the hottest girl you have ever screwed off of Tinder?”

One of the women began to recognize the voices. The women were then addressed directly. “Are you ladies learning something up there?! Don’t ever cheat on your man or he has every right to fuck you up.”

Related editorial: A true story of misogyny in the real estate industry

None of the women shared their story until Thursday, October 13th when Stacie Perrault Staub outlined the encounter in detail, never naming the men or offering hints as to their identities.

The three men implicate themselves

All three men implicated themselves on Friday, October 14th, posting on Facebook that they were on the bus, but claimed they never said anything to that effect while they privately discussed a crumbling marriage.

The morning after the bus ride in question, this picture was posted on Instagram:

The three men have not responded to our requests for comment, but our email tracking system confirms they have opened the emails.

On Monday, October 17th, a Keller Williams spokesperson said, “Derogatory statements and actions have no place in our Keller Williams’ culture. We take these matters seriously, and have taken immediate action.” We have asked for clarification as to what actions have been taken.

Throwing gasoline on a fire

On Friday, the three men called Staub (as well as witnesses Valerie Garcia and Nikki Beauchamp) liars, even making videos on the topic to defend their innocence and subsequently deleted the videos from the “closed” Lab Coat Agents (LCA) group on Facebook. Anyone that watched this group today saw threads deleted in front of them.

While the videos, self-implicating status updates, and references to this incidence have been scrubbed from LCA, we have hundreds of screenshots as well as shared videos, just as countless private Facebook groups and real estate practitioners do.

For example, the deleted videos have since been uploaded to YouTube (courtesy of Rob Hahn):

People offended by the scrubbing efforts have re-posted screenshots of others questioning the LCA founders. Those have also been deleted by LCA.

Group members have gone as far as finding old tweets from George as far back as 2015, asserting that they depict an ongoing misogynistic attitude.

Another group member confronted Baldwin directly, alleging that moments after meeting, Baldwin bragged to him about having sex with one of the event hosts. That post was removed (and was defiantly reposted by other LCA members).

A source close to the story tells us that this is far from over, and one of the women tells us she is “terrified.” Another source indicates the witnesses are upset at being named by blogger Rob Hahn, although many people have publicly tagged the three women in Facebook status updates to show their support. Several people have told us that there are private backchannel conversations going on that are being perceived as threatening.

The allegations have led to respected industry leaders to leave the Facebook group, along with others that are purportedly blocked from seeing or returning to the LCA group. Many have left, some have been banned by LCA administrators.

The three men have confirmed they were on the bus, had a personal conversation, and they have called the women liars, and apologized if anyone was offended, but have yet to recount what exactly their conversation entailed (which at this point is irrelevant, as they continue to deny the account of that day).

While numerous sources are speaking to us off of the record for fear of retribution, New York broker, J. Philip Faranda had intimate knowledge of this encounter prior to Staub’s original post being published and he opined brashly.

Faranda calls this “a brand-killing event” for Lab Coat Agents.

Moving forward in a post-Inman-bus world

According to Inman, Lab Coat Agents’ Baldwin and Ahumada are “de-facto consultants” for real estate tech firms in exchange for equity. Further, Ahumada told Inman he had been flown in by the VP of realtor.com to consult on various Move, Inc. products. Previously, Baldwin told The Real Daily that they were being brought in by realtor.com to take over the still defunct Tech Savvy Agent blog.

Move and realtor.com have not responded to our request for comment, although the email request has been opened 13 times as of publication. The National Association of Realtors has verified with The Real Daily that they have no affiliation with Lab Coat Agents, financial or otherwise.

In full disclosure, leadership at The Real Daily was previously invited (and we ultimately declined) to speak at the first LCA conference by Baldwin, who by all standards has maintained a professional tone during all of our interactions.

Ultimately, this is a black eye on the industry as Staub’s original blog post has been shared across social networks in front of endless consumers.

At home or at a conference, Realtors are held to a Code of Ethics, a Code of Excellence, and to higher standards of behavior. The egos of a few won’t be allowed to damage the reputation of 1.2 million Realtors in America. The real estate industry continues to protect consumers (and to an extent other agents) from this behavior; for example, NAR amended the CoE to protect LGBTQ couples from being discriminated against while the federal government continues to deliberate.

Consumers would not expect any other industry to tolerate even a hint of bullying, intimidation, sexism, or indirect threats of violence. Even from real estate vendors.

Since publication, Valerie Garcia and Nikki Beauchamp have both put forward statements corroborating Staub’s account of the incident.

This is an ongoing story and we will keep you updated.

UPDATE: Industry leader Jeff Lobb reportedly left the group and was blocked prior to this incident and for separate reasons.